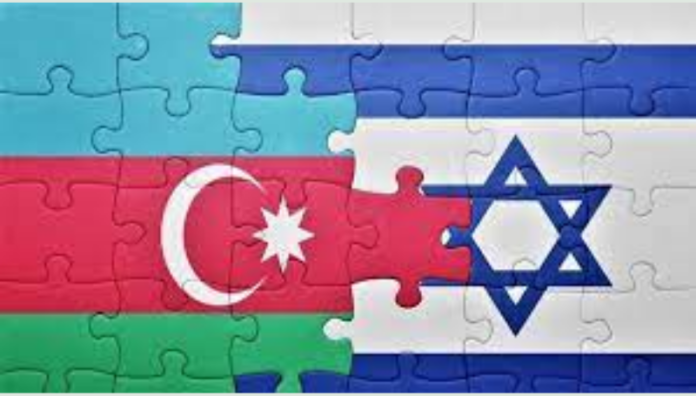 Azerbaijan and Israel’s Encirclement of Iran

Why We Should Care About Threats to Azerbaijan

One Year After the Second Karabakh War, the U.S. Needs to Increase Engagement in the South Caucasus

Iran Flexing Its Muscles In Azerbaijan Border | English News | World News | WION: YouTube, Oct. 9, 2021 — Iran is flexing its muscles in the region. First, it held war exercises near the Azerbaijan border. Now it has warned Israel over its presence in the country.

Iran-Azerbaijan: What is Behind the Recent Tensions?:  MEE staff, Middle East Eye, Oct. 10, 2021 — Tensions between Iran and Azerbaijan, which share a 700km border, have been ramping up in recent weeks.

Iranian Azerbaijan Border Drill a Warning to Israel, Turkey and Russia:  Ynet, Oct. 6, 2021 — Tensions between Iran and Azerbaijan have been on the rise in recent weeks.

Raisi Presidency Challenged to Tackle Three Major Problems Between Iran and Azerbaijan: Rahim Rahimov, The Jamestown Foundation, Eurasia Daily Monitor Volume: 18 Issue: 140, Sept. 15, 2021 — As new Iranian President Ebrahim Raisi forms his government, Baku and Tehran are expected to enter the next uneasy and uncertain phase in their bilateral relations. In particular, issues relating to the unfinished railway segment of the North-South Transport Corridor (NSTC) and the controversial hydropower projects on the Azerbaijani-Iranian border remain unresolved. On top of those, the augmenting Azerbaijani-Israeli partnership is a major factor that continues to complicate Tehran’s perspective on Azerbaijan.

Why Azerbaijan Needs to Distance Itself from Israel:  Tehran Times, Oct. 11, 2021 — This overconfidence on the part of the Republic of Azerbaijan has largely led Iran to stage its largest military exercise in decades to make Baku understand that messing up with Iran’s national interests in the south Caucasus region has its price. The ground forces of Iran’s Army carried out one of their largest movements during a military drill meaningfully dubbed “the Conquerors of Khaybar” along Iran’s borders with Azerbaijan and Armenia.

Daily Briefing: ARE US JEWS LOSING THEIR JEWISHNESS?