Why We Should Care About Threats to Azerbaijan 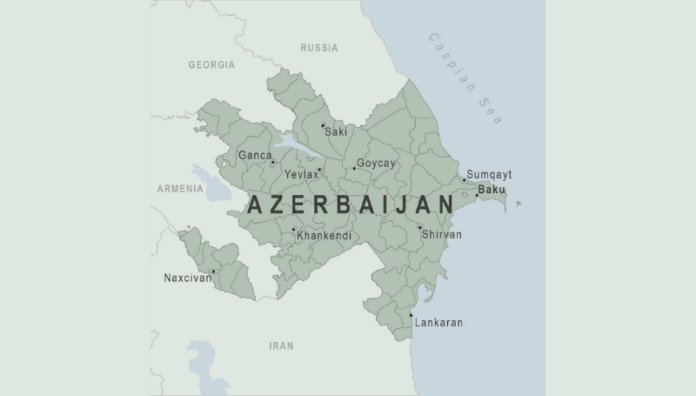 “For all of its obscurity and remoteness, the security of Azerbaijan is an issue that ought to concern more than the 10.2 million people who live there.”

Most Americans couldn’t find Azerbaijan on a map. The former Soviet republic is located in between the Caspian Sea and the Caucasus Mountains, and has as its neighbors the republics of Georgia and Armenia – other former captives of the tsarist and Communist empires – as well as the southern reaches of the Russian Federation ruled by Russian President Vladimir Putin. To its south is Iran, a country that counts a third of its people as ethnic Azeris. All of which is to say that although this part of the world is largely unknown to Americans, it’s a fairly dangerous neighborhood.

So when Iran deployed a large portion of its army and conducted military exercises close to the Azeri border last month, the people of that much smaller country and its government, located in the ancient city of Baku, held their breath. For all of its obscurity and remoteness, the security of Azerbaijan is an issue that ought to concern more than the 10.2 million people who live there.

Understanding the complicated politics of the Caucasus region isn’t easy. Nor is all of what’s going on there directly connected to issues that concern the security of the Middle East, the West or the United States. But Azerbaijan’s current dilemma illustrates the ripple effect of actions taken elsewhere. That country’s conflicts with its neighbors in Armenia and Iran, as well as with Russia, cannot be viewed in isolation. More to the point, seemingly unrelated actions taken by other countries that do not, at least on the surface, have much to do with them, such as America’s disastrous retreat from Afghanistan or the Biden administration’s stubborn determination to revive former President Barack Obama’s policies aimed at appeasing Iran, are actually having serious consequences on the ground that cannot be ignored.

The first thing to understand about the borders of the countries in the Caucasus is that, not atypically, they were often drawn with little concern for the loyalties of the local populations. Just as a huge chunk of Iran is populated by Azeris who are considered suspect by Tehran, a portion of Azerbaijan – a region called Nagorno-Karabakh – is heavily Armenian. The neighboring republic of Armenia has coveted the territory since the breakup of the Soviet Empire 30 years ago, and it has been the cause of intermittent and sometimes bloody fighting since then. In this conflict, Russia has been supportive of the Armenians while Turkey has backed the Azeris. The Azeris have defended their sovereign territory from what they consider to be a foreign invasion while Armenians talk about a long struggle that dates back more than a century to the genocide perpetrated against them by Turkish Ottomans.

That war flared up last year and, once again, the Azeris prevailed, largely due to the arms it had received from Israel.

Why is Jerusalem involved in this mess?

Simply put, the Jewish state is, as it has been throughout its modern existence, looking for allies with common interests. In this case, that means a common fear of Iran. The connection with Azerbaijan also gives Israel some leverage in its always complicated relationship with Russia and even with Turkey, whose authoritarian Islamist government of Recep Tayyip Erdoğan is deeply hostile to Israel, yet regards Iran as a more potent threat to its security.

For the Azeris, as with the Gulf state Arabs who have embraced Israel as part of the Abraham Accords, Israel is a vital ally against Iran and a useful source of military equipment and training.

By helping the Azeris hold their own against more powerful foes, Israel has given the Islamist regime in Tehran, which continues to dream of regional hegemony and of perpetrating nuclear genocide against the Jewish state, a reason for caution. Indeed, Jerusalem has placed both a painful thorn in Iran’s side and undermined Russia’s influence. Though it has largely flown underneath the radar of the international press, the alliance between Israel and Azerbaijan has flourished.

This has created a balance of power in the Caucasus that has, despite occasional efforts by Armenia to overturn it, remained relatively stable. But like the ripples that emanate from a rock thrown in a body of water, the impact of other seemingly unrelated actions has the potential to overturn it all or at least encourage miscalculations that may lead to bloodshed.

While the Biden administration seems to believe that its retreat from Afghanistan is just a matter of bad optics, the implications of the collapse of an American ally are more than theoretical. Anything that weakens the United States and strengthens those pledged to continue waging war against the West – both figuratively and literally, as is the loss of a treasure trove of American military equipment to the Taliban – becomes noticed by those who share such goals.

So it was hardly surprising that in the aftermath of that disgraceful episode, Iran began flexing its muscles. Already emboldened by President Joe Biden’s feckless attempts to bribe them to re-enter the 2015 nuclear deal in talks being conducted in Vienna, the Iranians decided to send a message to the Azeris. By mobilizing its forces on the border and conducting exercises, Iran was telling the Azeris that their good relations with Israel and the United States are no defense against Iran’s military might.

And in case the Azeris didn’t understand the implications of this gesture, Iran let it be known that the second phase of the effort was code-named Operation “Fatehan-e Khaybar” or “Conquerors of Khaybar.” The reference to Khaybar is telling; it’s the name of a battle that took place in 628 CE in which the early Muslim caliphate led by the Prophet Muhammad wiped out the Jewish tribes that lived in part of what is now Saudi Arabia.

Far from being intimidated, the Azeris think the Iranians are bluffing. In a gesture clearly intended to convey their confidence in their ability to defend themselves, Azeri President Ilham Aliyev paid a visit earlier this week to the city of Jabrayil, which was recaptured by his forces last year after it was occupied for a time by Armenian-backed separatists. To reinforce his point, the Azeris staged a photo opportunity in which Aliyev was pictured fondly patting an Israeli-made Harop drone, a weapon that had helped his army defeat the Armenians.

In response, Iran sent its foreign minister to Moscow to confer with Russian Foreign Minister Sergei Lavrov to discuss their mutual displeasure with the Azeris.

This is the sort of saber-rattling that could lead to another war. But, thanks to the Israelis, the Azeris think that they are in a good position to stand up to Iran and remind Russia that their interference must be kept to a minimum. Aliyev understands that Iranian demands that he drop ties with Israel would leave his country defenseless. And despite its posturing, Iran knows it can’t afford to let animosity with Azerbaijan get out of hand since the rogue regime in Tehran is already up to its neck in risky terrorist conflicts elsewhere.

To the extent that Americans pay any attention to these events, the sheer complexity of these entangling alliances may cause them to regard the whole issue as one they should ignore. The United States, whose security is a function of continents and oceans, has often preferred to regard foreign affairs as a problem that others should worry about. But the obvious conclusions to be drawn from recent events are significant.

The strength demonstrated by Israel and Azerbaijan should be enough to keep the situation from escalating. Still, the reason why things threatened to get out of hand in the first place was the perception of American weakness and the encouragement that perception gave to Iran and other Islamists. 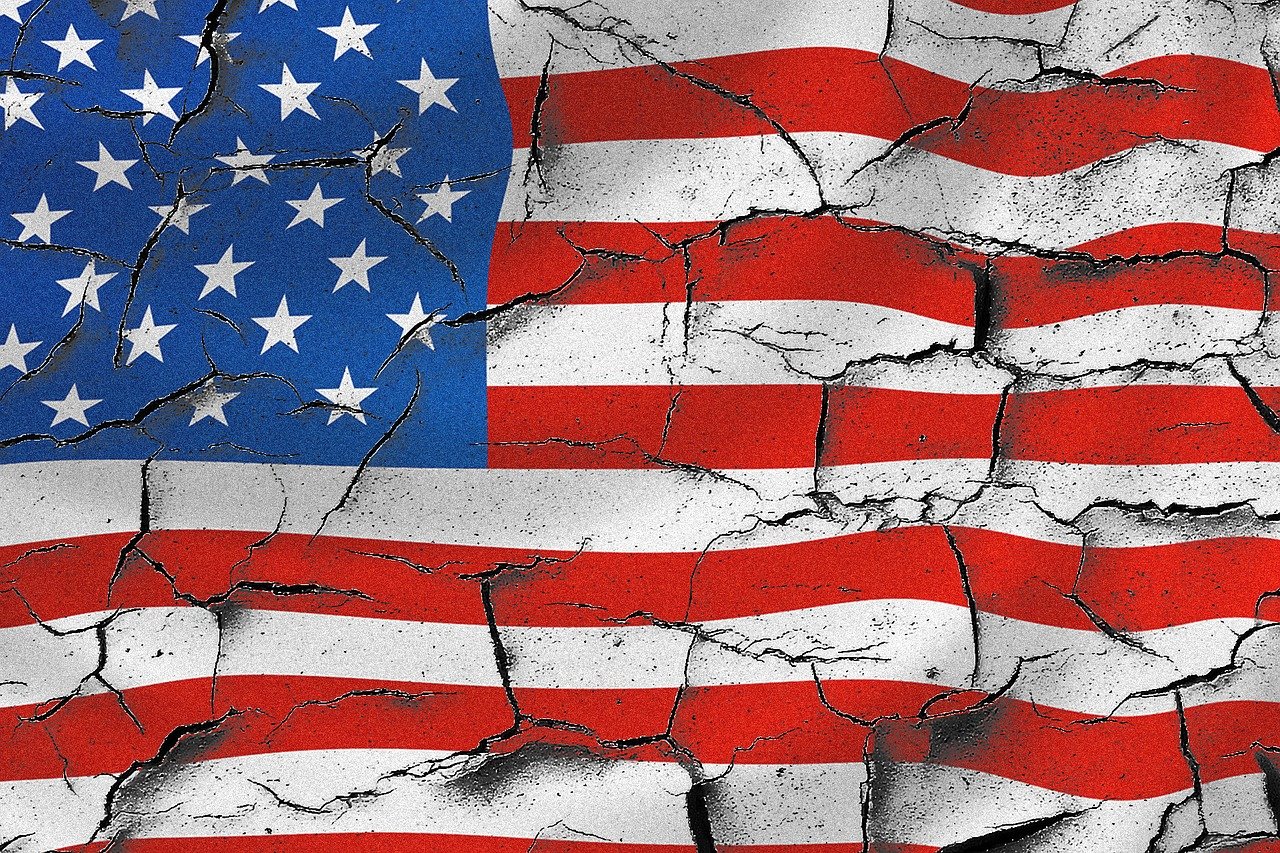 “Leading from behind,” as Obama and Biden seem to think is wise, is actually the most dangerous kind of defense and foreign policy that can be imagined, both for Americans and for those who look to them for leadership.