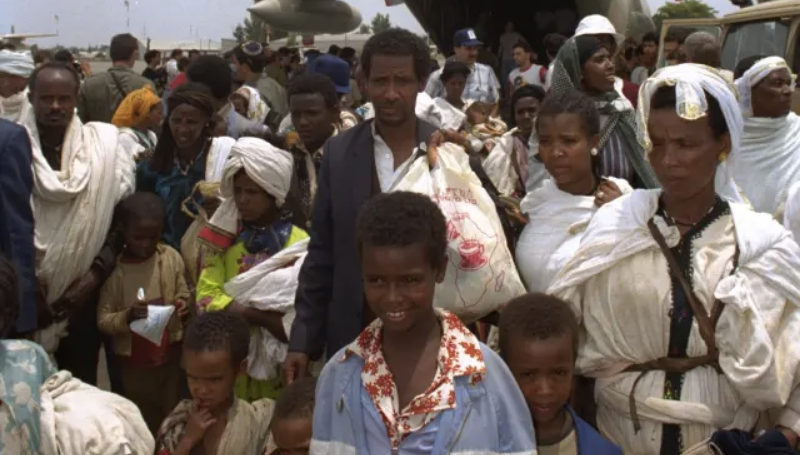 How Israel’s Mossad Used a Fake Red Sea Diving Resort to Save a Lost Tribe of Ethiopian Jews: Itay Had, The Wrap, May 9, 2018

WATCH: Remembering Israel’s First Rescue Mission for Ethiopian Jews:  United With Israel, Jan. 10, 2022 — Between November 1984 and January 1985, Israel secretly rescued over 8,000 Ethiopian Jews and brought them to safety in the Jewish state.

Chief Rabbi Freezes All Conversions To Judaism In Protest Of Planned Reforms:  Stuart Winer, Times of Israel, Dec. 29, 2021 — Chief Rabbi David Lau told the prime minister Tuesday that he will not approve any future conversions to Judaism as long as the government continues to advance a plan to ease the process and dilute the Chief Rabbinate’s control over it.

A Critical and Historical Crossroads for the Beta Israel: Roni Fantanesh Malkai, Jewish News, Dec. 27, 2021 — In the middle of the 19th century, a new and mysterious world of Jews in faraway Ethiopia was revealed through an exchange of letters between the leaders of Ethiopian Jewry and the sages of the Holy Land.

Massacres, Rape, Siege: Why Israel Must Stop Its UAE Ally Aiding Ethiopia’s Atrocities:  Alex de Waal, Haaretz, Dec.  16, 2021    — The Abraham Accords gave Israel new leverage across the Arab world. Israel has new allies, notably the United Arab Emirates. It’s now vital to examine what these allies might be doing — especially when they contradict the founding values of the State of Israel.

isranet org
Previous article‘I’m Jewish and Black – Where do I Fit In?’
Next articleDaily Briefing: WEDNESDAY’S “NEWS OF THE WEEK IN REVIEW” (January 12, 2022)

WEDNESDAY’S “NEWS OF THE WEEK IN REVIEW”

WEEKLY QUOTES “Without pressure from the West, the Islamic regime in Iran could get their hands on a nuclear bomb very soon. The world...
Read more
Isranet Daily Briefing

Far-right Conspiracy Theories Are Now Embedded in the UK Mainstream:  Melanie Phillips, Open Democracy, May 24, 2022 -- The threat of far-right terrorism is...
Read more