The Beta Israel: The Return of a Lost Tribe 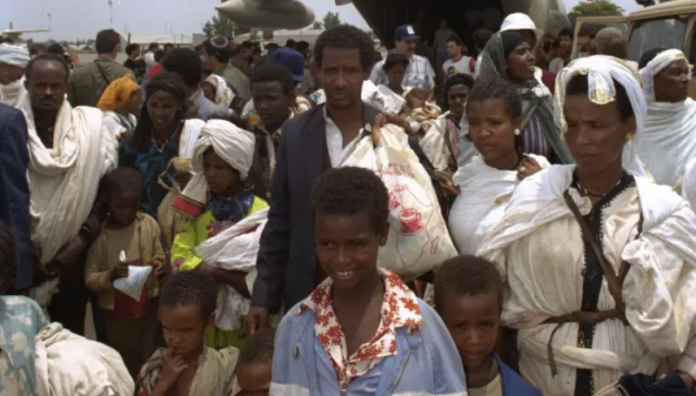 “… if the Ethiopian-Jewish community wishes to return to rabbinic Judaism, they would be received and welcomed into the fold, just as were the Karaites who returned to the teachings of the Rabbanites in the time of Rabbi Abraham ben Maimonides.”

Two words sum up the dramatic ongoing saga of a lost tribe’s return to the Jewish world: Miracle and Mission.

Let’s begin with the Miracle. The history of goes back millennia. For almost 2,000 years, the Beta Israel had their own community – even their own kingdom and army – in the Simien Mountains region of Ethiopia. Their main city was Gondar, and their king was said to be a descendant of the kohen gadol, the High Priest Zadok. Their Golden Age was from 850 to 1270 CE, when the community flourished and they lived autonomously.

While the Beta Israel was cut off from the rest of the Jewish world – indeed, they believed they were among the only Jews left on earth after the Temple’s destruction! – slowly, word of their existence began to filter out. Marco Polo and Benjamin of Tudela wrote of the existence of an independent Jewish nation, a “Mosaic kingdom lying on the other side of the rivers of Ethiopia.” Eldad Ha-Dani, a ninth-century merchant and traveler, told at length the story of the Lost Tribes of Israel, including that of the ancient tribe of Dan, who lived in Kush, the “land of gold,” mentioned in the first book of the Torah. They had the five books of Moses (Chumash), he reported, but not the Talmud we have today.

Throughout the centuries, the Beta Israel fought numerous wars against other tribes throughout Ethiopia – some Christian, others Muslim – and were subjected to numerous attempts to forcibly convert them. Many were killed or sold into slavery. One adversary who sought to subjugate them, the Emperor Zara Yacob (who reigned from 1434–1468), even proudly added the title “Exterminator of the Jews” to his name. Yet despite all the efforts to eliminate the community, and horrendous hardships, the Beta Israel survived and clung to their traditions.

In the 16th century, the chief rabbi of Egypt, David ben Solomon ibn Abi Zimra (also called the Radbaz, c. 1479-1573), proclaimed that in terms of halacha, the Ethiopian community was certainly Jewish. He wrote: “The matter is well-known that there are perpetual wars between the kings of Kush, which has three kingdoms; the Ishmaelites, the Christians and the Israelites from the tribe of Dan. They know only a few of the biblical commandments, but are unfamiliar with the Oral Law, nor do they light the Sabbath candle. War ceases not from among them.” He concludes that “if the Ethiopian-Jewish community wishes to return to rabbinic Judaism, they would be received and welcomed into the fold, just as were the Karaites who returned to the teachings of the Rabbanites in the time of Rabbi Abraham ben Maimonides.” 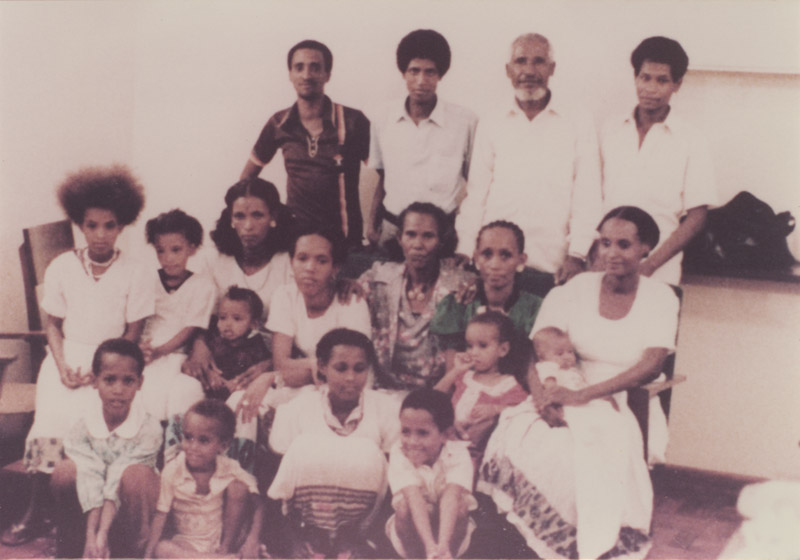 In the mid-19th century, the Beta Israel population was estimated to number about 250,000 people (a number that would be greatly reduced by the famine of 1882-1892). But Western missionary organizations began an intensive drive to convert them to Christianity. The London Society for Promoting Christianity Amongst the Jews began operating in Ethiopia in 1859. These Protestant missionaries, who worked under the direction of a converted Jew named Henry Aaron Stern, converted many of the Beta Israel community to Christianity, but also provoked a strong response from European Jewry.

As a result, several European rabbis proclaimed that they recognized the Jewishness of the Beta Israel community, and eventually, in 1868, the Alliance Israélite Universelle organization decided to send the Jewish-French Orientalist Joseph Halévy to Ethiopia to study the conditions of the Jews there. Upon his return to Europe, Halévy made a very favorable report of the Beta Israel community in which he called for the world Jewish community to save the Ethiopian Jews, to establish Jewish schools in Ethiopia, and even suggested to bring thousands of Beta Israel members to settle in Ottoman Syria (a dozen years before the actual establishment of the first Zionist organization).

The myth of the lost tribes in Ethiopia intrigued Jacques Faitlovitch, a student of Halévy. In 1904, Faitlovitch decided to lead a new mission in northern Ethiopia. He obtained funding from Jewish philanthropist Edmond de Rothschild and traveled and lived among the Ethiopian Jews. In addition, Faitlovitch managed to disrupt the efforts of the Protestant missionaries to convert the Ethiopian Jews, who at the time attempted to persuade the Ethiopian Jews that all the Jews in the world believed in Jesus. Following his visit in Ethiopia, Faitlovitch created an international committee for the Beta Israel, popularized the awareness of their existence and raised funds to enable the establishment of schools in their villages.

As a result of his efforts, in 1908, the chief rabbis of 45 countries made a joint statement officially declaring that Ethiopian Jews were indeed Jewish. This decision would later be affirmed by the leading rabbis of Israel, including Rabbi Avraham Yitzhak Kook, Rabbi Yitzhak Herzog, Rabbi Ovadia Yosef and Rabbi Shlomo Goren. The Jewishness of the Beta Israel community became openly supported among the majority of the European-Jewish communities during the early 20th century.

AND NOW, the Mission.

Jewish tradition holds that there is no greater mitzvah than pidyon sh’vuyim, the rescue of Jews at risk, or held captive. For the last half-century, Ethiopia’s Jews have struggled to join their brothers and sisters – literally – in Israel. Heroic efforts have been made by the Israeli government, through a series of daring exploits – including Operations Moses, Solomon and Joshua – to bring the Beta Israel home. They see themselves as no different whatsoever – other than the color of their skin – from the Yemenite, Iraqi, Moroccan or Russian communities who were welcomed into our country and integrated into our society. They survived devastating famines and endless wars; they battled poverty, forced conversions and discrimination, yet they held on to their dream of life in the Holy Land.

Now, thank God, all but 10,000 of them have returned. The others wait to be reunited with their families and join in our historic journey, in the sacred adventure we call Zionism. They are deeply spiritual, gentle yet strong, patient yet determined. They are remarkable in their resilience and they have been delayed all too long. It’s time to bring them home. ■