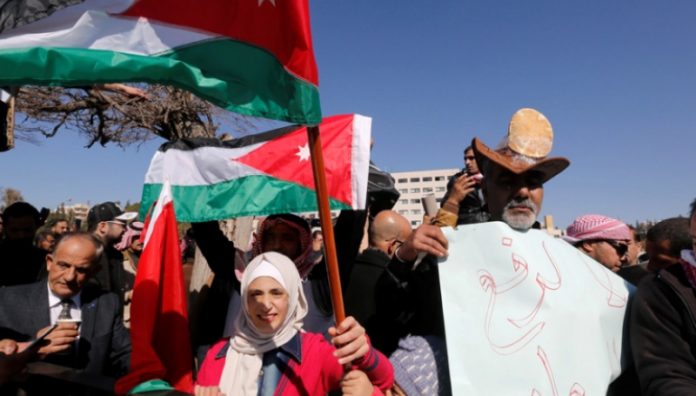 Jordan 2021: Cause for Concern in Israel, but No Need to Panic

Jordan Is Pushing For Rapprochement With Syria. But Is It To Reinforce Artificial Stability In The Region?

More Repression, Fewer Jobs: Jordanians Face Bleak Outlook:  Karen Laub, WVNSTV, Oct. 16, 2021 — As a poorly paid public school teacher, Khaled Jaber always needed a side hustle, working as a private tutor and using his car as a taxi to help pay the bills. For unexpected needs, such as medical expenses, he has had to borrow money from relatives.

Jordan’s Bid To Revive Political Landscape May Have Come Too Late:  Osama Al-Shariff, Arab News, Oct. 12, 2021 — Three months after it was formed, Jordan’s Royal Committee on Modernizing the Political System delivered its recommendations to King Abdullah last week. The 92-member committee, comprising public figures representing various political, social and economic streams, was given the task of submitting drafts for new elections and political party laws in addition to proposals to empower women and youth, and improve local administration.

Israel Signs Deal Doubling Water Supply to Parched Jordan:  Times of Israel, Oct. 12, 2021 — Israel formally agreed Tuesday to double the amount of freshwater it provides to neighboring Jordan, one of the world’s most water-deficient countries.

Jordan King Exposed Over Tax Havens and Luxury Homes:  Al Jazeera, Oct. 4, 2021 — Jordan’s King Abdullah II is among dozens of world leaders to have hidden millions of dollars in offshore tax havens and secretly bought luxury homes around the globe, according to an investigation published on Sunday.

isranet org
Previous articleJordan 2021: Cause for Concern in Israel, but No Need to Panic
Next articleDaily Briefing: WEDNESDAY’S “NEWS OF THE WEEK IN REVIEW” (October 20, 2021)