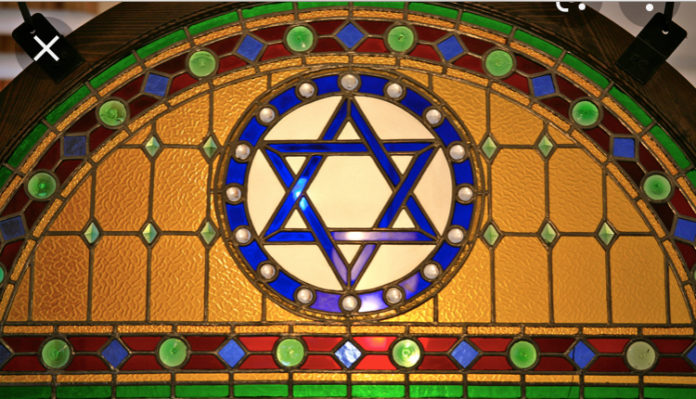 As an old joke puts it, a Jew walks into a bar, and three opinions enter with him. This joke, although stereotypical, accurately illustrates the confusion many Jews feel about what Judaism is. Historically Jewish ideas manifest themselves in our everyday lives, such as the obligation to abide by just laws, democracy, and establishing a day of rest. Still, too few secular Jews today have a well-rounded, concrete understanding of Judaism. Is it a religion? A faith? A nation? A culture? A common ancestry? Or a family? To determine what Judaism is, we must get down to basics.

According to the Jews’ foundational text, the Torah, G-D asked Abraham to leave Haran and go to Canaan, a foreign country. Obeying G-D’s call, Abraham founded the Jewish people. He fathered Isaac, who sired Jacob (Yisrael), and Jacob had twelve sons. Their descendants became the twelve tribes of Israel who conquered and inhabited the Holy Land. Modern Jews are descendants of the tribes of Judah and Levi; where the remaining ten tribes reside is disputed to this day. Together, these tribes and their descendants are considered “B’nai Yisrael” (the children of Israel).

Is Judaism, therefore, a big family, with all present-day Jews sharing common ancestors? The answer is not that simple. Since receiving the Ten Commandments at Mount Sinai and becoming a nation, others have joined the ranks by converting to Judaism according to Halakha – Torah-based Jewish law. As such, Jews do not necessarily share a common ancestry. However, as the most famous convert, Ruth, said, “thy people shall be my people, and thy G-D my G-D” (Ruth 1:16). Ruth alludes to common ancestry but also to something more profound – shared peoplehood and shared faith.

Where does culture enter into all of this? While dispersed around the globe, many Jewish cultures and subcultures emerged. In pre-modern Israel, Middle eastern Jews developed Sephardic traditions. European Jews, on the other hand, became known as Ashkenazi. More recently, an American subculture developed – which, while overlapping with the others, is nevertheless distinct from them (their contributions to Judaism are more institutional, political, and financial than Jews elsewhere). Indeed, the major branches are different enough to warrant Israel’s having two chief Rabbis: one Ashkenazi and one Sephardi.

Despite that, Sephardim and Ashkenazim retain many commonalities: namely, the study of the Torah, whose religious authority they accept, the following of mitzvot (holy commandments,) and a sense of nationhood and connection to the Land of Israel, which the Torah cultivates. These commonalities suggest that Jewish culture originates from the practices set forth by the Torah and is shaped by the experiences endured by each community. Furthermore, the differing aspects issue from the latter (experience) while the former (Torah) remains the constant, indicating that the Torah – “religion” or “faith” – is what binds Jews together.

Likewise, the sense of community is a significant characteristic of Judaism. It has showcased its strength repeatedly in the face of millennia of suffering, exile, and dispersion. As individuals and as a People, Jews were active members of their communities while maintaining close contact with other Jewish communities throughout their history. They have repeatedly fulfilled the commandment to “love [our] neighbours as [ourselves]” (Leviticus 19:18). In this regard, they took care of one another like family. Kabbalists refer to Jews as a spiritual family (converts included) that shares the same souls with the B’nai Yisrael present at Mount Sinai (Deuteronomy 29:14, Shevuot 39a9, Midrash Tanchuma Yitro 11). Why else would the Israeli government airlift Beta Israel (Ethiopian Jews) to the Holy Land or, more recently, offer COVID-19 vaccines to Holocaust survivors living in the Diaspora if not for this awareness?

Thus, Judaism cannot be easily categorized. Its foundations are religion, nationhood, and a commitment to the Land of Israel, where Jews can best actualize their collective identities. These three aspects of Judaism are inseparable. The Torah records G-D’s instructions to set up a nation in the Promised Land, live and govern their lives according to Torah, and connect with Him. This text is responsible for the Jewish people’s strength – religiously and nationally. For this reason, early Zionists demanded the establishment of a Jewish state in what was then called Palestine, Jews’ historical homeland, and not in Uganda, as was offered in 1903 to Theodore Herzl by British Colonial Secretary Joseph Chamberlain.

If Judaism is a nation and religion (faith) tied to a specific land, which aspect of the three is most significant? Is it Jews’ connection to the Land of Israel? Whereas Jews are indigenous to the land, a designation further confirmed by the United Nations and other legal entities, many Jews – and Christians – attribute its value solely to Jews’ Divine right to it, as designated in the Torah. Therefore, while integral to Judaism, Judaism’s defining aspect cannot exclusively base itself on the land.

Is it then nationhood and faith? Let’s examine our religious texts for clues.

Maimonides, the great Rabbinic scholar of the Middle Ages and codifier of Jewish law, believed nationhood surpassed religion. An observant Jew, he wrote the widely published Thirteen Principles of Faith, essential to Judaism. Yet even he stated that the holiest person has “no share in the world to come” if he “separates himself from the community” (Mishneh Torah, Teshuvah 3:6).

Ruth also privileges peoplehood over faith, referring to “your people” before “your G-D.”  Before Ruth, however, our Passover story appears to reference the same belief. The Torah tells of the twelve Israelite tribes leaving Egyptian slavery. “Let my people go” is the most recognizable phrase of the story. Less well known is the following phrase (the essential directive): “so they can serve Me in the wilderness [at Mount Sinai].” Here, Jewish peoplehood precedes Jews’ obligations to their Creator. On Yom Kippur, the holiest day, Jews repent for their sins. However, the Ten Days of Teshuva precede that sacred day, during which Jews work on repairing the harm they caused to others. These illustrations suggest that national cohesion privileges religion and the service of G-D.

However, additional illustrations suggest otherwise. The Torah – our nationally binding and foundational document – begins with G-D and His act of creation. Nations could only exist once G-D created our universe, and the Israelites only became a nation through His will. Additionally, Halakha, including maternal lineage, determines who is part of the Jewish nation, not individual self-identification or secular citizenship. Unlike Christianity and Islam, Judaism is not a triumphalist religion; it believes in multiple paths to G-D. As such, prospective converts are not encouraged to become part of the Jewish nation; those determined to do so must pass a religious test based on knowledge of the Halachot and commitment to live a Torah life. Judaism, subsequently, differs from secular countries, whose immigration tests are nation-centric and exclude religion altogether.

These illustrations suggest that belief and commitment to G-D must precede nationhood even, remarkably when the issue is what secular entities define as nationhood.

This inter-connectedness of nationhood, religion, and the Land of Israel underlies the essence of Judaism, ultimately making it so difficult to define. Determining which aspect is more significant is better suited for sages; we need not do that to know that these three aspects combined make Judaism complete. As the Torah states, the People of Israel is a “Kingdom of priests and a Holy nation” (Exodus 19:6) that best actualizes themselves within the Land of Israel.

However, unlike Christianity, which is faith-based, Jews are judged by how they behave rather than what they believe. As such, Jews must become actively engaged in their communities and synagogues to study the Torah not as a dead text but as one that is as applicable today as it was “back then” and adhere to its obligations. As such, Jews, as a People and individuals, must vigorously defend the Jewish people and the Land of Israel through deeds and prayer and forsake neither.  Watch the following video on this subject here.

The variety of ways to connect with Judaism means that each person can relate as they see fit within traditional beliefs and practices. However, only by adhering to the fundamentals of Judaism – nationhood, religion, and loyalty to the Land of Israel – will Jews truly know what it means to be Jewish.

Joshua Schecter is a Baruch Cohen Intern for the Canadian Institute for Jewish Research and an undergraduate aerospace engineering student at Montreal’s Concordia University.  He currently resides in Vancouver.

By Moshe Phillips Much has written about the recent endorsement of BDS by the editors of The Harvard Crimson, the Harvard student newspaper. But how do...
Read more
Outside Source