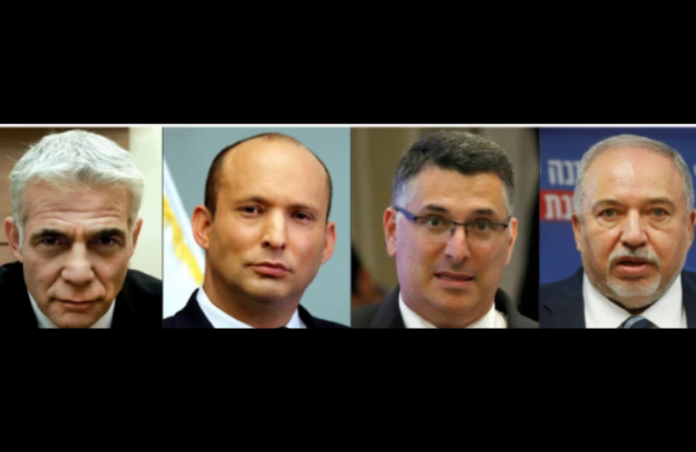 What Does a Bennett-Lapid Government Mean?

Netanyahu: What Caused The Downfall Of Israel’s Legendary Prime Minister?

‘Top Story,’ Episode 4: The End of the Netanyahu Era?:  JNS, June 1, 2021 — In episode 4 of “Top Story With Jonathan Tobin,” JNS editor-in-chief Jonathan S. Tobin is joined by JNS Jerusalem bureau chief Alex Traiman to discuss the possible end of the Netanyahu era as rivals Naftali Bennett and Yair Lapid close in on a coalition agreement that would end the prime minister’s time in office. They consider the implications of a new government on Israel and the U.S.-Israel relationship as well.

Coalition of Firsts: A National Religious PM, Most Arabs, Most Female Ministers:  Times of Israel staff, Times of Israel, June 3, 2021 — The coalition being formed by Yesh Atid’s Yair Lapid and Yamina’s Naftali Bennett would mark many firsts and break no small number of records in Israel’s political history.

Netanyahu’s End Was Engineered By Those He Disdained:  Ovad Yehezkel.  Ynet News, June 1, 2021 — Benjamin Netanyahu’s looming political downfall can be attributed to the actions of five former allies.