How to Understand the Fresh Tensions between Greece and Turkey in the Eastern Mediterranean:  The Conversation, Aug. 27, 2020

In a recent Bloomberg piece, James Stavridis argued that the “most dangerous waters in the world are in the Mediterranean.” While this claim is debatable (tensions in the South China Sea seem more ominous), few would disagree that dangers do exist in the Mediterranean.

The current standoff between Greece and Turkey in the Eastern Mediterranean is telling. Since the beginning of August, the Turkish research vessel Oruc Reis has been conducting exploration in waters claimed by both Athens and Ankara. As there is no agreement between the two, the US is employing its typical equal distances approach and characterizes these waters as” disputed.” The Orus Reis returned to Antalya Port on September 13, but it is unclear how long it will remain there.

Israel, for its part, is standing with Greece. On August 12, it expressed its full support and solidarity with Greece in its maritime zones and its right to delimit its Exclusive Economic Zone (EEZ). Unlike Israel and Cyprus, however, Greece only recently took concrete steps in that regard. Following the November 2019 agreement on maritime zones between Turkey and Libya, Greece embarked on an attempt to protect its sovereign rights, however belatedly.

For many years, Greek governments postponed difficult decisions, despite Turkey’s continued rise in the neighborhood. Wishful thinking and inertia turned serious problems into potentially grave ones. Obviously, the economic crisis, a product of maladministration at the domestic level, could not but have an effect on foreign and defense policies.

The conservative Greek government that came to power in July 2019 signed two maritime deals in response to Turkish actions: the first with Italy in June 2020 and the second (and more important) with Egypt in August. The zones of the Greek-Egyptian agreement intersect with those of the Turkish-Libyan one. At this writing, the explorations of the Oruc Reis have not violated areas marked in the Greek-Egyptian accord—but its explorations south of Kastelorizo challenge the traditional Greek position shaped by international law that stipulates that islands have a right to an EEZ and a continental shelf. Turkey disagrees, and is advocating for a delimitation based on equity. In so doing, it is provoking Greece in order to predispose the international community to accept its argument.

Delimitation spats in the Eastern Mediterranean are not unusual. Israel and Lebanon, for instance, have an unresolved maritime border dispute. Also, the Greek-Egyptian maritime agreement is partial and does not cover all the islands (such as Rhodes) because Cairo decided to navigate between the position of Athens and Ankara. When Ankara announced it would ”not allow any activity in the area in question,” the Egyptian Foreign Ministry tweeted its surprise that such statements and allegations were being issued by a party that did not know the details of the agreement. … [To read the full article, click the following LINK– Ed.]
______________________________________________________

How to Understand the Fresh Tensions between Greece and Turkey in the Eastern Mediterranean
The Conversation, Aug. 27, 2020

Turkey and Greece – two Nato allies – are at odds with one another in the eastern Mediterranean. The tension has escalated as a result of provocative displays on both sides. Greece’s latest move has been to conduct a four-day naval exercise near Crete. Turkey, meanwhile, has extended its seismic survey operations, deploying a research ship in the same disputed region around Crete.

These actions heighten the risk of escalation, evident from a recent minor collision on August 12 between a Greek and Turkish vessel in the area. According to a Greek defence source, a Greek military ship, Limnos touched the rear of a Turkish military ship, Kemal Reis, which was escorting the Turkish research ship.

Turkey and Greece have been at loggerheads in the Aegean Sea since the mid-1970s but have abstained from unilateral actions that might result in full conflict. They have been able to defuse several escalations with diplomacy and dialogue. Certainly, the mediation of the US had a crucial role in maintaining the stability.

Adding the eastern Mediterranean into the mix complicates matters though. The two sides appear to have opened Pandora’s box.

On the surface, the disagreement is over the two countries’ conflicting views on eastern Mediterranean maritime jurisdiction and energy resources. However, the involvement of the EU and countries including Israel, France, the United Arab Emirates and Egypt (as well as Cyprus) is further complicating the situation. The deterioration of Turkey’s relations with the EU and these countries paves the way for a new alliance against it.

What’s at stake in the eastern Mediterranean?

Discoveries of energy resources off the coasts of Israel, Cyprus and Egypt boost the potential of the eastern Mediterranean. The discovery of a massive gas field off Egypt’s coast in 2015, in particular, has raised the possibility of exporting regional energy to Europe. Conflicting sovereignty claims over the waters of the eastern Mediterranean have therefore caused a rather tense political environment.

New regional alliances have been sprouting with these energy reserves in mind. An initial agreement between Greece, Cyprus, Italy and Israel on the East-Med Pipeline Project transformed into a Forum with the involvement of Egypt, Jordan and Palestine. But Turkey, Lebanon and Syria have found themselves excluded.

Turkey’s “assertive foreign policy” choices over the years have damaged its bilateral relations with both Egypt and Israel. Strained relations with western allies have further isolated Turkey in the region.

The recent deadly and destructive explosion in Beirut raised more questions than answered, and even the “answers” that the international community arrived at obscured in some ways the underlying issues that made this tragedy possible. Several talking points floated to the surface and continue to hold sway.

No matter what the ultimate intent of the explosives or cause of the explosion, Hezbollah is to blame because it stored the explosives among the civilian population in direct violation of international humanitarian laws. It is assumed that the explosives were intended to be used eventually against Israeli civilians.

The only winner in this fiasco was that same Hezbollah because it was able to capitalize on international sympathy to score support (if not the bailouts it was hoping for), expropriate and sell off international aid such as that from Kuwait, and advance its agenda regarding the lifting of sanctions. France’s President Emmanuel Macron facilitated the sympathy optics by engaging in a deceptive trip that concluded with promises of sanctions relief as part of a “Grand Bargain,” and even suggested the possibility of US sanctions relief without first consulting with the US administration.

Iran shares the blame as it is the puppetmaster operating Hezbollah. New information indicates that the ammonium nitrate stored in the exploded warehouse was provided to Hezbollah by Iran in 2013. Investigation indicates that it was originally manufactured in Georgia. How did Georgian ammonium make it to Iran in the first place? In 2013, while Iran was negotiating the nuclear deal and looking for alternative ways to bring about sanctions relief, it invested heavily in Georgia, which has a significant (and radicalized) Iranian community.

Iranian proxies like Hezbollah are replicating Tehran’s oppressive terrorism-driven model of governance all over the world, including Yemen. In that country, the Houthis, trained by Hezbollah, have likewise contributed to extensive poverty, proliferation of illnesses, corruption, and human suffering. There are also potentially disastrous ticking time bombs there, such as the presence of the dilapidated oil tanker FSO Safer near the strategically essential Port of Hodeidah which is used as a deterrent against any liberation moves. As it did with the Port of Beirut in Lebanon, Iran has used Hodeidah to smuggle all sorts of contraband into Yemen.

Erdoğan’s AKP, which came to power in 2002, a party that can be described as a Turkish version of the Muslim Brotherhood, has systematically engaged in policies designed to restore the country’s Islamic character in the public sphere and at all levels of its educational system. Alongside, the political system underwent a transition to authoritarian rule commensurate with Erdogan’s domineering personality. At the same time, Erdogan’s Turkey seeks to enhance its regional and international status – with overt references to the bygone glory of the Ottoman Empire.

Turkey aims for regional hegemony, undermining the existing political order in the Middle East and the eastern Mediterranean. Turkey is very active in the Muslim nations in a quest for a leadership role.  It has established a military presence in Iraq, Syria, the Gulf (Qatar), and Somalia. Recently it has been challenging Greek sovereignty in the Aegean Sea and the eastern Mediterranean (by claiming an Economic Exclusive Zone “border” with Libya), posing a challenge to the plans to export gas from Israel, Egypt, and Cyprus to European markets.

It intervened militarily in Libya eyeing its energy riches and hoping to capitalize on its coast (a springboard for illegal immigration) to gain additional leverage on the EU. It is seeking to consolidate influence in Lebanon and Gaza, as well as Balkan lands that once were under Ottoman rule.

The political changes in Turkey reflect long-term trends in Turkish society and foreign policy, that will not disappear even when the Erdoğan era ends. Turkey’s frictions with Israel likewise reflect a distancing from the West and an effort to gain points the Muslim world.

Caution is recommended in the attempts to restrain Turkey, as the West has no interest in pushing this powerful country into the Russian orbit. It should be borne in mind that under Erdoğan’s leadership, Turkey has demonstrated a certain degree of pragmatism when President Trump threatened to destroy its economy.

Even regarding the Jewish state, it has not completely severed its diplomatic relations with Israel, with which it maintains extensive economic ties, alongside mutual air traffic that is important for Turkey’s tourist trade including securing access for Muslim visitors to Jerusalem and particularly the Temple Mount.

Consequently, it behooves Western powers to distinguish between Turkey’s current leader and Turkish society as a whole, to preserve the possibility of better relations with a future government that is not under AKP control, or a government based on moderate elements in the party. Turkey, now a questionable NATO member, with a well-integrated economy in a globalized world is not Iran. Its status in the G-20 and its relations with the US are important to Turkey.

BREAKING: Unconfirmed reports that Turkey has activated its S-400’s systems in light of rising tension in the Mediterranean sea. Locations of the systems suggest that they have been employed against Greek and Egyptian Aircraft. Twitter.  Turkishfacts4U.

Erdogan’s Reckless Intervention Is Fueling Fighting in Azerbaijan and Armenia:  Editorial Board, Washington Post, Oct. 3, 2020 — THE COLLAPSE of the Soviet Union touched off a string of border wars in Eurasia, the bloodiest of which centered on Nagorno-Karabakh, a mountainous, Armenian-populated enclave inside Azerbaijan. After Armenian forces drove the Azeris out of the region and captured adjacent territories, a 1994 cease-fire created one of the “frozen conflicts” that haunt the post-Soviet space.

How Turkey Went from Secular to Islamic Authoritarianism:  Elan Journo, New Ideal, Sept. 30, 2020 — For years Turkey was deservedly hailed as a modern, secular, pro-Western society — at least, until the last decade. 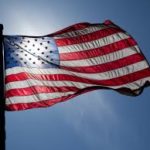 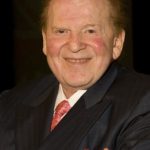 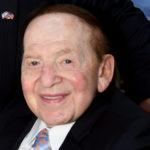 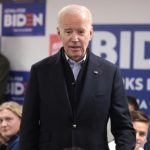