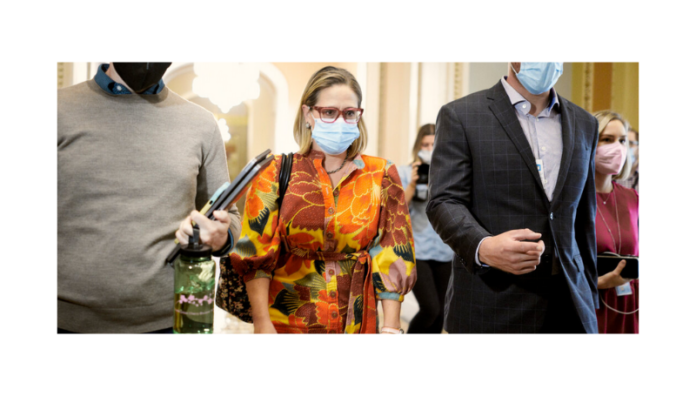 “… broader dispute among Democrats about how to navigate internal divisions over Mr. Biden’s agenda, how aggressively to confront party holdouts standing in the way of his plans, and what the best strategy is for delivering on their promises to their progressive base.”

In the days after cellphone camera-toting protesters trailed Senator Kyrsten Sinema of Arizona into a university restroom to confront her for opposing parts of President Biden’s agenda, top Senate Democrats drafted a statement of outrage on behalf of their centrist colleague.

“Following someone into a bathroom and filming the encounter is plainly inappropriate, and it crosses a clear line,” the senators wrote. “What happened in that video was a clear violation of Senator Sinema’s privacy that has no place in our public discourse, and we resolutely condemn it.”

But the statement was never released. Senator Bernie Sanders, the progressive independent from Vermont, refused to sign after other Democrats rebuffed his demand that it include a call for Ms. Sinema to embrace Mr. Biden’s multitrillion-dollar social safety net, education, climate and tax plan. The letter organizers then decided against sending out the message of support for a senator who has angered some of her constituents by refusing to meet with them or answer their questions.

The flap, reported earlier by Axios, reflects a broader dispute among Democrats about how to navigate internal divisions over Mr. Biden’s agenda, how aggressively to confront party holdouts standing in the way of his plans, and what the best strategy is for delivering on their promises to their progressive base. It is unfolding at a time of maximum stakes for the president and his party, as they assemble a sprawling domestic policy package that could be their final opportunity to enact crucial priorities and muscle them through Congress while they retain unified control of Washington.

As Mr. Sanders’s demand showed, party leaders share the goals of the protesters who are pressing Ms. Sinema, Senator Joe Manchin III of West Virginia and other conservative-leaning Democrats to drop their resistance to ambitious legislation. But many members of Congress are uncomfortable with the activists’ increasingly bold tactics.

In recent weeks, protesters have paddled kayaks on the Potomac River to confront Mr. Manchin on his yacht docked near the Capitol. Activists chanting “Shame on you, Josh!” have visited the district offices of Representative Josh Gottheimer, Democrat of New Jersey, a leading centrist who has pressed to delay the social policy bill until a bipartisan infrastructure measure can be enacted.

The targeting of Ms. Sinema — whom protesters have followed to a fund-raiser at a luxurious resort, chased down in an airport and pursued to the door of a bathroom stall at the university where she teaches — has been particularly aggressive, prompting calls from some fellow Democrats for the activists to lay off.

Senator Chuck Schumer of New York, the majority leader, said he sympathized with the protesters’ message — particularly those advocating for a pathway to citizenship for undocumented immigrants — but disapproved of their tactics.

“I strongly support the right to peaceful protest,” Mr. Schumer said. “I started my career protesting the Vietnam War, and I get protested all the time. I understand, and so feel for the immigrant community and what they’re going through. But following someone into a bathroom and recording them — that’s over the line.”

In her own statement, Ms. Sinema condemned the bathroom encounter as “wholly inappropriate” and suggested that it was, at least in part, a result of the overheated debate that has surrounded Mr. Biden’s agenda.

“It is the duty of elected leaders to avoid fostering an environment in which honestly held policy disagreements serve as the basis for vitriol — raising the temperature in political rhetoric and creating a permission structure for unacceptable behavior,” she said.

Sign Up for On Politics  A guide to the political news cycle, cutting through the spin and delivering clarity from the chaos. Get it sent to your inbox.

Ms. Sinema has been repeatedly criticized by the progressive wing of her party, including by Representative Alexandria Ocasio-Cortez, Democrat of New York, who wrote on Twitter that Ms. Sinema was “trying to tank millions of people’s chances at healthcare.” 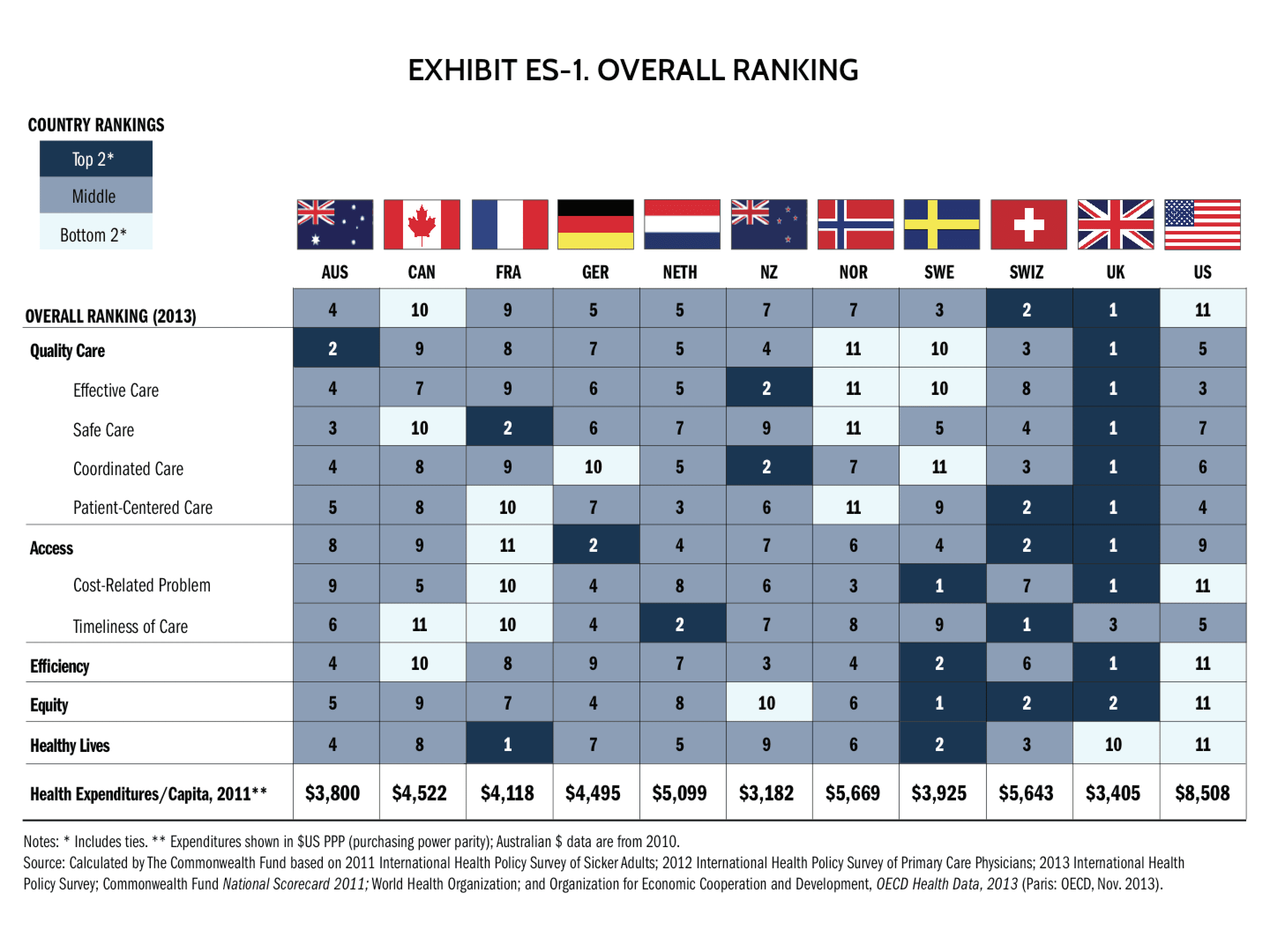 The senator has emerged as one of the focal points of an intense lobbying campaign by the White House and party leaders because in an evenly divided Senate, Democrats need every one of their members to push through the social policy and climate bill. That gives Ms. Sinema effective veto power over the package.

She has privately told her colleagues that she is averse to the corporate and individual tax increases that Democrats have proposed to pay for the plan. She is also pushing to cut the cost of the package and resisting a leading proposal to lower prescription drug prices.

Ms. Sinema has also been one of the most elusive senators on Capitol Hill. She rarely engages with reporters in the halls of the Senate, and some of the local progressive groups that worked to elect her in 2018 say she has effectively cut off communication with them.

The protesters who trailed her into the bathroom, from LUCHA Arizona, a grassroots progressive organization, said they were forced to do so because Ms. Sinema had stopped holding town halls or answering questions from constituents.

The Infrastructure Bill at a Glance

The bill receives final approval. The House passed the $1 trillion bill on Nov. 5 to rebuild the country’s aging public works system. The proposal is a central plank of President Biden’s economic agenda, which he signed into law on Nov. 15. Here’s what’s inside the bill:

Transportation. The proposal would see tens of billions of dollars in new federal spending going to roads, bridges and transportation programs. Amtrak would see its biggest infusion of money since its inception, and funds would be allocated to programs intended to provide safe commutes for pedestrians.

Climate. Funding would be provided to better prepare the country to face global warming. The Forest Service would get billions of dollars to reduce the effects of wildfires. The bill includes $73 billion to modernize the nation’s electricity grid to allow it to carry renewable energy.

Resources for underserved communities. A new $2 billion grant program is expected to expand transportation projects in rural areas. The bill would also increase support for Native American communities, allotting $216 million to the Bureau of Indian Affairs for climate-resilience and adaptation efforts.

They said they were pushing for a pathway to citizenship for about eight million undocumented immigrants, a priority of Mr. Biden’s that is at risk because of complex budget rules that may bar its inclusion in the bill. The activists regard the measure as their best chance to enact deportation protections for undocumented people as they look to the midterm elections next year and the very real prospect that Republicans could retake control of the House. And they see Ms. Sinema and Mr. Manchin as forces standing in the way.

“Sinema’s constituents have not been granted access to her office, they have been ignored, dismissed and antagonized,” the group said in a statement after the protest.

A spokeswoman for Ms. Sinema disputed claims that the senator has refused to meet with LUCHA, and provided a document showing that her office had met with the activists five times in April and May.

Mr. Sanders’s staff had initially shown an openness to signing onto a letter of support for Ms. Sinema, according to people with knowledge of the discussions. But they sought to add a line saying that Democratic leaders had hoped she would “change her position on prescription drug reform and support a major reconciliation bill.”

When an aide to Senator Cory Booker of New Jersey, who was organizing the statement, rejected that addition, Mr. Sanders withheld his name, and the effort soon fell apart.

Mr. Biden offered some public support for Ms. Sinema but also said he believed that interacting with protesters was part of a public servant’s job.

“I don’t think they’re appropriate tactics, but it happens to everybody,” Mr. Biden told reporters. “The only people it doesn’t happen to are people who have Secret Service standing around them. So, it’s part of the process.”

But many members of Congress have grown fearful of what they see as an increased likelihood of political violence, such as a shooting at a congressional baseball practice in 2017 to the pro-Trump mob attack on the Capitol on Jan. 6.

Senator Kevin Cramer, Republican of North Dakota, said the protests against Ms. Sinema were part of a trend toward polarization and anger in American politics.

Mr. Cramer has seen it firsthand. The day before Jan. 6, he tried unsuccessfully to talk down outraged constituents who supported President Donald J. Trump and who confronted him at the Capitol demanding to know why he was not objecting to the 2020 election results.