“These attacks are not a threat simply for Israel. Weapons employed against Israel by Iran and its army of proxies are also used against Americans and our Arab partners.”

U.S. Central Command announced Sept. 1 that it has assumed responsibility for U.S. forces in Israel. This positive development reflects changes in Arab-Israeli relations and offers an opportunity to build a more unified and militarily capable American-Israeli-Arab coalition to deter aggression from Iran and its terrorist proxies — one of CENTCOM’s top priorities.

Despite Israel’s location in the Middle East, when CENTCOM was created in 1983, responsibility for the Jewish state was assigned to U.S. European Command. That decision reflected Israel’s political isolation from its Arab neighbors. As a Pentagon news report noted in January with a bit of understatement, Israel’s regional isolation would have “complicated” efforts by CENTCOM to coordinate multilateral exercises and operations that included Israel.

Warming Arab-Israeli ties offer a major opportunity to align key partners against common regional threats. The catalyst for improved Arab-Israeli relations is the Islamic Republic of Iran’s longstanding effort to develop a nuclear weapons capability, as well as Tehran’s determined campaign to create, cultivate and co-opt terrorist proxies across the Middle East to attack both Arab and Israeli targets.

Enhanced military cooperation, however, will likely carry the most direct benefits for regional stability.

In May, another round of fighting erupted between Israel and Iran-backed terror groups in the Gaza Strip. The groups fired over 4,300 rockets at Israel, also employing drones, unmanned underwater vehicles and anti-tank weapons.

These attacks are not a threat simply for Israel. Weapons employed against Israel by Iran and its army of proxies are also used against Americans and our Arab partners.

From May 2019 to the present, Iran-backed militias are believed to have been behind over 100 rocket, mortar or drone attacks against positions in Iraq associated with the U.S. force presence, with at least 27 indirect fire incidents taking place during this year alone. The U.S. and others blamed Tehran for orchestrating a 2019 attack against Saudi Arabia’s Khurais oil field and Abqaiq oil processing facility, using drones and cruise missiles — briefly knocking offline a significant portion of the world’s total production capacity.

The Islamic republic routinely harasses and targets American, Arab and Israeli interests in the maritime domain. Tehran has used drones and fast-attack craft to challenge American military vessels in the Persian Gulf and signal defiance to decision-makers in Washington. Tehran has also seized tankers and stepped up mining operations that impede the free flow of commerce, directly impacting Iran’s Arab neighbors, and is engaged in a shadow war using drones against Israeli-linked tankers. 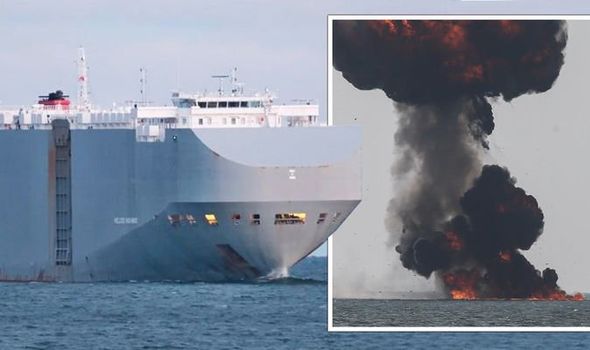 While Iran has proliferated whole weapons systems to terrorist groups in the past, the Islamic Republic has also been enabling local weapons production in Gaza, Lebanon and Yemen. That creates new challenges and puts a premium on cooperation between the United States, Israel and key Arab partners.

By itself, transferring Israel from EUCOM to CENTCOM won’t address these challenges or strengthen regional security. CENTCOM already works closely with Israel. However, as CENTCOM’s commander, Gen. Kenneth McKenzie, said earlier this year, the transfer can bring a more “operational perspective” to the Abraham Accords.

One major way to do that would be to assertively seek opportunities for combined military exercises and training involving the United States, Israel and as many Arab partners as possible. CENTCOM should encourage Israel to add Egypt and the United Arab Emirates to the next Noble Dina exercise in the Eastern Mediterranean, for example. CENTCOM should also encourage Abu Dhabi to invite the Israel Defense Forces to the next Iron Union exercise. And CENTCOM should work with EUCOM to encourage Greece to invite Egypt and Jordan to join Israel, the United Arab Emirates and others as full participants in the next Greek-hosted Iniochos exercise.

These and other steps would increase the individual readiness of the respective militaries, strengthen their ability to work together, and send a powerful message to Tehran and its terror proxies.

The announcement this month was an encouraging and positive development. Now the real work begins to better secure and defend mutual American, Israeli and Arab interests.

Bradly Bowman is the director of the Center for Military and Political Power at the Foundation for Defense of Democracies, where Behnam Ben Taleblu is a senior fellow.