“Israel and Saudi Arabia are not on the same page when it comes to Tehran.”

Earlier this week, Prime Minister Naftali Bennett became the first Israeli leader to formally visit the UAE. While cabinet members have visited the Emirates, Bennett’s move makes him the first official head of state to make the journey. The visit is a sign of deepening ties between Israel and parts of the Arab world, a process that began in 2020 when Israel normalised relations with four Arab countries after signing of the Abraham Accords. While Israel has publicised the move, Emirati officials declined to organise a news conference.

According to Hussain Ibish, a Senior Resident Scholar at the Arab Gulf States Institute in Washington who spoke with indianexpress.com, the move signals deeper ties between Israel and its Arab neighbours, going as far as to describe the UAE as the “first truly warm relationship Israel has developed with any Arab country since its founding.”

However, the progress of Israel’s standing in the Middle East will be contingent on a number of factors, most notably, its relationship with Saudi Arabia and its posture towards one of the region’s strongest powers, Iran.

In the 72 years since its founding in 1948, only two Arab states, Egypt and Jordan, have formally recognised Israel. The animosity towards Israelis is so pronounced that it is seen as a modern-day Sparta, a small fortress nation-state in a hostile environment, whose survival depends solely on its military strength. Israel’s allies have predominantly consisted of Western nations, especially the US, and to a lesser extent, after the Suez crisis in 1956, Iran and Turkey. Recent developments in the latter countries have however, caused a significant strain on that relationship and, today, several of Israel’s foreign policy calculations are predicated upon the threat of the two.

The primary point of contention between Israel and the Arab states revolves around the Palestinian issue. In 1974, the League of Arab States declared the Palestine Liberation Organisation to be the sole representation of the Palestinian people. 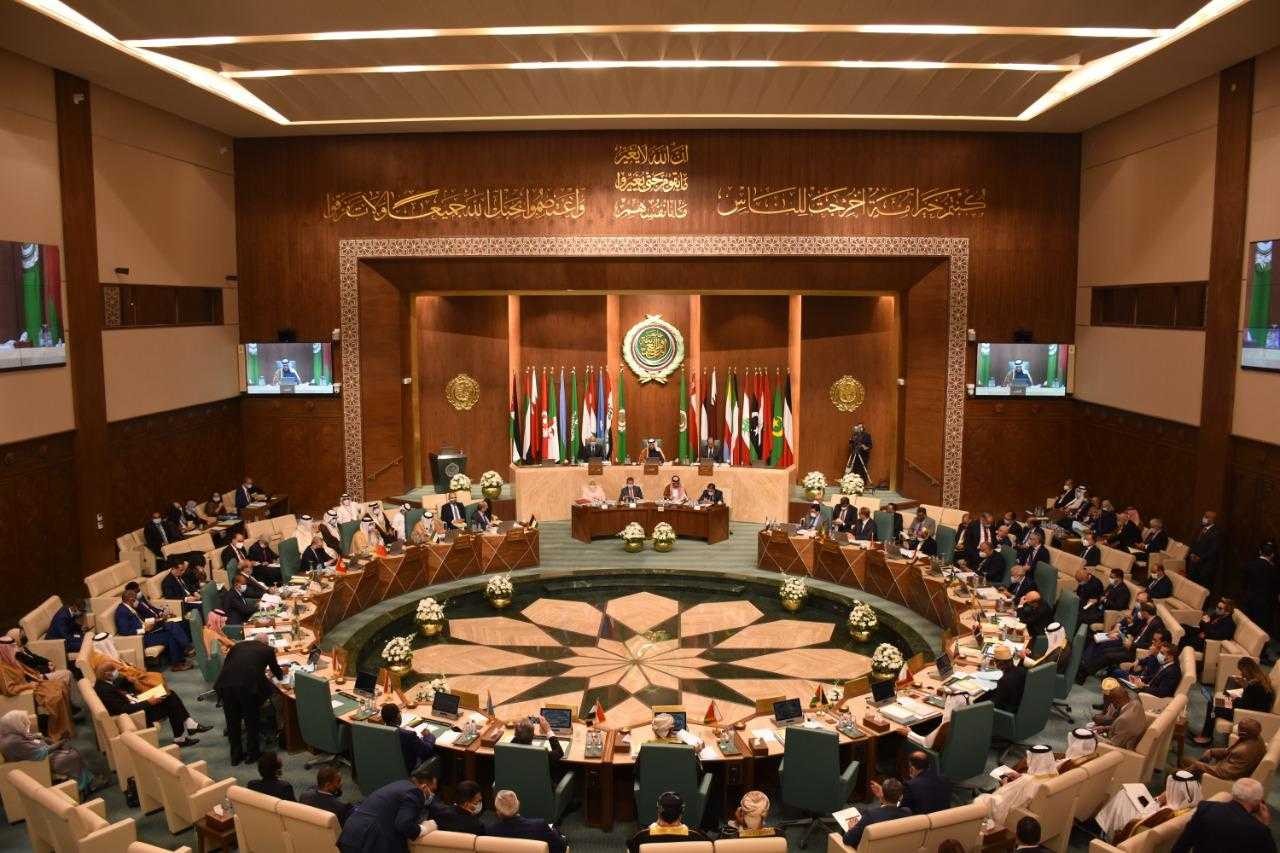 Facilitated by the US, in 1991 countries entered into discussions with Israel during the Madrid Peace Talks.

However, it took a new Israeli Prime Minister, Yitzhak Rabin to achieve a breakthrough in 1993. Following his assassination in 1995 and the terrorism that followed, much of the progress was undone culminating with the election of the staunchly nationalistic Benjamin Netanyahu, who had little interest in the two-state solution. In Netanyahu’s mind, diplomatic relations could be achieved independent of the Palestinian issue, a view point that was vindicated two decades later with the signing of the Abraham Accords.

In August 2020, Israel achieved a diplomatic milestone with the signing of the Abraham Accords, which initiated normalisation of relations with the UAE and Bahrain, and later, Sudan and Morocco. While Israel and the UAE have always maintained clandestine security ties, this agreement promised to establish, among others, business relations, scientific cooperation and, in time, full diplomatic ties at an ambassadorial level. The accord was contingent on the suspension of Israel’s plans to annex the West Bank, although it is noteworthy that they chose the word ‘suspend’ instead of ‘end.’

According to Ibish, in a report for the Arab Gulf States Institute, “each Arab country that has pursued a greater opening with Israel…has had its own distinct agenda.” He notes that the UAE was concerned with disrupting the “regional hegemony” of Iran and Turkey and establishing themselves as a relatively liberal state in the Middle East. Similarly, Bahrain wanted to halt the dominance of Iran, Sudan wanted to be removed from the US list of state sponsors of terrorism and Morocco wanted tacit recognition of its claim over the Western Sahara. A top Israeli official indicated that Oman would be the next country to join the agreement.

Israel’s ties with Morocco and Bahrain have improved since the accord, while relations with Sudan have remained strained. Most notably, Israel and the UAE have embarked on a series of economic agreements and, as of 2021, trade between the two countries was worth more than US$ 600 million, about US$ 550 million more than the equivalent period in 2020.

Kenneth Pollack, a researcher at the American Enterprise Institute, told indianexpress.com, “There is clearly a great deal of goodwill and determination to make this relationship work on both sides.” He continues to state that “for both strategic and economic reasons, I think you will see some real progress in the years ahead, although there may be bumps along the road too.”

The biggest facilitator for relations between Israel and the Arab states is the threat of Iran. One has to untangle a complicated web of relations before understanding the role that Iran plays in the region. First, you have Israel and Saudi Arabia (a Sunni country) that share a common distaste for Iran (a predominantly Shia country.) However, Israel and Saudi Arabia are on opposing ends of the Palestinian issue. You then have Turkey and the Saudis who are on the same side regarding Syria, but who disagree over Libya and Turkey’s imperialistic ambitions, which also threaten Israel. The Saudis and the UAE are historically allies but have experienced a cooling of relations after the Emiratis opted to pull out of Yemen. You then have Iran, Syria and Lebanon, a Shia alliance, known as the Axis of Resistance, formed on the basis of shared animosity towards the US, Israel and Saudi Arabia. The US has concerns over Iran, but Biden has proven a willingness to both strongly support Israel and facilitate a rebirth of the Iran nuclear deal which Israel and Saudi Arabia strongly condemn.

According to Pollack, “in some sense, the entire Arab world and Israel (and Turkey to a certain extent) are weary of the threat of Iran.” He adds, “it is this fear that is driving all of them together and why we need to see the Abraham Accords as both the beginning of the end of the great Middle Eastern conflict of the 20th century (the Arab-Israeli conflict) and simultaneously, the beginning of the great Middle Eastern conflict of the 21st century (the war against Iran and the Axis of Resistance.)”

Ibish, on the other hand, is less optimistic. He notes that Bennett’s visit to the UAE strengthens the anti-Iranian bloc but also stresses that Israel and Saudi Arabia are not on the same page when it comes to Tehran. He says that “Israel continues to act in a low-intensity, shadow war against Iran and its militia network in Syria and Iraq, while the UAE is engaged in intensive diplomatic outreach to Tehran.” Due to the differences in approach and intensity, “this isn’t exactly a unified front towards Tehran at present.”

For its part, Iran maintains that it has no conflicts with its regional rivals, with one General acknowledging that there had been some “misunderstandings”, but arguing that they had been resolved following meetings with top officials.

As for Saudi Arabia, the path is lined with far more obstacles. According to Ibish, while Saudi Arabia “remains the big diplomatic prize for Israel”, for the Saudis the “costs are far higher and the calculation much more complex.” He goes on to argue that because of Saudi Arabia’s fraught domestic political scene and its mantle of Islamic leadership on a global stage, “future events will continue to influence Saudi thinking” and determine whether and when they might follow in the footsteps of the UAE. Apart from the threat of Iran, one other crucial factor influences the relationship. Saudi Arabia has come under significant criticism from the US over its human rights abuses and the killing of Jamal Khashoggi. Biden, following the path of most recent US Presidents, is a concrete ally of Israel. Saudi Arabia would hope that establishing closer relations with Israel would score it political currency with the US and lead to continuing trade and defence agreements with Washington. However, by normalising relations with Israel before settling the issue of Palestine, Saudi Arabia would be violating the 2002 Arab Peace Initiatives, of which it was the chief proponent.

Impact of the diplomatic outreach

In normalising relations with Israel, Arab states hope to resolve the former’s stance of annexing parts of the West Bank and Gaza Strip, two predominantly Palestinian territories. However, thus far the Abraham Accords have done little to justify this notion. In 2021, Israel launched a series of attacks on Palestinian neighbourhoods. As the clashes grew more violent, the UAE called for de-escalation but refrained from outrightly criticising Israel. There is hope that if the Saudis were to join the Accords, they would push more strongly for territorial concessions but for now, that remains a hypothetical.

There is also the possibility that Israel’s outreach to other Arab states will anger Tehran further and fuel the Axis of Resistance, a coalition that began in 1979 but remained fairly dormant until the last decade when Iran sought to revitalise the group. Pollack believes the Axis members may “perceive a strengthening of their enemies’ alliance as a greater threat to themselves but if they are to solidify once again, they will have to hash out internal issues to do so.”

According to a report by Middle East expert Vali Nasr in Foreign Affairs magazine, recent developments may also cause concern regarding Turkey. He writes that “Turkey’s emergence as an unpredictable disrupter of stability… can no longer be dismissed as rhetoric.” He notes that Turkey has assumed an increasingly aggressive stance within the Middle East and that Israel’s outreach to the UAE will prompt further disintegration of Turkey’s relations with other Arab states.

There is also a chance that by allying with certain countries, Israel may be deepening their role in regional conflicts. According to Pollack, “the great hope of both the Israelis and the Sunni Arab states, including the UAE, is that their closer alignment with Israel will deter Iranian aggression or even subversion.” As the overlapping rivalries crisscross, Israel may form tactical relationships with the Sunni Arab states, making competition within the region increasingly unpredictable. However, for Ibish, that possibility is still in the distant future. He states that “Israel is already fighting a grey-zone war against Iran and pro-Iranian militia groups while gulf Arab states are engaging Iran diplomatically. I don’t think either Israel or the UAE anticipate fighting wars together, let alone on each other’s behalf, any time soon.”

isranet org
Previous articleDaily Briefing: HAS THE CHAREIDI MOMENT ARRIVED?
Next articleAbraham Accords is a Blessing to The Middle East and the Muslim World