What Is Islamic State Khorasan Province of Afghanistan? 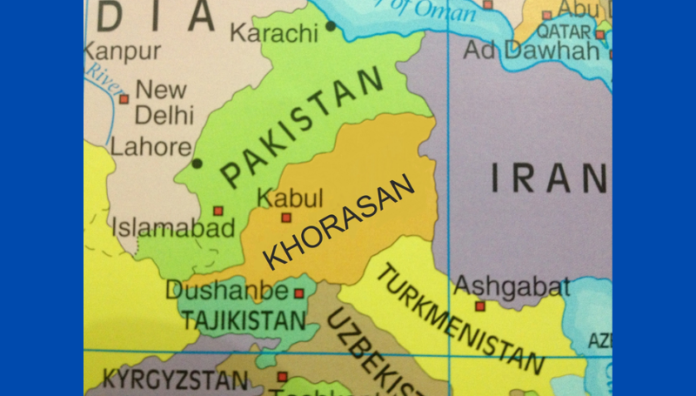 “The core membership of Islamic State Khorasan Province, founded in 2015, includes disgruntled members of the Afghan Taliban and its Pakistani counterpart, the TTP. “

The U.S. on Sunday launched a drone strike against what it said was a vehicle carrying suspected Islamic State suicide bombers in Kabul. The strike killed 10 civilians, including eight children, family members and witnesses said. The drone strike was the second such American attack against Islamic State’s Afghan offshoot, following an explosion that killed 13 U.S. service members and nearly 200 Afghan civilians outside Hamid Karzai International Airport on Aug. 26. Islamic State in Afghanistan claimed responsibility for the attack.

The Taliban, who seized Kabul on Aug. 15, are a sworn enemy of Islamic State, and shot dead one of the group’s top leaders in Afghanistan hours after taking over the Kabul prison where he was held. Here’s a look at Islamic State’s regional affiliate in Afghanistan.

What is Islamic State in Afghanistan?

Islamic State Khorasan Province, also known as ISKP and by the U.S. government as ISIS-K, is an Afghanistan-based offshoot of Islamic State, the Islamist extremist group that established what it called a caliphate in Syria and Iraq in 2014 and has carried out terrorist attacks in countries around the world. The name Khorasan refers to a historical region encompassing northeast Iran, much of Afghanistan and parts of Central Asia.

The core membership of Islamic State Khorasan Province, founded in 2015, includes disgruntled members of the Afghan Taliban and its Pakistani counterpart, the TTP. According to analysts who track the movement, the group has also recruited heavily in Pakistani mosques and madrasas. Islamic State has conducted a string of deadly attacks in Kabul, primarily targeting members of Afghanistan’s Shiite Hazara minority. Such attacks include, according to the U.S., an assault by gunmen on a maternity ward in Kabul in 2020, which killed 24 people, mostly women and children.

At the height of its strength, the group was believed by U.S. officials to number 2,000 to 3,000 fighters, but likely commands many fewer today.

Who is the leader of Islamic State Khorasan Province?

The group has had seven leaders during its six years in existence. A number were killed by U.S. airstrikes. The group’s first leader, Hafiz Saeed Khan, a former member of the Pakistani Taliban, was killed in a U.S. airstrike in 2016. Another former leader, known as Omar Khorasani, who was detained in an Afghan government prison, was executed by the Taliban last week after they took control of Kabul. The current leader, Shahab al-Muhajir, has headed the group since his predecessor was arrested in April 2020.

The injured were taken to hospitals in Kabul after two explosions outside the city’s international airport left more than 100 people dead. U.S. officials said the military expects more attacks and efforts to evacuate thousands would continue. How are the Taliban and Islamic State in Afghanistan connected?

Some intelligence analysts, however, point to links between Islamic State Khorasan Province and the Taliban’s most radical and violent wing, the Haqqani network.

The Taliban, rooted in Afghan village culture, draw support from Afghan rural communities and generally find Islamic State’s methods too extreme and violent. The Taliban condemned the Aug. 26 attack on Kabul airport, which the U.S. blamed on Islamic State.

Islamic State aims to establish a transnational caliphate, while the Taliban’s ambitions mostly concern Afghanistan. Islamic State also criticized the Taliban’s peace negotiations with the U.S., which it regards as a betrayal of the jihadist cause. While the Taliban claimed to have beaten and outsmarted the U.S. through a diplomatic process, from Islamic State’s perspective, the only way to defeat an enemy is through combat.

What has the U.S. government said about Islamic State in Afghanistan?

The two American airstrikes against the group in August were the latest U.S. attempts to crush Islamic State’s efforts to establish a foothold in Afghanistan, and they are unlikely to be the last.

“We will continue to hunt down any person involved in that heinous attack and make them pay,” President Biden said on Aug. 28, referring to the airport suicide bombing that killed 13 U.S. soldiers and nearly 200 Afghans.

Pentagon Press Secretary John Kirby said on Aug. 28 that the group continued to pose a threat despite the U.S. dealing a blow to its operational capabilities. “Make no mistake. Nobody’s writing this off and saying, ‘Well, we got them. So, we don’t have to worry about ISIS-K anymore.’ Not the case,” Mr. Kirby told a news conference, using the U.S. government’s abbreviation for the group.

Ever since the militant group’s formation in 2015, the U.S. has pummeled it with airstrikes in the Tora Bora mountains, which over a decade earlier had been a hideout of al Qaeda leader Osama bin Laden.

In 2017, President Trump ordered the U.S. military to drop the largest conventional bomb in the American arsenal, the GBU-43/B, also known as “the mother of all bombs,” on caves used by Islamic State in eastern Afghanistan.

What’s the difference between Islamic State Khorasan Province and ISIS?

Islamic State’s Afghan affiliate operates like a franchise of the original Islamic State in Iraq and Syria, or ISIS, which established a short-lived but brutal caliphate from 2014 to 2018. ISIS has offshoots in Mozambique, West Africa, the Philippines and other countries.

The main difference between ISIS and its Afghan affiliate is the makeup of their members. Islamic State Khorasan Province draws its foot soldiers primarily from the Taliban in Pakistan and Afghanistan, and the Islamic Movement of Uzbekistan. Islamic State in Syria and Iraq was predominantly Arab.

Under pressure from the beginning, Islamic State in Afghanistan has never been able to set up bases in more than a handful of Afghanistan’s approximately 400 districts, let alone establish a caliphate. While it has been brutal in its treatment of Afghan villagers, including by executing government-linked people, it hasn’t formed anything resembling an administration and has been solely focused on fighting–and on survival.

Perhaps for that reason, unlike Islamic State in Syria and Iraq, it isn’t known to have attracted significant numbers of fighters from Western countries.