US Pressure Is Pushing Russia-China Cooperation to New Levels, Beyond Defence 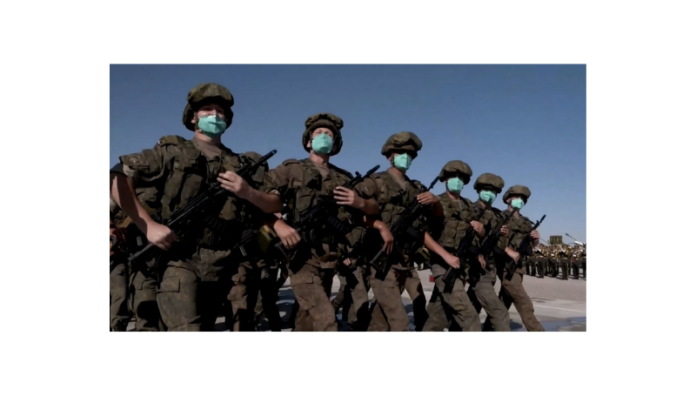 “Though Moscow and Beijing have repeatedly insisted that their relations do not represent a formal military alliance, their level of political trust might lead some to believe they have forged a de facto alliance.”

It has been less than six months since Moscow deemed Russia-China relations to have moved beyond a classical alliance into what was hailed as a “Russian-Chinese tandem”. Russian President Vladimir Putin has described them as at the “best level in history”.

And Chinese President Xi Jinping has stressed that bilateral ties are “a new type of international relations”, classified as a “comprehensive strategic partnership of coordination for a new era”, the highest rank in China’s diplomatic grading.

Though Moscow and Beijing have repeatedly insisted that their relations do not represent a formal military alliance, their level of political trust might lead some to believe they have forged a de facto alliance.

Russia and China already have wiggle room for military-diplomatic manoeuvring under the terms of the Treaty of Good-Neighbourliness and Friendly Cooperation.

Warmer relations between the two have not gone unnoticed, with Nato paying closer attention to China’s military development and making active diplomatic-security inroads into the Indo-Pacific.

Moscow and Beijing have rapidly accelerated military-to-military exchanges, raising concerns about a possible military alliance despite official statements that there are no plans for such an agreement. Even so, Russia and China have reached historic levels of military cooperation this year, holding their first bilateral combat manoeuvres on Chinese soil.

By hosting the drills, the People’s Liberation Army was sending a signal that it was sufficiently confident of its capabilities to allow foreigners to experience its performance first-hand and test out its modern military hardware. Beijing displayed its advanced weaponry for the same reason, including the J-20 stealth fighter that featured in exercises with a foreign state for the first time.

Earlier this month, Moscow and Beijing conducted their third annual joint strategic air patrol. Their navies carried out joint manoeuvres in October, including the first transit of the strategically crucial Tsugaru Strait off the coast of Japan.

The rationale behind the joint exercises is to demonstrate a more coordinated response to increased US activity in the Indo-Pacific. It is also a show of opposition against Washington’s welcome of newcomers to the region, including Canada, the United Kingdom and Germany.

Intensified military cooperation between Russia and China irks not only the United States but also its allies. Japan and South Korea have complained to Moscow and Beijing about escalating tensions in the region, and Tokyo has approved 770 billion yen (US$6.8 billion) in extra defence funding to shore up Japan’s military.

On November 23, Russia and China signed a road map for military cooperation through to 2025. The Russian Defence Ministry commended the joint air and sea operations in the Pacific Ocean and noted that the militaries of Russia and China “interact on land, at sea and in the air”, with Russian media reports indicating that both sides expected to further intensify their joint military exercises.

Given that Russia and China are also furthering cooperation on cybersecurity and space exploration, it is evident that they are embracing cooperation in all domains. This is rarely seen on an interstate level outside an official alliance framework, elevating relations to a new level.

This “all-domain” character goes beyond military cooperation to their political, technological and economic agendas. Politically, Moscow and Beijing have coordinated on the Afghanistan issue and presented a united front within the UN on several international hot topics.

Most recently, they railed against US President Joe Biden’s plans for a summit of democracies, claiming it was “an evident product of its Cold-War mentality” and opposing US interpretations of the very concept of democracy. They have also decried the Aukus agreement between the US, UK and Australia and denounced unilateral sanctions.

When Putin arrives at the Winter Olympics in Beijing next year, he will be the first national leader Xi has met in person since February 2020.

An intensive year of political interactions was marked with the November 30 online meeting of premiers to discuss Russia-China strategic interaction. China has also supported Russia over the Nord Stream 2 pipeline for the second time in two months, and Russia has reciprocated by voicing support for China’s position on the Taiwan issue and decrying calls for diplomatic boycotts of the 2022 Winter Games.

On the economic front, Russia and China have finished several cross-border infrastructure projects. They have seen a historic increase in trade, with volume exceeding US$100 billion in the first three-quarters and heading for a new annual record. Now they are pushing for greater economic cooperation with more support from each country’s legislature.

This year is pivotal for energy cooperation as well, with the launch of a joint nuclear energy project. Russia has increased electricity supplies to China as well as gas deliveries, with the possibility for further growth if or when Moscow diversifies its gas supplies away from the European market to China after the launch of the Power of Siberia 2 pipeline as it seeks more leverage over the European Union.

The dynamism in the Russia-China relationship has been driven in recent years by the growing mutual recognition of overlap with each other’s geopolitical interests and the alienation of both states from the US-led international community.

This polarisation now appears to be reaching its peak as the world splits into two camps, the Russia-China tandem and the US and its allies. All attempts to patch up relations with the US are limited by their innate ideological differences and, despite their limitations, Moscow and Beijing share a common interest in countering American influence.

Danil Bochkov is an expert at the Russian International Affairs Council. He gained his master of economics at MGIMO-University under the Ministry of Foreign Affairs of Russia and a bachelor’s degree in foreign regional studies at the Institute of Business Studies (IBS-Moscow). He also has a master’s degree in world economy from the University of international Business and Economics (UIBE, Beijing)

isranet org
Previous articleDaily Briefing: WEDNESDAY’S “NEWS OF THE WEEK IN REVIEW” (December 1, 2021)
Next articleChina and Russia Race Ahead of America