The Soviet Roots of Far-Left Antisemitism 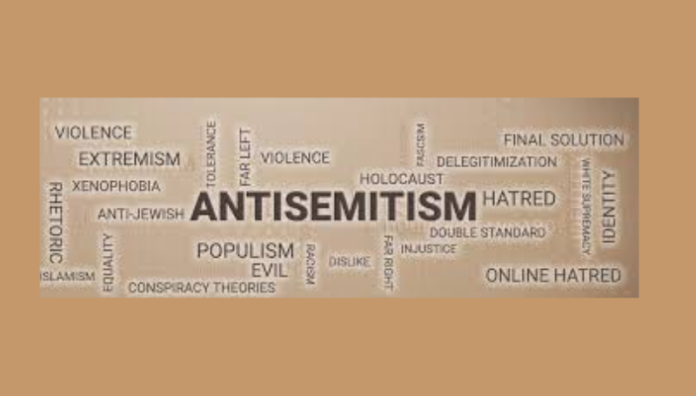 “The driving force of this wave of antisemitism is far-left extremism. It’s a testament to the effective Soviet mass-brainwashing of Western minds to side with terrorist organizations such as Hamas and Palestinian Islamic Jihad”

On social media platforms such as Facebook and TikTok, antisemitism and harassment against Jews has skyrocketed following the most recent outbreak of conflict between Israel and Hamas. Variations of the phrase “Hitler was right” were posted more than 17,000 times in just a one-week span on Twitter.

In the United States alone, the Anti-Defamation League (ADL) has collected 222 reports of antisemitic harassment, vandalism, and violence from May 10 to May 23. This represents a sharp increase of 75 percent in antisemitic incidents in the United States reported to the ADL compared to the two weeks before the fighting began. The group says these incidents have taken place in and around approximately 200 anti-Israel rallies held across the United States. These ongoing incidents include antisemitic vandalism on synagogues in American cities, the physical assault of Jews on the streets by anti-Israel gangs, and calls for the genocide of Jewish people.

Across Canada, the Jewish community continues to endure a massive outburst of antisemitism in cities such as Vancouver, Toronto, and Montreal.

In a statement, B’nai Brith Canada said the number of antisemitic assaults so far in May 2021 “easily surpasses” the total for all of 2020 (which already saw a record (pdf) 2,610 cases, up 18.3 percent from 2019). This follows a concurrent surge in antisemitism in the European Union and United Kingdom.

The driving force of this wave of antisemitism is far-left extremism. It’s a testament to the effective Soviet mass-brainwashing of Western minds to side with terrorist organizations such as Hamas and Palestinian Islamic Jihad, even as they purposefully bombard Israeli cities with over 3,000 rockets and missiles with the intent to murder as many innocent Israeli civilians as possible.

As Izabella Tabarovsky writes in Tablet magazine, the roots of this far-left antisemitic campaign began with the former ruler of the Soviet Union Joseph Stalin’s postwar show trials and continued through the end of the USSR.

On May 17, 1948, three days after the State of Israel declared independence, the Soviet Union became the first country to grant de jure recognition to the Jewish State. But when it became clear that then-Israeli Prime Minister David Ben-Gurion sought to align with Western democratic countries rather than the communist bloc, Soviet and other communist states would use the cover-term “anti-Zionism” to disguise its antisemitic policies.

The Soviet press would accuse Jews of “groveling before the West” and aiding “American imperialism” among other claims. Forty years after World War II, the Soviets would still deny that the Holocaust ever happened against Jews in the USSR. The Stalinist campaign against Jews in the USSR would culminate with the “doctors’ plot” in 1953, when a group of predominantly Jewish doctors from Moscow were accused of a conspiracy to poison the Soviet leadership. By reviving a medieval antisemitic libel, hearkening to accusations that Jews caused the Black Plague by poisoning the wells of Europe, Stalin intended to trigger the mass deportations of Jews to the Gulag. However, this plan would not come to fruition because of the sudden death of Stalin.

The Soviet Union would still continue its anti-Israel campaign in the ensuing decades. In 1955, the USSR would begin to sell weapons to Arab countries. Even the cause of Palestinian liberation and statehood were largely invented by the Soviets, considering the blueprint for the Palestine Liberation Organization (PLO) Charter was drafted in Moscow in 1964 and approved by 422 Palestinian representatives hand-selected by the KGB, according to Ion Mihai Pacepa. Such “liberation fronts” were “seen by the USSR as centers of Marxist indoctrination and opposition to democratic and capitalist movements,” states an article in the Stanford Review.

According to Pacepa, the highest-ranking defector from the former Eastern Bloc, then-PLO Chairman Yasser Arafat was an undercover operative for the KGB and “devoted Marxist.” The current Palestinian Authority President Mahmoud Abbas also allegedly worked for the KGB in the early 1980s, according to researchers from the Hebrew University in Jerusalem.

The Soviet anti-Zionist campaign produced hundreds of books and thousands of articles smearing Israel and the Jewish people by extension. “Newspapers with a circulation in the millions carried these writings to every corner of the USSR,” writes Tabarovsky, and other publications in an estimated 80 foreign languages spread this propaganda to Third World countries and the West. Radio broadcasts in the early 1970s transmitted hundreds of hours of Soviet propaganda on a weekly basis across the whole globe.

Soviet ideologues relied on classic religious antisemitism for inspiration, along with the “Protocols of the Elders of Zion” and “Mein Kampf.” But they would have to be adapted into a Marxist framework. Jewish power would be reframed into Zionist power, says Tabarovsky. Soviet caricaturists would identify the Zionist as an object of hatred, relying heavily on antisemitic portrayals in their illustrations of Israelis.

Marxist concepts such as critical race theory and intersectionality have gained a significant foothold in Western academia and are now being applied to Israel, labeling it as an aggressive expansionist power that’s oppressing the Palestinians. After condemning the rise in antisemitic attacks, the chancellor of Rutgers University–New Brunswick apologized for the hurt this message has caused. While in Princeton, dozens of faculty members signed a letter condemning “Jewish supremacy” without any mention of Hamas’s genocidal program against Jews.

According to this paradigm set forward by the far-left, antisemitism is the only form of prejudice that’s not only tolerated, but also that the victims themselves are responsible for it. This legacy of Soviet anti-Israel propaganda and misinformation must be recognized and not be allowed a veneer of academic respectability.