The Next Abraham Accords Will Be with Indonesia – Analysis:

“Sukarno’s successors remained formally anti-Israeli, but down in the field they quietly changed course.”

The plan was brave: land 150 marines in Dutch New Guinea, incite the natives to rebel, and then have their land – a chunk of equatorial rain forests and wetlands the size of Poland – join the 13-year-old Republic of Indonesia.

Militarily the operation that took place 60 years ago next month nosedived. Dutch jets detected the approaching flotilla and the Dutch navy intercepted it, sinking one vessel, disabling the rest, and killing 39 Indonesian troops.

Politically, however, the attack was a big success, as America forced the Netherlands to retreat, much the way it had forced Britain and France to abandon the Suez Canal to Gamal Abdel Nasser’s Egypt in 1956, despite his military defeat.

Nasser’s Indonesian equivalent was Sukarno, whose eviction of the Dutch emboldened him as he maneuvered between East and West while replacing democracy with autocracy. However, by 1965 his geopolitical acrobatics got out of hand, resulting in a civil war between the American-backed military and the Chinese-backed Communists.

One year and hundreds of thousands of fatalities later, Indonesia sidelined its founder and veered west. That included a slow retreat from Sukarno’s anti-Israeli dogmatism, a glacial journey that should now reach its destination.

ISRAEL WAS quick to realize Indonesia’s importance, recognizing it in 1950, ahead of most other countries.

However, five years later Sukarno hosted an African-Asian conference that became a landmark in anti-Israeli diplomacy. What began with a rejection of Israel’s request to participate in the conference culminated in a resolution calling on Africa and Asia to take the Arab side in the Middle East conflict. 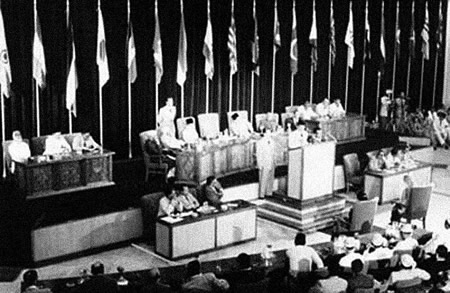 Sukarno’s successors remained formally anti-Israeli, but down in the field they quietly changed course.

The two countries began trading, and what started in 1967 with a shipment of military uniforms became by the 1980s a shipment of Skyhawk fighter jets, which were later followed by Israel Aerospace Industries’ drones.

Israel became increasingly legitimate. In 2005, an El Al plane landed in Aceh, Sumatra, with 75 tons of emergency aid for tsunami victims. In 2008, Magen David Adom signed a deal to train paramedics in Indonesia. Then Indonesian pilgrims began arriving in Israel, growing since last decade to an annual 30,000. Though disrupted by 2018’s fighting in Gaza, and then by the pandemic, this traffic is expected to resume.

While trade is believed to have already exceeded an annual half a billion dollars, diplomatic contacts also evolved.

In 1993, Yitzhak Rabin arrived in Jakarta and met with Sukarno’s successor, Suharto. In 2000, Shimon Peres landed in Jakarta, in his capacity at the time as regional cooperation minister. In 2003, former president Abdurrahman Wahid visited Israel. In 2013, then-economy minister Naftali Bennett arrived in Bali for a gathering of the World Trade Organization.

Added up, this is a trend with a clear direction, one obviously steered from above, and seeking a middle road between the paths of Indonesia’s two neighbors: Singapore, which has been openly friendly with Israel since its establishment in 1965, and Malaysia, whose hostility to Israel is second only to Iran’s.

It was a good course, from Indonesia’s viewpoint, for its time, but now that time is up, because this middle road has become historically anachronistic, diplomatically foolish and strategically absurd.

Back when Indonesia chose to treat Israel as a mistress, rendezvousing with it only in the dark, the Jewish state was still ostracized by two superpowers, China and the Soviet Union, as well as the rest of the Eastern Bloc, and also India, which until 1992 refused to admit an Israeli ambassador (though it did allow an Israel consulate in what then was called Bombay.)

Today this history is so distant that to younger Israelis it sounds like prehistory. Over the past 30 years, Israel has had full diplomatic, commercial and cultural relations with all the superpowers. Trade with all of them is vibrant, and some of it is in fact strategic, like the defense relationship with India or the exchange of academic and infrastructure enterprises with China.

This means that by shunning Israel the way it does, Indonesia is relegating itself to the company of economic laggards like Pakistan, Afghanistan and Bangladesh. Indonesia, with 270 million people sprawled on more than 17,000 islands between Oceania and China, is in a position to become a major world power. Shunning Israel will not serve that cause. 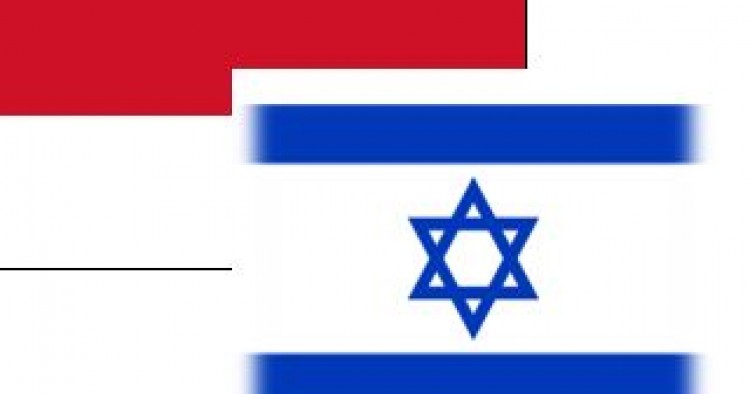 The foolishness is about the Indonesian attitude’s Arab context.

Back when Suharto shaped Jakarta’s attitude, Israel was at war with the entire Arab world, and he consciously surrendered to Arab pressure not to recognize the Jewish state. Today, Israel is formally at peace with five Arab countries, including the largest, Egypt, and is in the process of normalizing relations with a sixth country, Sudan. Collectively, these countries are home to half the Arab world’s population.

Where in this configuration does Indonesia want to belong: alongside Egypt and the United Arab Emirates, or between Syria and Yemen?

Beyond diplomacy and economics looms the most crucial reason for which Jakarta should reconcile with Jerusalem: religion.

Like almost any other country, Indonesia is threatened by Islamist violence. But unlike any other country, it is in a position, as the world’s largest Muslim-majority state, to inspire a great reconciliation between Islam and the rest of mankind. That is indeed where its leaders seem to be aiming.

However, shunning the Jewish state is, for millions of Jews worldwide, an affront, and thus hampers Indonesia’s potential role as a leader of mankind’s inter-religious reconciliation. This is Indonesia’s strategic calling, and its leaders know this. That is why the next Abraham Accord will be signed between the world’s largest Muslim domain, and only Jewish state.

The writer’s bestselling Mitzad Ha’ivelet Ha’yehudi (The Jewish March of Folly, Yediot Sefarim, 2019), is a revisionist history of the Jewish people’s leadership from antiquity to modernity.