The Media’s Verdict on Kyle Rittenhouse

“Unless you’re a regular reader of independent reporting, you would have been served a pack of lies about what happened during those terrible days in Kenosha.”

Here is what I thought was true about Kyle Rittenhouse during the last days of August 2020 based on mainstream media accounts: The 17-year-old was a racist vigilante. I thought he drove across state lines, to Kenosha, Wisc., with an illegally acquired semi-automatic rifle to a town to which he had no connection. I thought he went there because he knew there were Black Lives Matter protests and he wanted to start a fight. And I thought that by the end of the evening of August 25, 2020, he had done just that, killing two peaceful protestors and injuring a third.

Unless you’re a regular reader of independent reporting — Jacob Siegel of Tablet Magazine and Jesse Singal stand out for being ahead of the pack (and pilloried, like clockwork, for not going along with the herd) — you would have been served a pack of lies about what happened during those terrible days in Kenosha. And you would have been shocked over the past two weeks as the trial unfolded in Wisconsin as every core claim was undermined by the evidence of what actually happened that night.

This wasn’t a disinformation campaign waged by Reddit trolls or anonymous Twitter accounts. It was one pushed by the mainstream media and sitting members of Congress for the sake of an expedient political narrative—a narrative that asked people to believe, among other unrealities, that blocks of burning buildings somehow constituted peaceful protests.

Take this, for instance, from CNN:

So, too, this statement posted by Congresswoman Ayanna Pressley, which perfectly summarizes what was, until the vertigo-inducing trial, the mainstream position on the matter.

But just as in the cases of Covington Catholic’s Nick Sandmann or Jussie Smollet or the “Russia-collusion” narrative, almost none of the details holding up that politically convenient position (boys in MAGA hats are bigoted; racism is as much a blight as it has always been; Trump conspired with Putin) were true.

Take each in turn:

First, the idea that Kyle Rittenhouse was a white supremacist.

There was zero evidence that Rittenhouse was connected to white supremacist groups at the time of the shooting. He was a Trump supporter, yes, though he wasn’t old enough to vote. He was an admirer of police and firefighters, also true. He was a lifeguard. He’d been part of a “police explorer” program, and was also a firefighter/EMT cadet with the fire department in Antioch, Illinois, where he lived with his mom and two sisters.

That Rittenhouse had no connection to Kenosha.

In addition to having a job in Kenosha, Rittenhouse testified that much of his family lived there: his father, his grandma, his aunt and uncle, and his cousins. He also testified that on the morning of the shootings, he went downtown with his sister and friends to see the damage done by rioting the night before, and spent about two hours cleaning graffiti off of the local high school.

That Rittenhouse drove across state lines with a gun that night to oppose the protests.

This was a line that we heard constantly—never mind that Antioch, Illinois, is about 20 miles from Kenosha, Wisconsin. As the trial has shown, Kyle Rittenhouse did not travel to Kenosha to oppose protesters. He testified under oath that he had traveled to Kenosha for his job the night before the shootings, and was staying at a friend’s house.

So what about the gun?

Rittenhouse didn’t bring the gun to Kenosha. The gun was purchased for Rittenhouse months earlier by a friend and stored in Kenosha at the home of that friend’s stepfather, as then-17-year-old Rittenhouse was too young to purchase it.

But it was illegal for him to even have the gun given that he wasn’t yet 18 years old, right?

That is not true. Under Wisconsin law, 17-year-olds are prohibited from carrying rifles only if they are short-barreled.

The weapon Rittenhouse was carrying was not short-barreled. Which is why, during closing arguments, the court threw out the charge.

He was out there looking for a fight, and he got one: He killed two people and severely wounded a third. 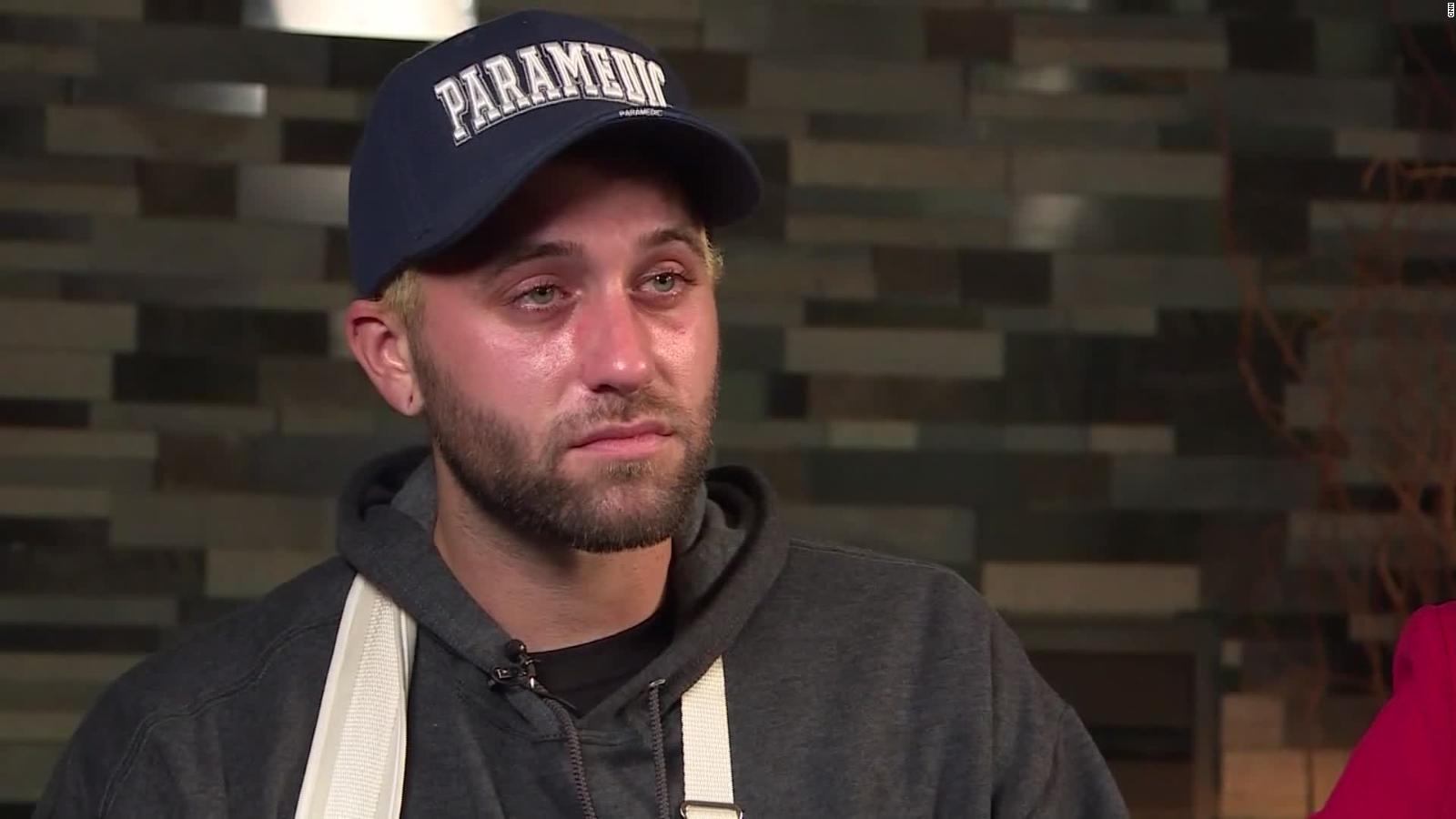 Defense attorney: When you were standing three to five feet from him with your arms up in the air, he never fired, right?

Defense attorney: It wasn’t until you pointed your gun at him, advanced on him with your gun—now your hand’s down pointed at him—that he fired, right?

Had the people Rittenhouse shot, as Pressley claims, “assembled to affirm the value, dignity, and worth of Black lives”?

Watch this video of Joseph Rosenbaum and ask yourself if that is how you would describe this person:

Rosenbaum, 36, had spent years of his life in prison because he was a convicted sex offender. The morning he was killed, Rosenbaum was released from a Milwaukee hospital where he had been admitted after a suicide attempt. Ryan Balch, another witness for the prosecution, testified that Rosenbaum threatened both Balch and Rittenhouse saying, “If I catch you guys alone tonight, I’m gonna fucking kill you.”

In the aftermath of the media frenzy around the Covington Catholic story at least there were some mea culpas from the mainstream press, some sense of shame, some desire to get the egg off their faces. But with rare exception it doesn’t look like we’ll be getting that here.

Here was Joe Scarborough of MSNBC on Friday, as the trial was wrapping up:

“Here we have a 17-year-old kid, underage, said he bought an AR-15 because he thought it was cool. He drove across state — had his mother drive him across state lines—he appointed himself a militia member, he goes around and he ends up unloading, what, sixty rounds?”

Here is Bakari Sellers on CNN:

Ferguson’s police chief, Frank McCall, says that he is not aware of any such thing happening. Indeed, the idea that white supremacists hid behind a hill and shot at Bush and her fellow protestors in Ferguson — and that this somehow went completely uncovered until now —sounds a bit like the false claim that the government intentionally blew up the levees in the Ninth Ward during Katrina. Or that the Sandy Hook massacre was a hoax. Only this is a statement from a sitting member of the United States Congress. It’s Qanon made respectable.

To admit that the press, in the main, got just about every key fact in the Rittenhouse case wrong — that he crossed state lines with a gun, that he had the gun illegally, that he had no connection to Kenosha, that he was connected to white supremacist groups — has nothing to do with whether Kyle Rittenhouse should have gone to Kenosha that day. It has nothing to do with where one stands on the question of open carry. (I am opposed). Or whether or not a teenager should be allowed to walk around with a semiautomatic rifle. (I find it baffling that this is legal.)

No teenager should have been walking around the chaos in Kenosha with a semiautomatic rifle that night. Still, doing so does not forfeit your right to self-defense.

Rittenhouse and his violent acts (justified or unjustified) are tragic. But it is a tragedy that could have been avoided. We saw the night of August 25 what can occur when the state fails or refuses to do what it is uniquely charged to do: maintain the rule of law.

It did not help that in many places last summer, cities and police forces indicated or explicitly said they wouldn’t defend people’s property from destruction or burglary during the unrest. And it didn’t help our understanding of what transpired on August 25 that we were told repeatedly by national media outlets that there weren’t riots, and there wasn’t violence in Kenosha that night until Kyle Rittenhouse discharged his weapon. We could all see the blocks of burning buildings with our own eyes.

To acknowledge the facts of what happened that night is not political. It is simply to acknowledge reality. It is to say that facts are still facts and that lies are lies. It is to insist that mob justice is not justice. It is to say that media consensus is not the equivalent of due process. And that pretending otherwise for the sake of political expediency is why the National Guard is now standing watch in Kenosha, bracing for violence once again in the anticipation of a verdict that for many, has already been decided.