The Hunter Biden Email Cover-Up Is a Scandal 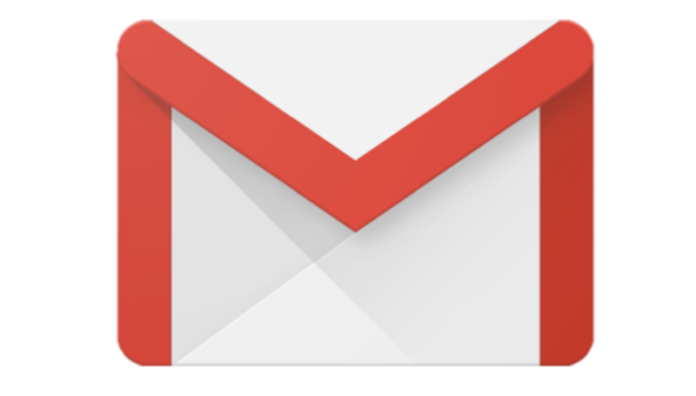 “Yet virtually the entire censorious journalistic establishment, with the help of tech giants, attempted to limit the story’s exposure by banning it outright, creating the impression that it didn’t meet proper journalistic standards or that it had been planted by Russian spooks.”

The Hunter Biden email cover-up may not be the most contemptible example of the modern political media’s corruption, but it is probably the most demonstrable.

Politico reports today that Ben Schreckinger’s new book, The Bidens: Inside the First Family’s Fifty-Year Rise to Power, corroborates much of the New York Post’s pre-election reporting on Hunter Biden’s emails. Two of them stick out: The first is a 2015 missive from a Ukrainian businessman thanking Hunter for the chance to meet Joe Biden — then, still vice president. The second is a 2017 email in which a proposed equity breakdown of a venture with Chinese energy executives included the line, “10 held by H for the big guy?” A Swedish government agency and two people who corresponded directly with Hunter also confirmed the emails.

Of course, the New York Post story already had more substantiation than the histrionic and fallacious Russia-collusion scoops the nation had been subjected to for four years. The Post had reported, in great detail, how it had physically obtained Hunter’s laptop. They had interviewed the owner of the Delaware computer shop where Hunter had abandoned his computer. They had Hunter’s signature on a receipt. The Post had on-the-record sources with intimate knowledge of Hunter’s interactions. And later, the emails were authenticated by forensic specialists.

Yet virtually the entire censorious journalistic establishment, with the help of tech giants, attempted to limit the story’s exposure by banning it outright, creating the impression that it didn’t meet proper journalistic standards or that it had been planted by Russian spooks. Schreckinger’s own publication ran a piece headlined “Hunter Biden story is Russian disinfo,” written by one of journalism’s leading Russia-collusion fabulists, Natasha Bertrand. The usual suspects, such as Ken Dilanian, suddenly wrote process stories about how they were hamstrung by Republicans. Vox called the Post’s story “nonsense” and asked alleged journalism professor Jay Rosen, the kind of partisan shill that’s been destroying the industry, whether he agreed that progress had been made by sinking the piece before the election. The Washington Post and others “fact-checked” the story with a degree of professional scrutiny they rarely apply to themselves.

Only a month earlier, Jeffrey Goldberg had published a highly shared Atlantic piece accusing Donald Trump of besmirching the American military in which he failed to offer a single on-the-record source or corroborating evidence — and then refused to respond to the 21 sources, including on-the-record eyewitnesses, who publicly refuted his account.

And a few months later, the media were breathlessly reporting the infamous Russian-bounty story, about Russia paying the Taliban to kill coalition troops including Americans. This, too, turned out to be another in a long line of “fake news” pieces. This had gone on for years. Is it any wonder that trust in the media dropped from 70 precent in 2016 to 35 percent this year?

CNN, where unsubstantiated gang-rape allegations against Brett Kavanaugh were treated as legitimate news, wrote a piece headlined: “The anatomy of the New York Post’s dubious Hunter Biden story.” What was dubious about it? CNN’s chief media correspondent, Brian Stelter, who regularly hosted the raving smear-peddler Michael Avenatti (now in prison for extortion), said of the New York Post, “We are not talking about fully reliable sources here.” Well, I suppose, the one thing the Post had going for it over CNN in its investigation of a presidential son was the presence of a non-imaginary source.

When Hunter’s former partner and Navy veteran Tony Bobulinski was interviewed on Tucker Carlson, he claimed he’d had a business meeting with Joe Biden in 2017, and that the former vice president had been intimately involved in the family business for years. We now have emails that lend credence to those claims.

We shouldn’t forget, either, that there is still no widespread reporting on evidence showing that the president may have benefited from his son’s shady overseas scams. Perhaps Hunter lied in the emails about the “Big Man” getting paid, but on numerous occasions Joe Biden denied having any knowledge about Hunter’s business deals or his use of family ties to strike deals with Chinese Communists and Ukrainian energy interests. Does anyone believe that Biden didn’t ask his son what he was doing when Hunter tagged along on an Air Force Two trip to China in 2013? When Hunter became a board member of Burisma in 2014, contemporaneous news reports suggested there was a conflict of interest, given his father’s position. Did Biden not read those pieces? Two Obama-administration officials reportedly raised the ethical problems with Hunter’s dealings. But Joe never discussed this with anyone?

Much of the reticence in investigating Hunter Biden was surely a reaction to the fallout over the Hillary Clinton email scandal. A revisionist history has emerged in which Hillary was the victim of an unfair and unnewsworthy story. In reality, because of her reckless and potentially criminal behavior, there was an open FBI investigation into the front-running presidential candidate for the presidency of the United States. If anything, Hillary is lucky that James Comey let her off the hook.

Still, political media weren’t going to have a repeat of 2016 and ruin the Democrats’ chances. We don’t know whether Joe Biden has engaged in any criminal, corrupt, or even fishy behavior — and major outlets seem determined to never find out. And it speaks poorly of the nation’s political media, to say the least, that Americans have a better chance of learning what Biden’s favorite ice-cream flavor is than whether he knew about, or cashed in on, his son’s corrupt adventures.

DAVID HARSANYI is a senior writer for National Review and the author of the forthcoming EUROTRASH: WHY AMERICA MUST REJECT THE FAILED IDEAS OF A DYING CONTINENT. @davidharsanyi

isranet org
Previous articleDaily Briefing: WEDNESDAY’S “NEWS OF THE WEEK IN REVIEW” (October 6, 2021)
Next articleHow the Media’s 9/11 Anniversary Coverage Shifted from a Critical Look at al-Qaida to Attacking America