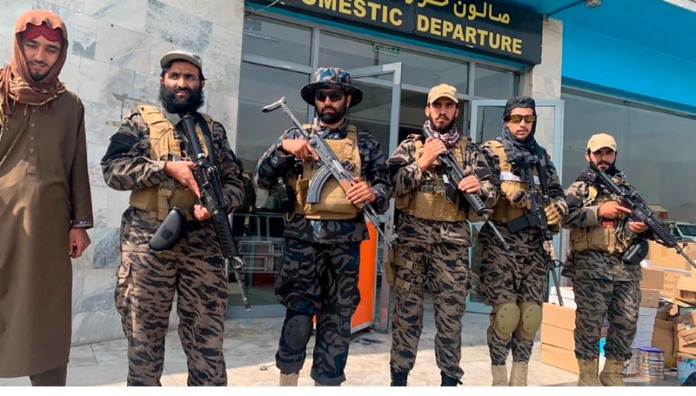 “The Haqqani Network, which plays an integral role in the Taliban’s political and military command structure, has long advertised the operations carried out by its special forces in the “Badri Army.” The Haqqanis are, at a minimum, closely allied with al Qaeda.”

Taliban-linked social media accounts claim that members of the group’s Badri 313 outfit are providing “security” at Kabul’s international airport. Badri 313 is a special forces wing of the Taliban’s army. It has been responsible for some of the group’s key battlefield successes and has also conducted complex “martyrdom” (suicide) operations.

Photos posted on Taliban-associated feeds purportedly show Badri 313 units in and around the airport in Kabul. It is not clear how many of the group’s men are there. FDD’s Long War Journal has not independently confirmed their presence.

The Haqqani Network, which plays an integral role in the Taliban’s political and military command structure, has long advertised the operations carried out by its special forces in the “Badri Army.” The Haqqanis are, at a minimum, closely allied with al Qaeda.

In February 2020, for instance, the Haqqani’s Manba Al Jihad media arm released a video entitled, “Badri Strike.” The production was posted online just weeks before the Trump administration entered into a withdrawal agreement with the Taliban in Doha.

“Badri Strike” contains clips of President Trump saying that “the American people are weary of war without victory.” Trump continued: “Nowhere is this more evident than with the war in Afghanistan, the longest war in American history, 17 years.” The video’s producers say America and its allies in Kabul have been defeated.

The video’s narrator states that whereas the the U.S. once declared the Taliban to be “terrorists,” it was forced to negotiate with the jihadists. The talks are portrayed as a clear victory for the Taliban’s Islamic Emirate, which the narrator holds up as an example for other Muslim groups around the world. The production also places the impending return of the Taliban’s Islamic Emirate in the context of Muslims’ quest to restore an Islamic caliphate to power. In other words, the Taliban was anticipating a complete victory in the months to come.

A key ideologue featured in “Badri Strike” is Ustadh Mohammad Yasir, a dual-hatted Taliban-Al Qaeda figure. Yasir reportedly died in 2012 under somewhat murky circumstances. He had been arrested by Pakistani forces several years before. Yasir was a key ideologue for al Qaeda’s recruitment efforts in Afghanistan and Pakistan.

Yasir appeared in al Qaeda’s media, including an interview with As Sahab. Ayman al-Zawahiri honored Yasir in a talk released on the 18th anniversary of the 9/11 attacks. Zawahiri recounted a meeting between Yasir and bin Laden in the Tora Bora Mountains in late 2001, during which the pair discussed the 9/11 hijackings.

The archival audio of Yasir included in “Badri Strike” is therefore telling. It demonstrates that the special forces wing of the Taliban is drawing from the same ideological well as al Qaeda. In the brief clip, Yasir explains the supposed virtues of martyrdom.

“This is the blessing of your sacrifices, blood and martyrs,” Yasir says in the clip included in “Badri Strike.” Yasir goes on: “Martyrs in every nation are like candles. It burns its own self, but lightens the darknesses, it burns its own self, but gives light to others. Similarly, if your martyrs have sacrificed and burnt their lives (for Allah SWT), they have also brightened the house of Islam.”

Much of “Badri Strike” is devoted to glorifying the team of jihadists responsible for the Nov. 2018 attack on a G4S compound in Kabul. G4S is a British security and intelligence firm. “Badri Strike” documents the meticulous planning and training that went into the complicated suicide operation. A team of Badri 313 commandos received elite training in small arms beforehand. They infiltrated the compound after one of their comrades detonated a large vehicle bomb outside.

Badri 313 is now providing security outside the Kabul airport, according to online Taliban sources.

Background on the Taliban’s special forces

Taliban members and supporters often use Badri 313 interchangeably with other terms to identify the group’s “Special Forces.” The infamous “Red Unit” or “Blood Unit” is also among the organization’s commandos. The Taliban used these elite formations as shock troops in its conquest of Afghanistan. The name Badri 313 is a tribute to the Battle of Badr, in which the Prophet Muhammad reportedly led 313 men to victory.

The Haqqani Network has promoted its special forces units as far back as Nov. 2011, when it carried out an attack on the Continental Hotel in Kabul. The Haqqani’s video, titled “The Army of Badr 1,” featured “hot and attractive shots of the training, wills, and the operations of the mujahideen who participated in this martyrdom-seeking operation.” Manba al Jihad, the propaganda arm of the Haqqani Network, produced the video.

In 2015, the Taliban released another “Army of Badr” video from its Salahadin Ayyubi camp. That footage also celebrated the commandos who executed a complex suicide assault on the Afghan National Directorate of Security’s headquarters in Ghazni in Sept. 2014.

One of Manba al Jihad’s most detailed videos of the Taliban’s special forces was released in June 2020, just three months after the Trump administration agreed to a withdrawal deal with the Taliban. Sirajuddin Haqqani gave a recorded speech lauding graduates from its Al Fateh Military camp. The Al Fateh camp is a known training location for the Taliban’s special forces. In the video, titled “Victorious Forces (1),” both Siraj and Mullah Yacub, the son of Mullah Omar, praised the fighters, their commitment and military prowess, while emphasizing their importance to the Taliban’s jihad. Both Siraj and Yacub are deputy emirs in the Taliban’s hierarchy. Two of the units featured in the June 2020 video showed the Taliban fighters wearing the distinct red headbands of the “Blood Unit.”

In early April 2021, just weeks before the Taliban launched its blitz to seize the country, the Taliban released scores of images. The photos featured “[h]undreds of Mujahidin [holy warriors] and martyrdom seekers” who “have graduated from Khalid bin Waleed, Al-Fateh and Hazrat Abu Bakr Siddique Military Camps of the Islamic Emirate of Afghanistan.” The images showed well-armed and equipped Taliban fighters from its special forces in various stages of training. 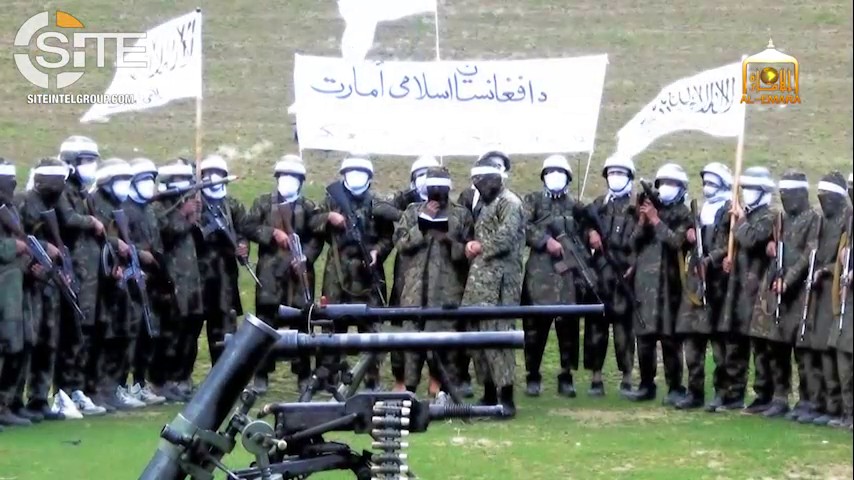 Al Qaeda previously operated a unit in Afghanistan and Pakistan known as Brigade 313. This unit, which was part of al Qaeda’s Lashkar Zil or Shadow Army, was led by Ilyas Kashmiri, the famed Pakistani jihadist and al Qaeda military commander.

The U.S. killed Kashmiri in a drone strike in South Waziristan in the spring of 2011. The 313 Brigade was made up of elements of the Afghan and Pakistani Taliban, as well as allied jihadist groups such as Laskhar-e-Jhangvi, Harakat-ul-Jihad-al-Islami, Lashkar-e-Taiba, Jaish-e-Mohammed, Jundallah and others. It formed the nucleus of what became Al Qaeda in the Indian Subcontinent. Kashmiri had significant ties to the Haqqani Network. Before his death, he operated a training camp in Miramshah, North Waziristan, the Haqqani Network’s base of operations in Pakistan.

isranet org
Previous articleEli Lake: Afghanistan and the Return Of Cruise-Missile Diplomacy
Next articleThe Fatal Failure of Gen. Mark A. Milley over Closing Bagram Air Base