Strike on U.S. Base Was Iranian Response to Israeli Attack, Officials Say 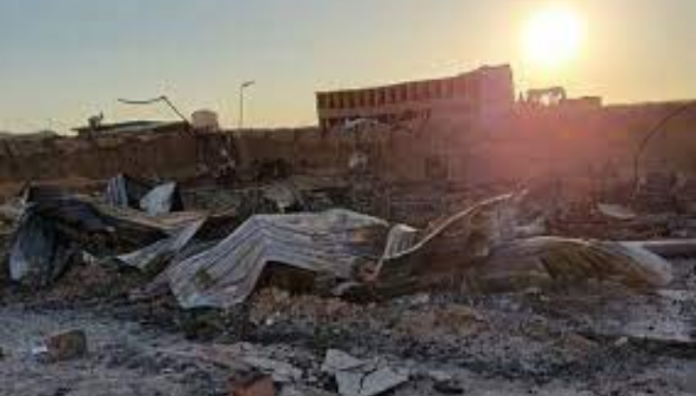 “Israeli and U.S. intelligence officials said they had intelligence indicating that Iran was behind the operation.”

An armed drone strike last month on an American military base in southern Syria was Iranian retaliation for Israeli airstrikes in Syria, according to eight American and Israeli officials who spoke on the condition of anonymity to discuss intelligence matters.

The drone attack, which caused no casualties, would be the first time Iran has directed a military strike against the United States in response to an attack by Israel, an escalation of Iran’s shadow war with Israel that poses new dangers to U.S. forces in the Middle East.

Five so-called suicide drones were launched at the American base at Al Tanf on Oct. 20 in what the U.S. Central Command called a “deliberate and coordinated” attack. Only two detonated on impact, but they were loaded with ball bearings and shrapnel with a “clear intent to kill,” a senior U.S. military official said.

Most of the 200 American troops stationed at the base, whose main role is training Syrian militias to fight the Islamic State, had been evacuated hours earlier after being tipped off by Israeli intelligence, the officials said.

U.S. officials said they believed that Iran directed and supplied the proxy forces that carried out the attack. 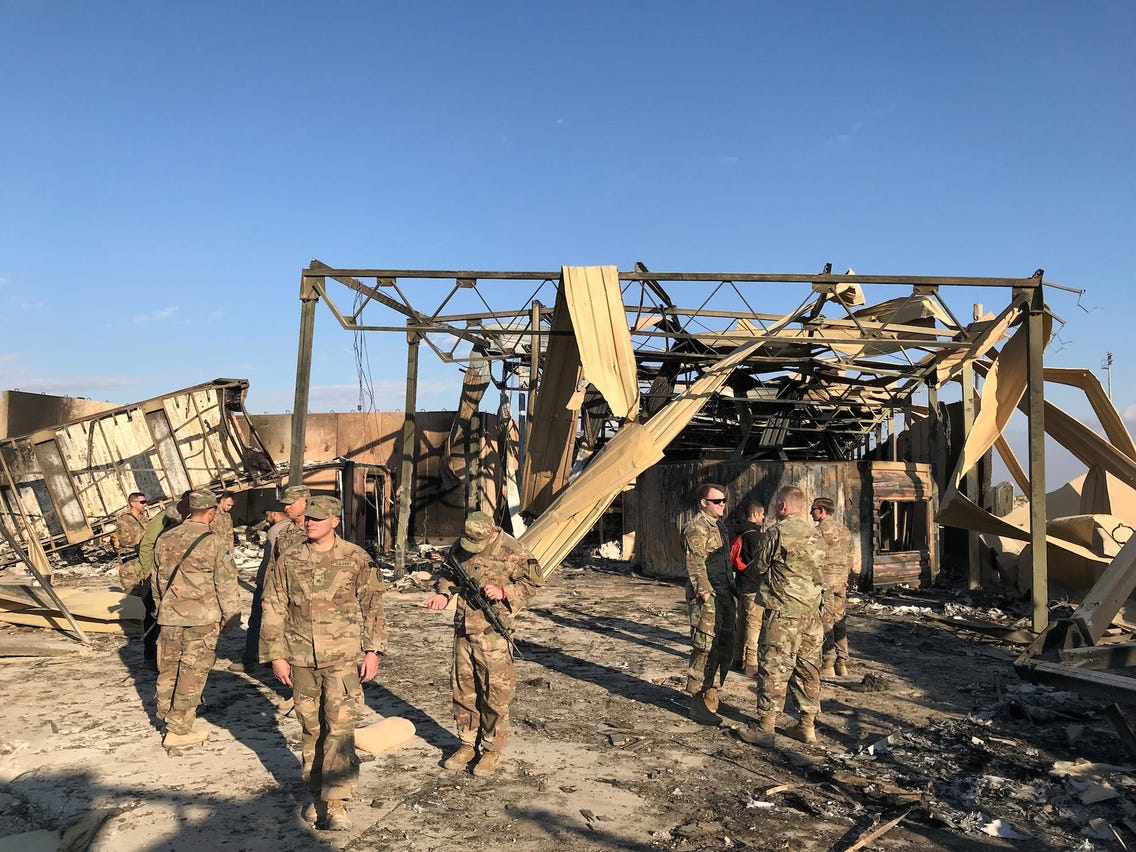 They were reluctant to disclose further details of the attack, and a Pentagon spokesman declined to publicly accuse Iran, partly to avoid upending talks to restart the nuclear deal with Tehran, which are set to resume at the end of the month.

However, both Israeli and U.S. intelligence officials said they had intelligence indicating that Iran was behind the operation. Because three of the drones did not explode, American officials were able to study them and determine that they employed the same technology as drones used by Iran-backed militias in Iraq.

Iran has not claimed responsibility for the attack, though Iranian news media applauded it.

“There have been a number of these incidents where they accused Iran without any proof or documents,” Saeed Khatibzadeh, Iran’s Foreign Ministry spokesman, said at a news conference last week. “Countries that have established military bases in Syria without the invitation of Syria’s central government, continue policies of terrorism and support terrorist countries are the real root of instability in the region and in Syria.”

A Telegram channel run by affiliates of Iran’s Islamic Revolutionary Guards Corps said the strike was a response to the U.S. allowing Israeli attacks on “resistance” forces in eastern Syria. Militia commanders, it said, concluded that they “must pull the teeth of the snake,” meaning the United States.

The American base lies on a road serving as a vital link for Iranian-backed forces along a strategic corridor from Tehran through Iraq and Syria to southern Lebanon and the Israeli border.

Senior U.S. and Israeli officials said they had intelligence indicating that the drone attack was retaliation for several recent Israeli strikes on Iranian forces in Syria.

On Oct. 8, Israel fired missiles on an air base in central Syria that, according to the Britain-based Syrian Observatory for Human Rights, serves as an Iranian military headquarters. 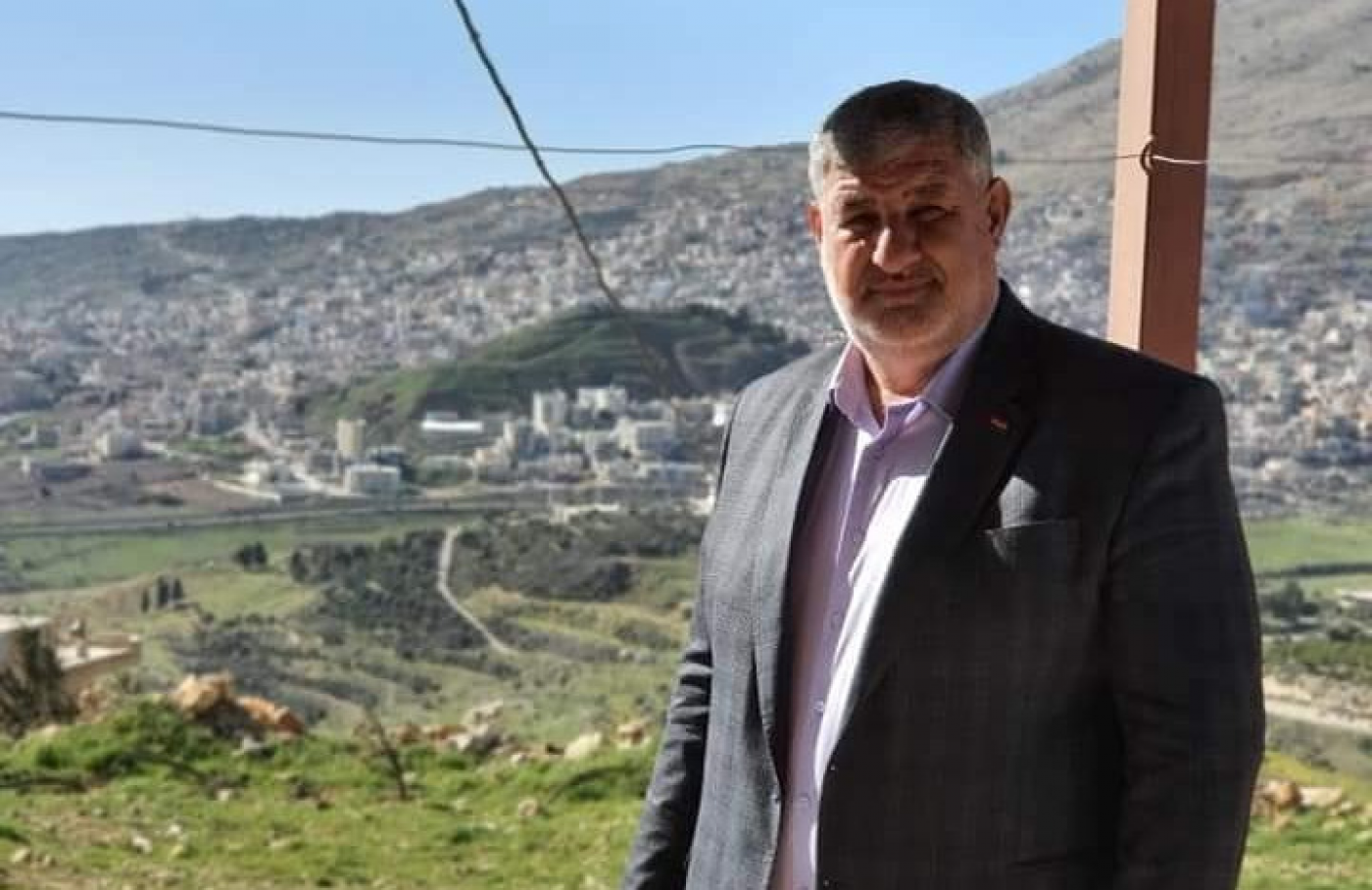 On Oct. 16, an Israeli sniper assassinated Midhat Saleh, a high-ranking Syrian official who Israeli intelligence said was working with Iran to establish military infrastructure along the border for an attack against Israel.

Iranian forces first moved into Syria to defend President Bashar al-Assad against a rebellion that began in 2011, and have used the ensuing civil war as an opportunity to build militias and military infrastructure directed at Israel. Israel has carried out hundreds of attacks against Iranian targets in Syria since 2013.

The U.S. official said the Iranians were reluctant to attack Israel for fear of retaliation, so they did the next best thing — strike the Americans. The official said that Iran wanted to avoid a direct confrontation with the Americans but took a big risk attacking Al Tanf, which could have killed American soldiers, forcing an American military response.

Two senior U.S. officials said that Iran may have believed that the drone strike would be seen as the initiative of militias rather than Iran.

American officials said the head of Iran’s Revolutionary Guards in Syria, Javad Ghaffari, is an aggressive supporter of using military force to oust American troops from Iraq and Syria. But the officials said it was unclear how much the group’s leaders in Iran agreed with this approach. 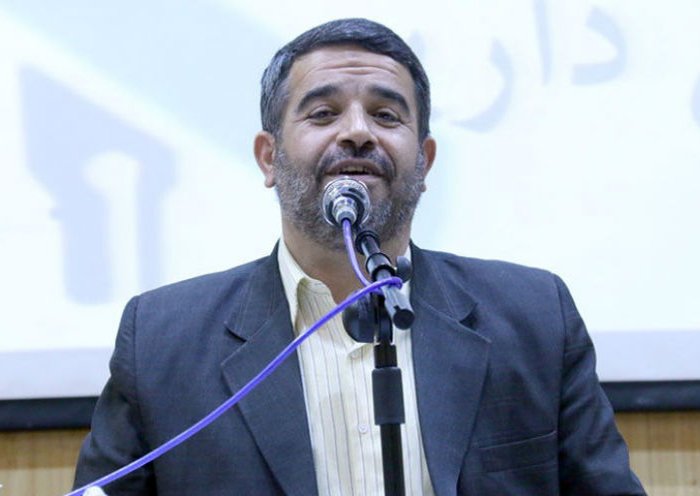 The American response was to announce new sanctions against two senior members of the Revolutionary Guards, two other Iranians, and two companies that the United States says are affiliated with the Guards’ drone program.

American officials said they were dubious that new sanctions would have enough teeth to do much good.

Iran appears to have attacked third parties before in response to Israeli attacks.

In 2019, about two weeks after Israel attacked a missile production facility in Beirut belonging to Hezbollah, the powerful Iranian-backed militia in Lebanon, Saudi Arabian oil facilities were attacked with suicide drones and cruise missiles. American officials said Iran had carried out the attack. Iran denied it.

The United States, Israel and Saudi Arabia have all been part of an anti-Iran coalition to varying degrees and Iranian officials see all three as a single threat. In this case, American and Emirati intelligence officials said, Iran attacked Saudi Arabia because it feared a direct confrontation with Israel.

The attack on Al Tanf is the latest in an increasingly tense series of military exchanges and confrontations between Iran, Israel and the United States.

Iran seized an oil tanker in the Sea of Oman last month after an encounter with the U.S. Navy, but the two sides gave widely differing accounts of whose tanker it was and what, exactly, had happened.

Separately, U.S. officials complained this month that multiple drones, believed to be Iranian, had an “unsafe and unprofessional interaction” with the U.S.S. Essex amphibious assault ship as the vessel left the Strait of Hormuz.

In July, an oil tanker managed by an Israeli-owned shipping firm was attacked off the coast of Oman, killing two crew members from Britain and Romania. Israeli and U.S. officials said the attack appeared to have been carried out by several Iranian drones that crashed into living quarters underneath the ship’s command center.

The strike was the first Iranian attack in the maritime conflict known to have killed civilians.