‘Strangers in Their Own Land’: Iraqi Yazidis and Their Plight, 7 Years on from Genocide

“More than 200,000 displaced Iraqi Yazidis are living in refugee camps, where poverty is deepening.”

Each year in the second week of December, Iraqi Yazidis, an ethnoreligious minority in northern Iraq, celebrate Rojiet Ezi, a festival that follows three days of fasting. During my ethnographic fieldwork in a refugee camp in Iraqi Kurdistan in 2019, I witnessed how this festival brings joy to the displaced Yazidis as they celebrate with family and friends and assemble in festive clothes. At the same time, however, the fasting festival was filled with sorrow and grief.

More than 200,000 displaced Iraqi Yazidis are living in refugee camps, where poverty is deepening. Many families are still searching for nearly 3,000 Yezidi women and children who were kidnapped by the Islamic State group in 2014. The Yazidi homeland in the Sinjar region in northern Iraq remains a war-torn area, as the prospect of economic and political stability in Iraq remains unclear.

Who are Yazidis, and why, even after seven years, have they not been able to return their lives to normalcy? 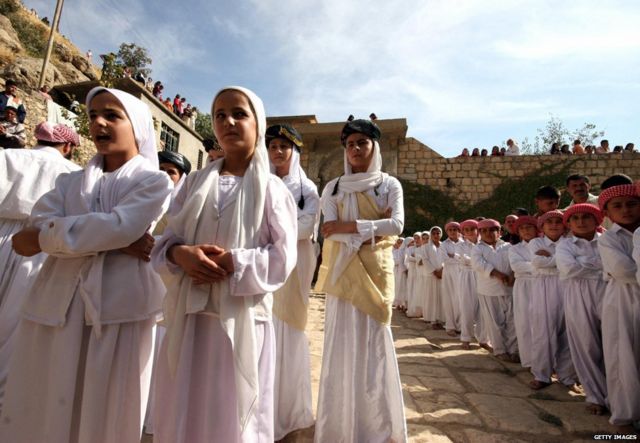 Yazidis, colloquially called “the people of the Peacock Angel,” are the followers of a monotheistic religion. Although the religion of Yazidis contains elements similar to those of other faiths, such Zoroastrianism, Christianity and Islam, it maintains strikingly different interpretations and practices.

Yazidis believe that God, whom they refer to as Xwedê, handed over the worldly affairs to seven holy beings, known as Heft Sir. The Peacock Angel, or Melek Tawus, is the preeminent figure among these holy beings and is believed to be the main representative of God on the face of the Earth.

For centuries, European and Islamic scholars erroneously conflated the figure of Peacock Angel with the devil in Abrahamic religions. This misconception has caused Yazidis to be mistakenly labeled as devil-worshippers.

The violent campaigns against Yazidis continued during the Baath regime that was in power from 1968 to 2003. The destruction of Yazidi villages at the time resulted in Yazidis’ mass displacement. In 2007, A few years after the American invasion of Iraq, the Yazidi community endured one of the deadliest car bomb attacks in post-Saddam Iraq.

The Yazidi lore attests to 74 persecutions throughout history. 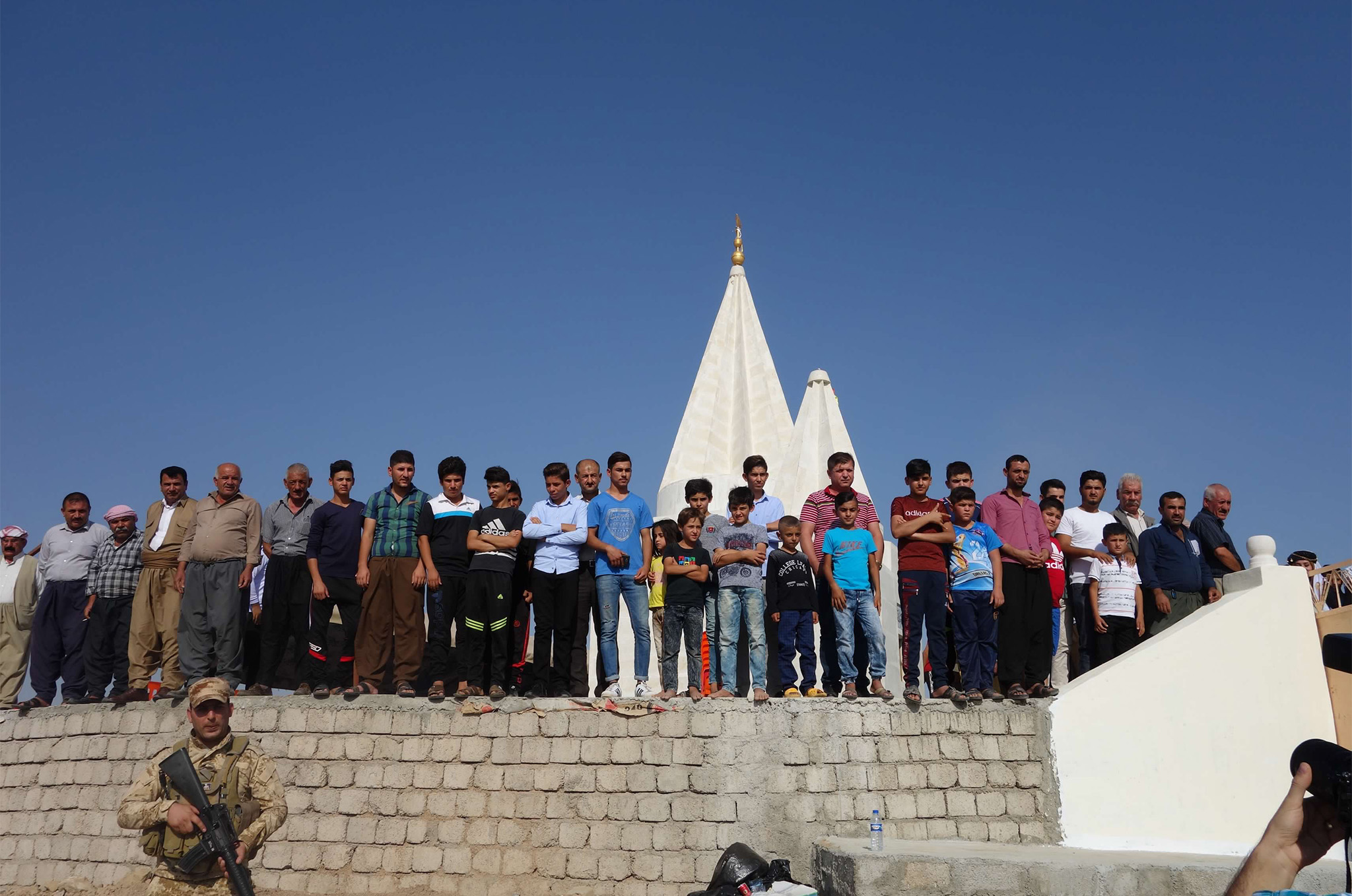 The 2014 Islamic State group attack, known as “The Black Day” or Roja Reş, which led to the fall of Sinjar and the mass exodus of the Yazidi community, was not an isolated event. Rather, it had its roots in the 2003 American invasion of Iraq and the power struggle that ensued.

Following the American invasion, the Sinjar region fell under the category of “disputed territories.” These territories, which mostly consist of oil-rich areas, have long been at the heart of the Arab-Kurdish conflict in Iraq. Before the American invasion, these areas were mostly under the control of the Iraqi Army. However, after the fall of Saddam Hussein in 2003, the Kurdistan Regional Government came to control parts of these areas, including the Sinjar region, with the support of the U.S. military. The sectarian environment and the political vacuum following the fall of Saddam contributed to the rise of the Islamic State group in the region.

On the eve of the terrorist attack in 2014, thousands of Yazidis put their hope in the promises of Kurdish authorities for protection. However, the hasty withdrawal of Kurdish forces left the entire region defenseless.

Hundreds of thousands of Yazidis escaped to the Sinjar Mountain in the scorching summer heat as the Islamic State group took over the region. The majority of the Yazidis were ultimately resettled in refugee camps in Iraqi Kurdistan, where I conducted my fieldwork.

Seven years after the Islamic State group attack, Iraqi Yazidis still suffer from the same structural challenges rooted in the sectarian divide and grapple with the ramifications of the 2014 genocide.

I witnessed how displaced Yazidis struggled to gain access to basic services such as electricity and clean water. The high cost of health care often prevents them from receiving treatment, or even if they do, it leads to immense financial hardships.

An agreement signed by the Kurdistan and Iraqi governments in 2020 to restore stability in the Sinjar region has not been implemented yet. This agreement provides a framework for the deportation and disarmament of all armed groups in the region and assisting displaced Yazidis to return to their homeland.

The pandemic has further pushed displaced Yazidis into despair and worsened their living conditions in the refugee camps. Many have had to choose either to remain in the camps, enduring extended lockdowns and losing their livelihoods, or to embrace the risks of the political and military violence involved in returning to their homes.

During the fasting festival in 2019 when I was conducting my fieldwork, I saw Yazidi children, dressed in new clothes and smiles, cheerily visiting each tent to collect candy. At the same time, however, their parents wrestled with the pain and anguish of occupying a space where they are viewed as outsiders. As a displaced Yazidi told me during my fieldwork: “It feels as if you are a stranger in your own land.”