“Rooney thus joins a list of cultural figures whose ignorance and malevolence on the subject of Israel dwarf any talent they may possess. But there’s a further point to make about this particular individual. For she is Irish; and the Irish Republic has a particularly long and troubling record of antagonism towards not just Israel but the Jewish people.”

The best-selling novelist, Sally Rooney, has refused to have her new novel, Beautiful World, Where Are You? published in Hebrew. She told Modan, the Hebrew-language publisher of her first two books, that she wouldn’t allow the latest one to follow suit because she supports a cultural boycott of Israel.

Rooney, 30, has been open about her opposition to Israel. In July, soon after the conflict between Israel and Hamas in Gaza, Rooney was one of thousands of artists to sign a letter accusing Israel of apartheid and calling for its international isolation. The letter called for “an end to the support provided by global powers to Israel and its military; especially the United States,” and for governments to “cut trade, economic and cultural relations”.

Rooney’s characters generally have leftist politics, and her books invoke Israel in that context. In “Normal People,” the main characters attend a protest against Israel during the 2014 Gaza War. And in Rooney’s debut novel, “Conversations with Friends,” a character named Bobbi talks about how relationships are about power, but people instead focus on “niceness”. She then says, “I mean this is an issue in public discourse. We end up asking like, is Israel ‘nicer’ than Palestine.”

Rooney thus joins a list of cultural figures whose ignorance and malevolence on the subject of Israel dwarf any talent they may possess. But there’s a further point to make about this particular individual. For she is Irish; and the Irish Republic has a particularly long and troubling record of antagonism towards not just Israel but the Jewish people.

This summer, it passed a motion condemning “de facto annexation” of Palestinian land. In 2018, Dublin’s city council passed resolutions endorsing a boycott of Israel and calling for the expulsion of the Israeli ambassador to Ireland.

Ireland is one of the most anti-Israel countries in Europe. But this bigotry goes further and deeper.

The researcher David Collier, whose indefatigable attempts to defend the Jewish people mean he has to wade through the foul cultural sewage of today’s surging Jew-hatred, has just published a 202-page report on antisemitism in Ireland. You can read his report, the product of several years’ research, here.

What he found shocked even him. He writes:

Dozens of Irish politicians, he says, were found to contribute towards rising antisemitism in a number of ways. Here are a few examples of what he unearthed among a range of people.

A post about an alleged Israeli attack on the trees of Palestinian farmers featured video footage shared by Seán Crowe, a member of the Dail, the Irish parliament. But the footage was actually of a cull of citrus trees in Morocco in 2019, repackaged as anti-Israel propaganda.

Another member of the Dail, Reada Cronin, tweeted about the rejection of Labour’s hard-left leader Jeremy Corbyn:

Mossad. Interference. In. The. British. Election. Brits.Being. Led. By. The. Nose. 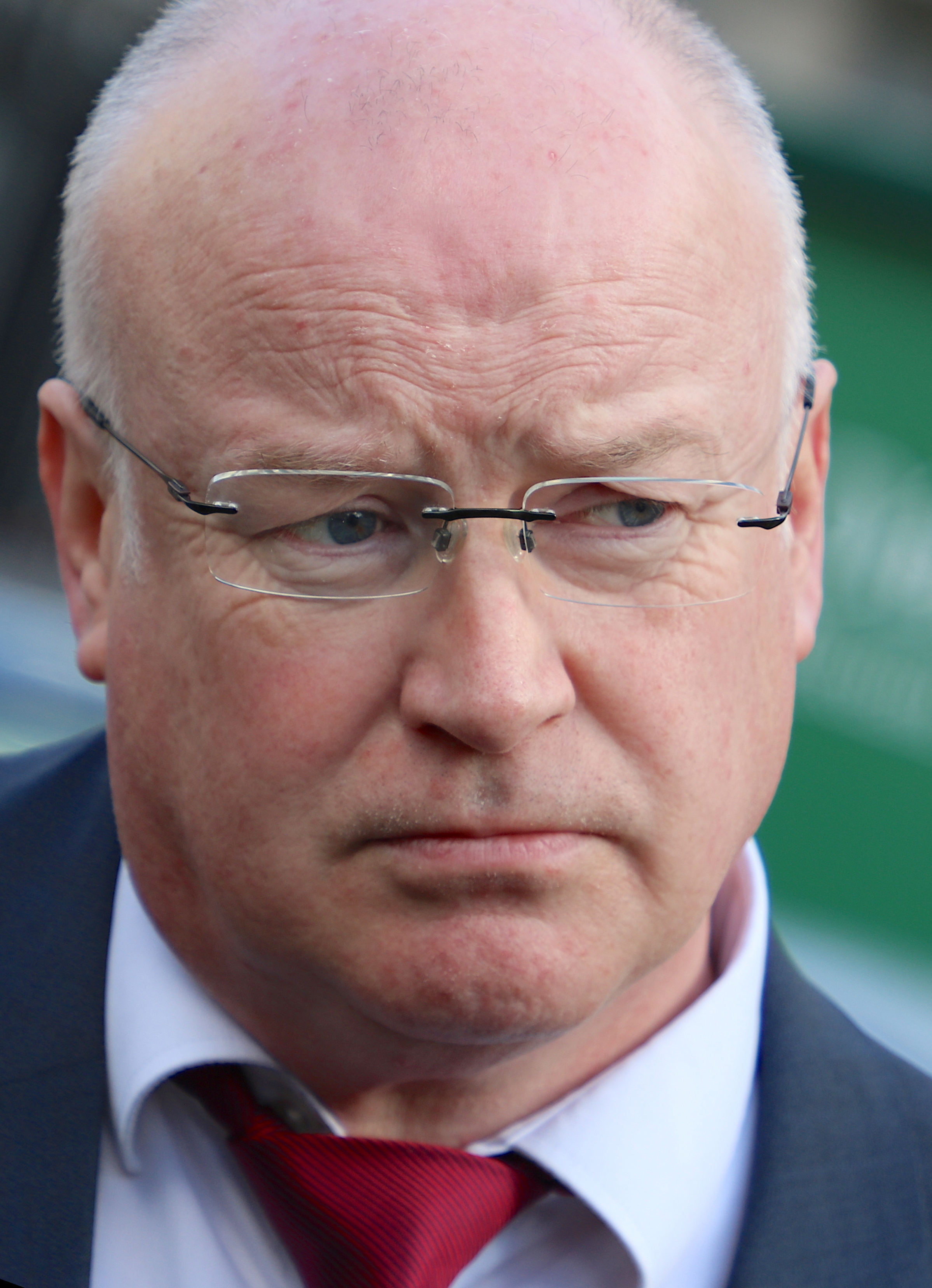 In 2018 Senator Paul Gavan shared a conspiracy meme which implied that the civil war in Syria was in part driven by American / Jewish financiers who wanted to drill for oil on the Golan Heights.

Pasted on the walls of Dublin Trinity campus during its campaign to adopt a boycott against Israel was the message “there were no gas chambers”. Collier adds:

Pro-Israel students have even been assaulted whilst putting on a ‘kosher bake sale’!

A pro-Palestinian activist in Kildare, Elizabeth Coleman, tweeted about the notorious antisemitic Czarist forgery, The Protocols of the Elders of Zion:

No way is the protocols a hoax, sure all ya have too do is look at who supposedly “debunked” them…The jewish-owned London Times… [sic]

Another pro-Palestinian activist, Tom Coughlan, tweeted a message that he said was dedicated to Alan Shatter, a former Irish government minister who was at the time the only Jewish member of the Dail. Channelling Sacha Baron-Cohen’s satirical character, Coughlan posted a slogan from youTube:

Borat — Throw the Jew down the Well!

Supporters of pro-Israel advocacy groups, such as the Ireland-Israel Alliance, become key targets for abuse. One tweet read:

stop calling yourself (((irish))) you subversive piece of shit. you’re a jew and everyone sees what you’re doing. [sic]

There’s much more such sickening stuff in this report. But as Collier observes:

The key problem in Ireland is that there is no real fight-back. Many politicians, journalists and celebrities have completely lost their moral compass. You have to be blind not to see the antisemitism that lurks in almost every room.

Such attitudes have a long history in Ireland. As Aidan Beatty and Dan O’Brien wrote in 2018:

Some of the most central figures of 20th-century Irish life have been overt antisemites; DP Moran, John Charles McQuaid, Arthur Griffith, Oliver St John Gogarty, Oliver Flanagan, the prominent Jesuit priest Richard Devane, his clerical colleague Denis Fahey of the Holy Ghost Fathers. Antisemitic rhetoric and imagery regularly surfaced in the nationalist press before and after 1922. 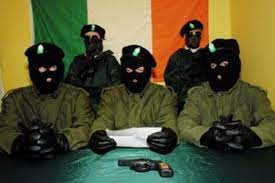 The IRA-backed campaign against usury in the late 1920s targeted Jewish moneylenders far more than their gentile counterparts. Jewish industrialists who fled the Nazis and established factories in the west of Ireland in the 1930s and ’40s often had to negotiate a matrix of stereotypes and negative perceptions. The sizeable numbers of Irish men who served in the Palestine Police in the same period regularly interpreted what they saw in Jaffa, Jerusalem or Bethlehem in terms of the anti-Jewish animosities traditional to Catholicism.

Irish antisemitism has been generally linked to Irish nationalists and their Sinn Féin party (although there have also been some antisemitic statements elsewhere, as in 2020 when an Irish right-wing group began distributing stickers that included an antisemitic caricature). In April, Brian Hanley noted in an article in the Irish Times about the relationship between Jews and Irish nationalists:

During July 1921 Count George Noble Plunkett, Dáil minister for foreign affairs, wrote a long letter to Éamon de Valera. In it Plunkett warned the Sinn Féin leader that republicans should be wary of too close a relationship with “the Jews”.

Across Europe, Plunkett asserted, Jews had been a negative influence, because (1) they are, and will remain, aliens, in most countries; (2) their codes of honour and morals are not Christian; (3) that in business and otherwise, they act together, throughout a country (and even from one nation to another, at times) like Freemasons; (4) that a benefactor to their poor can influence their votes, through their Rabbi; (5) that, as an Orangeman’s religion is commonly hatred of the Pope, so the Debased Jews, when they lose their faith, retain a racial antagonism to Christians.

He went on to claim that Jews and Freemasons together were responsible for the Great War, that both now dominated France and were seeking to destroy the papacy. In Britain, Plunkett claimed, the press was “largely owned and controlled by Jews” hence its “dealing with Irish affairs is abominable. It is corrupt through want of principle, no less than from an anxiety for profit”.

So why does Ireland have such a problem with Israel and the Jews? As already noted, its historic Catholicism may furnish part of the explanation. Today, however, it’s likely to be mostly the same reason why nationalist politicians in Scotland and Wales tend to be more virulently anti-Israel than the English.

That’s because, like the Palestinian Arabs whose cause they champion, they all fundamentally define themselves by whom they hate. The Irish, like the Scottish and Welsh nationalists, think of themselves as victims of English colonialism. They therefore identify with the Palestinian Arabs who not only claim, falsely and absurdly, to be victims of Israeli colonialism but surely hold the all-time record as world leaders in weaponising group resentment.

Beautiful world, where are you? wrote Sally Rooney. Nowhere near Ireland , that’s for sure.

isranet org
Previous articleHarsh Reality Of Being Jewish In Ireland When Israel Is In the News
Next articleReport Exposes Pervasive ‘Top-Down’ Anti-Semitism Among Irish Politicians, Activists