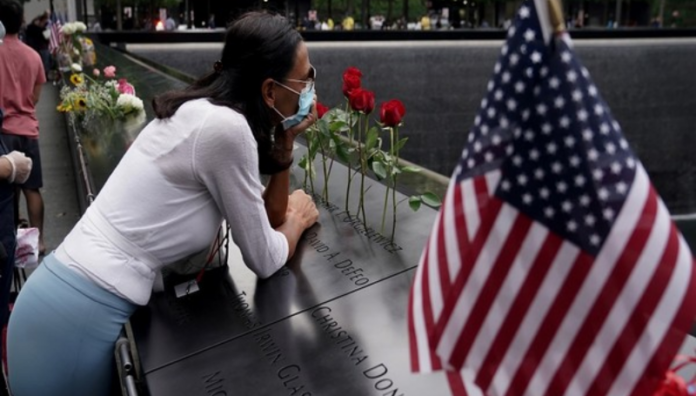 “Over 20 years, 2,461 U.S. troops died serving in Afghanistan, while Brown University researchers estimate the Afghan death toll at up to 69,000 troops and police and some 47,000 civilians.”

Along the main Pentagon corridors struck on Sept. 11, 2001, hang commemorative quilts, some made by children shortly after the terrorist attacks, their squares depicting fear, flames and confusion.

The attacks led to two decades of conflicts and commemorations that have defined several military generations. This year, for the first time, the anniversary of 9/11 will be marked without troops in Afghanistan, where the attacks were planned. And it is colored, for many, by still-fresh reactions to the U.S. exit from the country in late August, which saw 13 troops killed and 20 injured along with hundreds of Afghan casualties from an Islamic State attack in the war’s final days.

“I would very much like for us as a nation to have a healthy, if emotional, conversation about how to fight such conflicts in the future; to redefine what victory looks like; to refine what we are willing to sacrifice,” said Robert D. Hogue, acting assistant secretary of the Navy for manpower and reserve affairs, one of the few Sept. 11 attack survivors who still works in the Pentagon.

A quilt commemorating victims of the terrorist attack on the Pentagon on Sept. 11, 2001, hangs inside the complex, which houses the U.S. Defense Department.

“Everyone who risks their life for a national purpose should have an understanding of why it is important, and some metric they can use to understand that their service made a worthwhile difference,” he said.

Mr. Hogue was the general counsel for the Marine Corps when American Airlines Flight 77 struck directly below his office, knocking him off his feet. He was among the closest to the crash site to survive. While he supported the U.S. withdrawal from Afghanistan, the way it occurred “hurt in unexpected ways,” he said.

Of the nearly 3,000 people killed on Sept. 11, 125 were at the Pentagon, which houses the Defense Department. U.S. and allied officials determined the Taliban, which ruled Afghanistan then, had harbored al Qaeda, the group that planned and executed the attacks. Over 20 years, 2,461 U.S. troops died serving in Afghanistan, while Brown University researchers estimate the Afghan death toll at up to 69,000 troops and police and some 47,000 civilians. 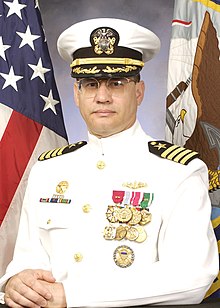 Bill Toti, 65 years old, was a Navy captain working for the vice chief of naval operations on Sept. 11, when a colleague in the Navy command center called and said a plane had been hijacked from Virginia’s Dulles International Airport and was headed toward Washington.

Then-Capt. Toti began heading toward the command center to help, but his boss told him to stop. “They will be busy,” he was told.

“Then the question became: What’s the target? And I said out loud, stupidly, ‘A building that is easy to see from the air. It’s the Pentagon,’” he recalled.

Seconds later, he heard the roaring engines of the plane. Then he heard a tremendous boom. He made his way outside the building and saw that the command center that had warned him minutes earlier had been destroyed.

Capt. Toti ran to the rubble. Among those he helped pull out was a woman he knew only as Antoinette. Defense Secretary Donald Rumsfeld was photographed carrying her gurney away from the site. Capt. Toti thought he had helped save her, but Antoinette Sherman died days later.

Retired Rear Adm. Steve Pietropaoli, who was a top spokesman for the Navy in 2001, remembers seeing a fireball and flying debris. He knew by then of the attacks on the World Trade Center but couldn’t imagine terrorists had successfully hijacked another plane. “I thought it was a truck bomb,” he said.

Once away from the building, he spent the day trying to determine who among the sailors working at the Pentagon was safe.

“On a ship, you have an ‘abandon ship’ drill. You know how to account for everyone. In this case, we didn’t know,” Adm. Pietropaoli said. “The principal communication was to ask those who were safe to contact us and tell us they were safe so we could get an assessment of casualties.”

Capt. Toti was later asked to coordinate the handling of remains of the 33 sailors, six Navy employees and three Navy contractors who died that day, including friends at the command center. He went to a funeral a week for two months.

He had interviewed enough World War II veterans during his career, he said, to conclude that Sept. 11 was the Pearl Harbor of his generation, and he wanted the military to respond.

In revisiting those conversations, Capt. Toti said some of the veterans saw Sept. 11 as representing not a new war on terror but as a modernization of tactics they, too, had confronted: Terrorists in 2001 had used airplanes in ways similar to the kamikaze attacks of the earlier war, he said, and a surprise attack that spurred the U.S. to military action wasn’t unfamiliar to the Pearl Harbor veterans.

“We had our guard down before 9/11, and we suffered from a failure of imagination. We believed we had a handle on any future threats,” he said.

While the attacks led to one of the largest military spending sprees in federal government history, transforming U.S. surveillance and intelligence-gathering capabilities over the past two decades, Capt. Toti said the nation likely remains unprepared.

“It feels like in 2021, we are walking away under the supposition that we similarly have a handle on future threats,” he said, “and my strong suspicion is that we don’t.”