“A political split within Fatah weakens the organization and could give the Hamas Islamist movement – the bitter rival of Fatah – an edge in the elections. Abbas is therefore taking a considerable risk in calling for elections.”

In January, Palestinian Authority President Mahmoud Abbas signed a presidential decree announcing elections for the Palestinian Parliament and the presidency. The elections are to take place in late May and July, respectively. Abbas also called to reconstitute the Palestinian National Council – a body representing the world’s Palestinians – by late August.

In 2009, Abbas’s term as president was extended with no end date. He is now 85 years old, and his health has been deteriorating. It is the twilight of his rule, and this fact is creating a leadership power struggle in the ranks of Fatah. The elections are intensifying this inner-power struggle and creating a rift within the party. A political split within Fatah weakens the organization and could give the Hamas Islamist movement – the bitter rival of Fatah – an edge in the elections. Abbas is therefore taking a considerable risk in calling for elections.

The inevitable question is: What motivated Mahmoud Abbas to take such a risk? 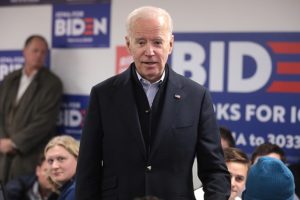 Some EU members have been pressuring Abbas to hold elections. However, at the same time, the Biden administration has indicated they do not believe this is the right time for elections. In my estimation, it is unlikely Abbas’s move stemmed from international pressure.

It is more likely Abbas is concerned about his legacy. The Palestinian cause – or as it is known in Arabic, Al Qadiyah al-Filastiniyah – has plummeted in the Arab political agenda.

That is a result of a process that has unfolded over the past few decades. It emanates from the mounting challenges in the Arab world; the Palestinians inability to define a common path; the split between Fatah and Hamas; the destruction Hamas’s governance has brought to the Gaza Strip; and Hamas’s alliance with Iran and Turkey, which presents a threat to the Arab world. All these factors combined have alienated Arab leaders, caused resentment throughout the Arab world, and eroded Arab support for the Palestinian cause.

That process validates one of my core arguments. Events in the Middle East are what determine the trajectory of the Israeli-Palestinian conflict. Most Western leaders fail to understand that. They failed to recognize the shift in the Arab world toward the Palestinians – and its ramifications.

However, the Trump administration accurately identified the devaluation of the Palestinian cause in the Arab world. That understanding had a tremendous bearing on the current geopolitical construct of the Middle East. Here are some examples: In 2018, Arab diplomats and officials, as well as the Arab street were virtually silent when the Trump administration moved the US Embassy to Jerusalem. In 2020, the Arab world tacitly accepted Trump’s “Peace To Prosperity” plan as a basis for negotiations. In late 2020, the Abraham Accords and the normalization agreements were signed between Arab countries and Israel.

Abbas wants to stop the erosion. He wants the Palestinians to regain their centrality on the political agenda of Arab states and strengthen the status of the PA in the regional and international arena. Abbas apparently thought calling for elections was his opportunity to decisively prove that Fatah’s path – which includes negotiations and public diplomacy as opposed to Hamas’s path of violence -– is the right way for Palestinians.

I argue that his assessment was based on three elements:

• First, Hamas is at a crossroads. Hamas is broadly criticized both by Palestinians and the Arab world for the disaster its rule has brought to the Gaza Strip, and for its alliance with Iran. In the international arena, the United States and the European Union define Hamas as a terrorist organization. Hamas’s growing challenges are increasing the divide within Hamas regarding its path ahead.

• Third, Hamas reportedly announced it will not present a candidate for the presidential election. Therefore, the next president will continue to be a member of Fatah.

Given all of this, Abbas can theoretically secure Fatah’s hold in the main power centers: the parliament and the presidency. However, Abbas’s move is a calculated risk. Therefore, he has an exit strategy if he sees that the odds risk of weakening Fatah become too great, and that is to cancel the elections.

But how could Abbas cancel the elections without losing credibility? The card he will use will be the Arabs of Jerusalem, also known as Jerusalemite Palestinians. Most of the Jerusalemite Palestinians are permanent residents of the State of Israel. As permanent residents, they hold Israeli identity cards, they can live and work anywhere in Israel, and they are entitled to receive all the benefits and social services an Israeli citizen receives: medical services, social security, pension, etc. They have the right to obtain an Israeli citizen’s status, and indeed many of them have chosen to exercise this right.

The clock is ticking. As the date for elections approaches, Abbas needs to decide whether he wants to move ahead with the elections or cancel. Though Abbas declares the elections will take place as planned, he may have second thoughts given the current trajectory of events.

The elections are deepening the split within Fatah and increasing unrest in the Palestinian street. Disturbed with the possibility that Hamas will gain power and become stronger, regional key players like Egypt, Israel, Jordan, Saudi Arabia and the UAE are pressuring Abbas to call off the elections. The Biden administration continues to send signals to Abbas that this is not a good time to have elections. Therefore, Abbas may blame Israel for refusing to allow Jerusalemite Palestinians to run for political office in the Palestinian territories and use that as an excuse to “postpone” the elections.

Whether a calculated risk or a gamble, Abbas’s next move will define his legacy. The impact of his final decision either way on the Palestinian path ahead is obscure.

Avi Melamed is an intelligence analyst and author. His next book, Inside the Middle East: Entering a New Era, is scheduled to be published in the fall.