At COP26, the UN Climate Summit in Glasgow, most leaders of rich nations are eagerly promising to decarbonize their economies by mid-century or even sooner. But it is highly questionable if they and their successors will want or be able to keep their promises, as escalating costs in the trillions of dollars become ever more burdensome for voters. Even worse, growth-reducing climate policies won’t convince developing countries, who need to lift their populations out of poverty and whose emissions matter most this century.

Historically, most climate promises have fared badly. Since climate negotiations started almost three decades ago, grand promises have been followed by spectacular letdowns and large emission increases. In a startlingly honest review of the climate policies of the last decade, the UN Environment Program found that global emissions since 2005 were indistinguishable from a world in which we had done nothing to tackle climate change. For all the last decade’s many lofty climate promises, including the Paris agreement, emissions have increased as if there were no climate policy whatsoever.

It is easy and popular for politicians to talk up the dangers of climate change and promise safety with grandiose policies for 2030 or 2050. It is much less popular when it is time to ask voters to pay for these draconian climate policies. When French president Macron enacted a tiny gasoline tax, he was met with years of yellow-vest protests. In June, Swiss voters said no to a new carbon tax, and the U.K. government backed off on even introducing a new, costly mandate to replace gas-fired home heating. 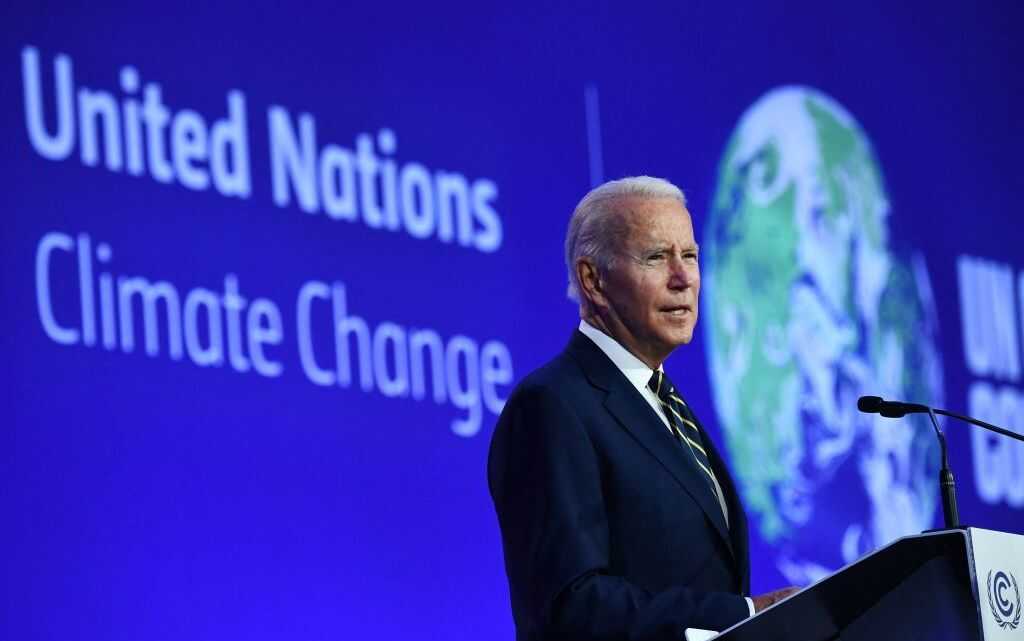 In Glasgow, U.S. President Biden restated his goal to have the U.S. go net-zero by 2050, but this will have a surprisingly small impact. Even if he managed to get to zero today and keep it there for the rest of the century, the standard UN climate model shows this would only reduce the temperature rise by the end of the century by 0.16°C .

Yet this climate policy would be spectacularly costly. A new study in the renowned journal Nature shows that reducing emissions 95 per cent by 2050 — almost Biden’s promise of net-zero — would cost 11.9 per cent of GDP or more than US$11,000 present-day dollars for each American citizen, every year.

These costs are far higher than what most people are willing to spend. In one survey , a majority was unwilling to spend even $24 per year. Proposing costs that are hundreds of times higher than voters will accept simply can’t be sustained for decades.

In any case, cutting emissions is not mostly about what the rich world does, because most emissions in the 21st century will come from China and India, along with the rest of poorer Asia, Africa and Latin America. For these countries, the current climate approach of paying huge amounts for achieving negligible temperature reductions in a hundred years is spectacularly unattractive. With their citizens living off as little as a few hundred dollars annually, they understandably care more about their kids surviving malaria and malnutrition. They want to escape misery, poor education and low job prospects. They care about lifting themselves and their children out of poverty with strong economic growth.

Just days before the Glasgow summit, 24 emerging economies, including China and India, said that the demand for them to achieve net zero by 2050 was unjust because it stopped poor countries from developing their economies. The president of Uganda put it even more bluntly: “Africans have a right to use reliable, cheap energy.”

If the rich world wants people in the developing world to cut their emissions, it will have to pay. As India’s Environment Secretary Rameshwar Prasad Gupta said in a stunningly honest interview this summer : “If you want that I don’t emit carbon, then provide finance. It will be much more than $100 billion per year for developing nations.” In Glasgow, there is talk of the rich world paying $750 billion each year or even $1.3 trillion. But most rich-world voters simply won’t pay that kind of bill.

Instead, we need a smarter way forward. We should innovate to make green energy cheaper. While politicians often claim green is already cheaper, they are belied by the evidence — if it was cheaper, we wouldn’t need years of haggling to get hundreds of nations to grudgingly promise to go greener.

In this smarter approach, we would dramatically ramp up investment into research and development of cheaper, low-CO2 energy, from fusion and fission, solar, wind and batteries to second generation biofuels and many other brilliant ideas. Not only would this approach be much cheaper than current climate policies, it would also drive major breakthroughs for new, better and greener energy.

As COP26 comes to an end, leaders would be well-advised not to follow the decades-long tradition of empty promises with eye-watering costs and few climate benefits. Instead, they should drastically ramp up funding for green innovation. If we can innovate so that green energy costs less than fossil fuels, everyone will switch.

Bjorn Lomborg is president of the Copenhagen Consensus and visiting fellow at Stanford University’s Hoover Institution. His latest book is “False Alarm: How Climate Change Panic Costs Us Trillions, Hurts the Poor, and Fails to Fix the Planet.”