OPINION: There Is No Quick Fix For Europe’s Self-Manufactured Energy Crisis 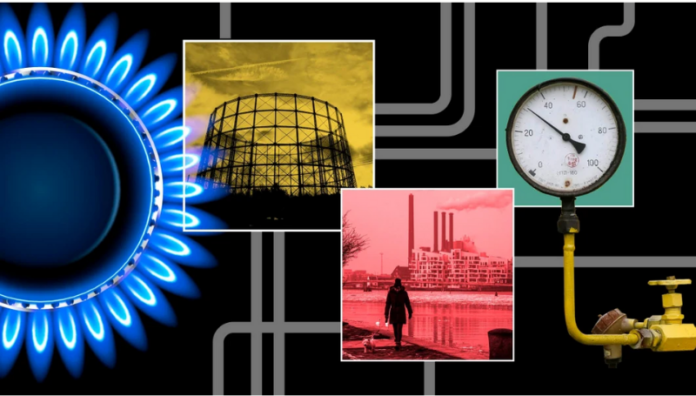 “Europeans are guilty of spectacularly bad planning. What was lost – coal-fired plants and their ability to meet peak demand fairly quickly – was never adequately replaced.”

Suppose you were told 10 years ago that you had 10 years to replace your soot-spewing diesel car. You did not. Now, you’ve missed the deadline and have no right to be surprised by your sudden lack of four-wheeled transportation – you had ample time to buy a hybrid or electric car.

So it is with Europe. A bit more than a decade ago, a concerted effort was launched within the European Union countries and a few others on the continent to phase out their coal-fired generating plants to clean the skies and slow the pace of global warming.

For the most part, the effort worked and governments congratulated themselves for a green job well done. Coal plants everywhere died an undignified death. Across Europe, about half are gone or slated to close soon. In the mid-naughts, a third to a half of the U.K.’s electricity came from coal; today, practically none does. Ditto with Denmark.

That’s the good news. The bad is that the Europeans are guilty of spectacularly bad planning. What was lost – coal-fired plants and their ability to meet peak demand fairly quickly – was never adequately replaced. Yes, loads of solar and wind power came on stream, but not enough. And – surprise! – solar and wind power became utterly useless when the sun did not shine and the wind did not blow.

At the same time, Germany made the ill-fated decision to close its nuclear plants and failed to store enough natural gas to keep the gas plants amply fed.

The result is a genuine energy crisis, sending electricity bills soaring, eating into disposable income, shuttering some factories and energy wholesalers (mostly in the U.K.), triggering inflation and threatening the post-lockdown economic recovery. Blackouts are not out of the question as winter approaches and the demand for gas to heat homes and keep the lights on climbs.

In effect, the Europeans manufactured their own energy crisis. An energy system that was greener but less resistant to supply and price shocks was bound to trigger a crisis at some point.

The price increases are truly astounding. According to Bloomberg, electricity prices across Europe were still setting record highs until earlier this week – they have levelled off in the past few days as Russia, which supplies 40 per cent of Western Europe’s gas, and Qatar tried to talk down the gas market. In Germany, day-ahead electricity prices reached €300 per megawatt hour. In Spain, they hit €288; in Italy, €308. Those prices are more than 500 per cent above their 2010-2020 average.

The really bad news is that there is no quick fix for this mess.

Only the gods can make the wind blow hard to spin the wind turbines in the North Sea, where the winds have been weak for months. Coal is back in demand – big time – for Europe’s remaining coal burners. Prices for Newcastle coal have reached US$280 a tonne; only half a year ago, the price was US$70 to US$80. (Newcastle is the benchmark price for thermal coal exported from Newcastle, Australia, one of the world’s biggest coal export terminals.) But astronomical coal prices will not magically increase supply, because Big Mining is getting out of the coal game to meet its net-zero emissions commitments.

Prices should remain much higher than normal because the Chinese and Indian governments have told their energy companies to secure coal and gas supplies at any cost before the winter sets in. This week, Beijing ordered coal mining companies in Inner Mongolia to ramp up production – and damn the emissions consequences.

Energy prices are rising in North America, too, but not nearly to the same extent, because the United States has ample supplies of shale gas – the country can see a coal-free future. Twenty years ago it could not, which is partly why, in 2001, the U.S. dropped out of the Kyoto Protocol on climate change.

Ten or 15 years ago, when greening the European energy system was getting under way, the shortcomings of wind and solar power were hardly a secret. Government energy planners must have known they were taking an enormous risk by phasing out the coal burners and gambling that renewables, as well as virtually unlimited supplies of gas from Russia, would fill the gap.

The gamble went against them. While Russia does have plenty of gas, it has been accused of withholding new supplies. The Great Energy Reset was entirely flawed.

Making a plan for a new fleet of nuclear reactors to underpin the transition to clean and renewable energy would have been a smart idea. But more are being taken offline than are coming into service (some U.S. states, New York and California among them, are also ditching their nukes). The new generation of small – and cheaper – modular nuclear reactors might have been the way to go.

Nuclear energy will see a revival in Europe – because it has to, barring a miraculous breakthrough in electricity storage technology. But new nukes are many years away. In the meantime, Europe is scrambling to buy scads of fossil fuels to keep the lights on. On the eve of the COP26 climate summit in Glasgow, it was supposed to be doing the opposite.