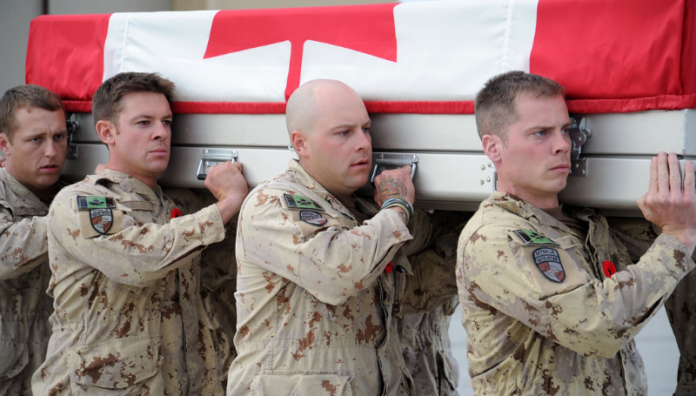 “Did he [PM Trudeau] feel he could give the crisis the attention it demanded while making housing announcements in Hamilton and launching verbal attacks on opponents?”

The collapse of Canada’s mission in Afghanistan has been a tragedy, the departure a shambles. Thursday’s abrupt abandonment of thousands of desperate Afghans is a national humiliation.

Justin Trudeau appears oblivious to the extent of the disaster his government has wrought. While chaos reigned outside Kabul’s besieged airport, the prime minister was asked this week whether he regrets calling an election on the very day Canada’s Afghan mission was collapsing into rubble. No, he replied, of course not. “Canadians across the country, yes, are thinking about Afghanistan but they are also thinking about how they are going to get through this pandemic,” he said.

Did he feel he could give the crisis the attention it demanded while making housing announcements in Hamilton and launching verbal attacks on opponents? Why, sure. “The business of government continues. I get updates every single day on the situation in Afghanistan.”

Maybe he believes that, though he’d have to be delusional to do so. All the evidence says otherwise. On Thursday the disgrace reached a climax, as the final rescue flights left Kabul with terrified Afghans — women, children, grandparents, entire families — pressed against barbed wire still pleading for help from a country that had repeatedly promised it. 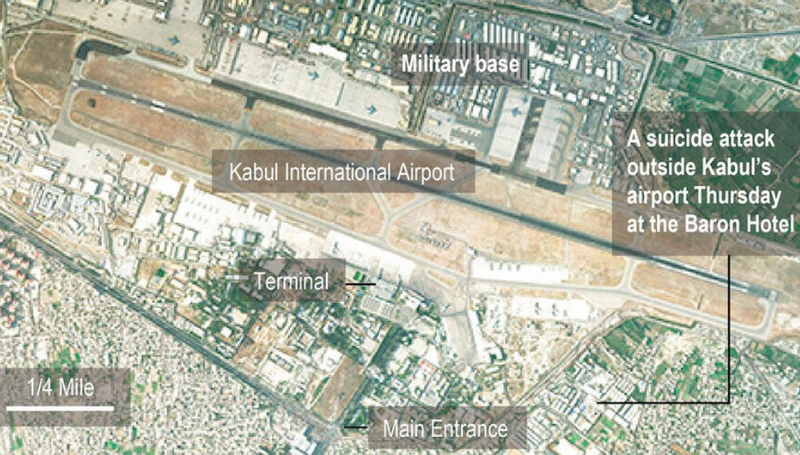 Only more horror would follow as a suicide bomber-attack near the airport killed 79 Afghans and 13 U.S. service members. Some media have reported the death toll is as high as 170 or more. Taliban rival the Islamic State claimed responsibility for the carnage.

Canada had no choice but to stop airlifts days ahead of the deadline, claimed Defence Minister Harjit Sajjan. The U.S. needs the air space to complete its own withdrawal, and we had to make room. It was yet another example of Canada meekly accepting its status as a minor power with little ability even to control its own actions.

Everything we know about what’s happening on the ground in Kabul testifies that the Trudeau government was caught off guard by the speed of events. It was slow in responding to the Taliban upsurge, overwhelmed by the challenges, and inadequate at ensuring the safety of people who had risked their lives over many years to aid Canadian efforts, and had a legitimate claim for help.

While Trudeau blithely carried on campaigning,  a human tragedy unfolded on the ground. Dave Fraser, who once commanded troops in Afghanistan, described the situation in Kabul as “absolutely chaotic.” The majority of people gaining space on departing flights were either citizens or permanent residents, while interpreters and other former contract staff were left behind. Chris Ecklund, founder of the Canadian Heroes Foundation, tried to help 1,500 former support staff escape to Canada, but only about 100 managed to make it. “The government is simply not interested in this, they never have been,” he said.

Outside the Liberal campaign bubble, criticism of the mess in Afghanistan was everywhere. “We have a couple of people who are trying to process thousands and thousands of applications, and it’s just not working,”

Kevin Newman, a former journalist and volunteer with Veterans Transition Network told the CBC. Andrew Rusk, co-founder of a group called Not Left Behind, suggested Canada’s few remaining officials were doing their best, but  “because of our delays, because of the paperwork, because of the bureaucracy, instead of getting people on planes, we’ve had Afghans that supported us hiding for their lives as they’ve been hunted by the Taliban.”

Reports from Kabul attested to families being told that if they could fight their way to the airport, get past armed and hostile Taliban checkpoints, evade a roadblock, bypass the barbed wire, trudge through a lengthy open sewer and talk their way past U.S. forces controlling the entrances, Canadian officials safely inside might offer some help. Otherwise they were on their own. Having pulled out much of its embassy and military staff, Ottawa’s remaining resources were limited, reduced to begging help from allies. One giant C-17 Globemaster transport plane left with 106 passengers; another held 175 while Canadian officials reportedly fussed about the number of safety belts. Meanwhile a U.S. flight less obsessed with formalities departed with 640 grateful people stuffed into its hold.

Having done too little to prepare, despite  several months’ advance notice of U.S. plans to depart and plenty of warnings of the situation that would ensue, Ottawa’s predicament once again highlights how little clout Canada wields at international tables after six years of Liberal rule. The Liberal timetable was dictated by Washington, and while President Joe Biden spoke personally to leaders from Britain, Germany, France and Italy before a virtual meeting of G7 leaders this week, Trudeau was not consulted. The prime minister hasn’t spoken to the president in three weeks and Canadian pleas to extend the Aug. 31 U.S. departure deadline were rejected.

Foreign Affairs Minister Marc Garneau, once a proud member of the military, conceded Canada’s departure will leave thousands of people to fend for themselves. It’s beyond question that many will suffer at the hands of their country’s harsh new masters. Justin Trudeau offers evasion and excuses in response, while he gets on with seeking a majority in an election called largely for personal vanity. He has brought shame on Canada, and a stain that may never be erased.

isranet org
Previous articleRex Murphy: Trudeau’s Handling Of Afghanistan Is Our Great National Shame
Next articleOpinion: We Said We Would Help Them. Now, Canada Has Abandoned The Afghans Who Helped Us