No Apologies for Being Jewish 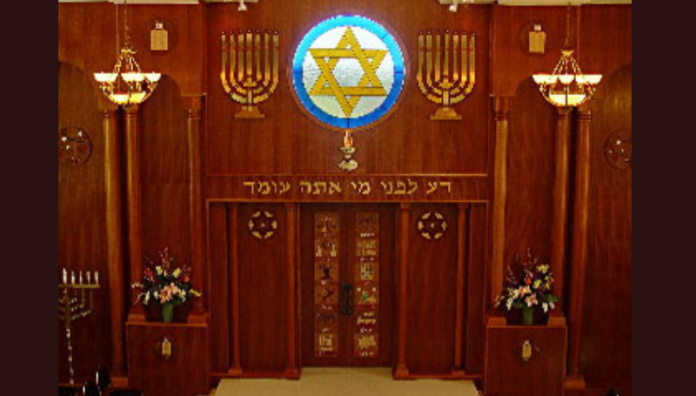 Know Before Whom You Stand. These words, inscribed above the ark holding the Torah scrolls in many synagogues, assume added significance between Rosh Hashana, the Jewish New Year, and Yom Kippur, the Day of Atonement. During these Days of Awe, Jews of faith take the measure of themselves before the Almighty. The term “penitential prayers” does not begin to convey the range and intensity of the accounting that worshippers give of themselves about every aspect of their lives.

To lay bare one’s deeds before the ultimate Seat of Judgment is very different from the practice of individual introspection or meditation. Here each person stands within the community in a public attestation to dozens of wrongdoings. In the extensive Yom Kippur confessions, worshippers recount sins committed willfully or involuntarily, “by idle talk or by lustful behavior . . . violence or by defaming Thy Name.” All the verbs for transgression are in the first-person plural, we rather than I, making the individual an organic part of the nation. I used to marvel at how young college students, hardly past adolescence, passionately assumed moral responsibility for wrongs they had never committed.

Jews rightly take pride in their culture of self-accountability—before the Ultimate Judge and justly established human authorities. This culture has created and sustained a remarkably resilient people. Lamenting the excesses of the current American electoral cycle, the columnist Ira Stoll imagines how much richer the country’s politics would be if “this spirit of self-examination were exported from the Jewish religion into the rest of American culture.” If democracy requires the patient improvement of life in a community, nothing furthers that goal better than the practice of individual and collective self-scrutiny.

But the millennial-long history of Jewish self-restraint also stands as a warning. It is all very well to focus on overcoming your failings. Yet the search for moral perfection can also render individuals, and nations, prey to those who believe in conquest rather than self-conquest and who join in holding you accountable for their misdeeds. The same confessional posture, praiseworthy when standing before the Perfect Judge, becomes blameworthy when adopted before an enemy that has you before a rigged tribunal.

In the 20th century, some modern European thinkers and political leaders began singling out the Jews for their alleged racial or religious or social culpabilities. Many Jews felt obliged to answer apologetically for these supposed failings, instead of exposing the evil ideology that had chosen them for its target. Jewish Marxists, for example, blamed Jewish capitalists and bourgeoisie, even though defamation was leveled equally at Jewish professionals, artisans, journalists and paupers.

No sooner had the politics of Jew-blame reached its genocidal apotheosis in Europe than it was taken up in the Middle East. Rather than accepting the principle of co-existence and concentrating on improving the lives of their own subjects, Arab leaders refused Jews the right to their homeland in a war that they, the Arab leaders, had initiated. Forcing almost a million Jews from their ancient communities in Arab lands, the same leaders blamed Israel for Arab refugees whom they themselves refused to resettle.

This calumny is by now the basis of political coalitions not only at the United Nations and in Europe but on campuses here in the U.S. So ingrained are the assumptions of Jew-blame that newspapers will often devote more coverage to the shooting of one Palestinian Arab by an Israeli, often unintentionally or in self-defense, than to the murders of Jewish civilians by Arab and Muslim terrorists. What such belligerents do with the aim of eliminating the Jewish state, friends sometimes do in the name of holding Jews to “a higher moral standard.” And, as previously, some Jews join the blame-shifting ranks, castigating the Jewish state for engaging in self-defense rather than apology.

For its obsession with Israel’s putative misdeeds to the neglect of the unspeakable crimes committed by so many U.N. member states, Prime Minister Benjamin Netanyahu recently declared at the General Assembly that “the U.N., begun as a moral force, has become a moral farce.”

He is surely right that ending the obsession with Israel would benefit not only the enemies of the Jewish state but the entire world. The Jewish nation is owed the unconditional respect of its fellow nations and must demand of others what it expects others to demand of themselves.

Jews and Americans share the belief that a culture of self-accountability creates a wholesome society and a more responsible polity. But self-accountable societies can fatally internalize the resentment and violent opposition of others. For the sake of their own survival, they must always be aware of before whom—as well as before Whom—they stand.

Ms. Wisse, a former professor of Yiddish and comparative literature at Harvard, is the author of “Jews and Power” (Shocken, 2007).

isranet org
Previous articleA Prayer for the Days of Awe
Next articleJudaism Is Mainly Text-Centered. Why Mark Its New Year with the Blunt, Inarticulate Noise of the Shofar?