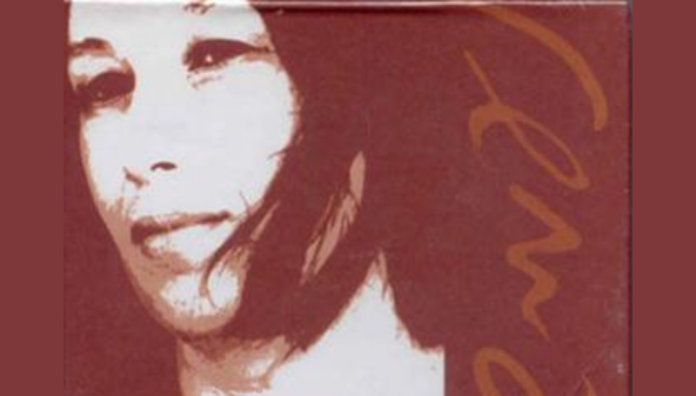 Trimming the (Israeli) soundtrack of my life down to 10 tracks is hard. Very hard. I mean, my diverse and dust-collecting CD collection has dozens of Israeli disks, gathered, heard and forgotten throughout various stages along my life. But, after adding, removing, regretting, questioning, reinstating, and eventually pulling some notes out of a hat, here are my top-10 Israeli songs.

One of the most famous bands to emerge from Jerusalem, HaDag Nachash’s music is an amazing blend that could only come from this incredible city. From the band’s name (an anagram of Nahag Chadash – a new driver), to its ability to combine meaningful lyrics with social message into original music, to its members’ openness about Jerusalem in all its glory and challenges – they created the tunes and memories of my youth. Released in 2013, the song describes the pre-Shabbat feeling around the city, as the market vendors sell discounted goods, children gather round their parents’ tables and the busy week transitions into that well-known, unique Jerusalem Shabbat vibe. And it does so extremely well.

Who doesn’t know Shlomo Artzi? An Israeli icon for decades, this song isn’t only my way of having him on the list – it’s a way for me to remember the joy of getting married. After our Chupa, in the hills around Jerusalem and with the entire coastal plain below us, this was the song we chose for the end of the ceremony. Fun, upbeat, and optimistic, every time I hear the opening music I want to get up and dance. That is probably the reason the song was chosen in 1975 to represent Israel at the Eurovision song contest. Unlike other Israeli entries, it didn’t win – in fact, it finished in 11th place – but that didn’t hurt its standing in the music world. Few Israeli bands had as large an impact as Kaveret did – not only in their own songs, but on generations of musicians, singers and performers. The song Goliat – Goliath – is a work of art weaving together the biblical story of David’s battle with the Philistine giant and a thin layer of healthy cynicism. To me this song is not only a masterpiece, but also a prime example of Kaveret’s work over the years: songs and albums produced by a group who were extremely talented musicians, storytellers and standup comedians, all in one. The song, from 1975, was written by Danny Sanderson and Alon Olearchik, and its magic lies in what appears to be an intended deviation from the biblical narrative of David overcoming Goliath: rather than celebrate the incident, which has near-mythic standing, the song describes it as ‘a sad song about a painful incident’, going on to turn the fight between the two from a nation-building battle into a story of school-yard bickering. 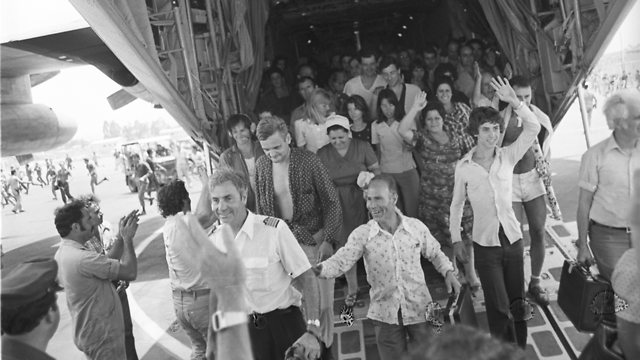 On June 27, 1976, an Air France flight en route to Israel was hijacked after a stopover in Athens, Greece. It was flown to Entebbe, where Israeli and Jewish passengers were separated from their fellow passengers. A week later, Israeli commandos flew thousands of miles across the world in what is now known as one of the most successful and known hostage rescue operations around the world. In 1979 the film was released, featuring a song by Yehoram Gaon, one of Israel’s top singers. With time, this song became an inseparable part of our People’s soundtrack. In fact, when my wife and I were living in Sydney, it was the melody of choice for the synagogue choir’s performance of the prayer for the safety of the IDF soldiers. Until now, whenever I hear it, I am reminded that music is a common language we can all speak.

First and foremost, this song is dedicated to my daughter Naomi, who came home singing one day after kindergarten and introduced it to our family. From then on, it’s been searched for so often that all our computers and mobile devices have bookmarked the online clip. However, this is not a children’s song. Yishai Ribo represents a growing generation of Israeli artists who grew up in the Orthodox worlds and incorporate traditional Jewish texts into their work – but create music for mainstream radio stations, parties and the entire public. Sibat HaSibot is a key example of this: comprising of paraphrased texts from the siddur, Maimonides’ writings and other sources with religious significance, it is filled with optimism and joy about life. Released in March 2021 after a year of COVID-19 lockdowns and struggles, the song quickly rose on the music charts and became a hit among DJs.

When the Hebrew word for pomegranate is the same as grenade, it was only a matter of time until someone wrote a song blurring the lines between a lovers’ duel and an all-out battle. Ethnix did it. With style. The band, which has been preforming since 1989 is one of the most decorated Israeli pop bands, having been named ‘band of the year’ seven times – more than any other – and had numerous singles top the charts. Tutim was recorded in 1992 as part of the group’s third album, and is one of the band’s most famous songs – sung until today by those born years after its release. Besides the play on the word Rimon (pomegranate/grenade), the song uses metaphors from the battlefield in the bedroom – giving new meaning to the old proverb, ‘All is fair in love and war.’

What is more Jewish than waiting for the Mesiah? And what is more Israeli than writing a song about a man called Mashiach, and him not coming? Written in 1985, the song appears to tell the personal story of one man. However, the characters’ names and actions tell us a different story, as the policeman informs those sitting in the office of ‘Eretz-Israeli’ that ‘the Country had an accident’ and ‘people are jumping off rooftops’ which is why Mashiach won’t return. Indeed, the song was never about an individual – it was always about all of us. And while Mashiach started as strong protest song – on the backdrop of the Lebanon War and the economic crisis of the time – nearly four decades later, it is the quintessential Israeli song. This is the song I remember most from elementary school music class: the 25 or so students, sitting in the room, Darbuka drums between our knees, and the teacher explaining the words and telling us when to bang our drums. It met me again a few years ago, at a Kululam event which brought together some 8,000 people to give a new harmony to the Israeli classic with pop-star Stephane Legar as part of an awareness campaign for the inclusion of people with disabilities into society. The words of the song speak for themselves: ‘What am I, I am only human / I live and breathe like everyone / I see the future and always think / that a purpose gives us belief.’

Written by the legendary Hava Alberstein, this song has had many versions played over the years. To me, the 1998 release by Berry Sakharof tops them all. It’s hard to put into words the feelings and emotions surging through me whenever I hear the song: the words, which combine a stability and permanent feel with the tale of an endless journey; the many meaningful stations throughout my that this song was played – at school ceremonies, youth movement evenings by the bonfire, or the national Memorial Day radio playlist; and of course, the ability of Berry Sakharof to provide a new, unique feel to such an iconic and ageless song.

How do you convey subtle descriptions of love with a powerful beat? And, how do you praise the joy, the mystory, of love – which is inherently connected to some embarrassment or awkwardness? Many musicians, in all languages, have attempted to capture these emotions, and Yehudit Ravitz’s performance of Yankale Rotblit’s words do an incredible job. ‘A hint of embarrassment / the magic of her smile / are the ones that explain, the ones that divulge her secret / she’s acting from love.’