Mansour Abbas and the Lebanonization of Israel 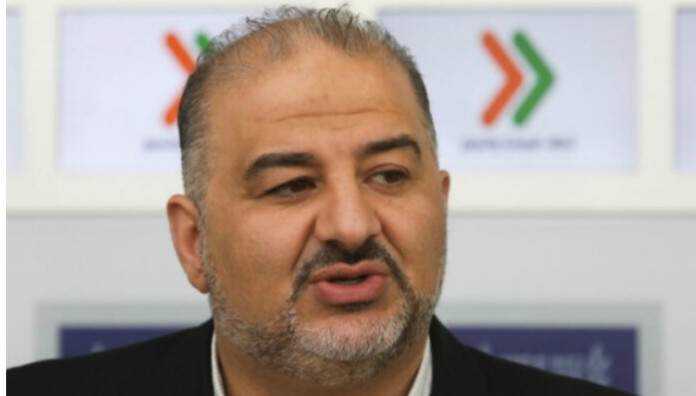 “This state of affairs is highly reminiscent of the process experienced by Lebanon from its independence in 1943 to the present. What destroyed “the Switzerland of the Middle East” and caused it to slide into the arms of Hezbollah and Iran was the choice by politicians to subordinate the national interest to personal and sectorial interests.”

The political struggle in Israel has reached a deadlock because the actors are focused not on issues and ideology but on personal, sectorial, factional, and party-based considerations. National interests have been relegated to the margins of political discourse rather than taking their proper place in parties’ concerns. One indication of this is the total absence of the Palestinian issue from the public and political discourse that accompanied the elections, as if the problem had been solved long ago.

This state of affairs is highly reminiscent of the process experienced by Lebanon from its independence in 1943 to the present. What destroyed “the Switzerland of the Middle East” and caused it to slide into the arms of Hezbollah and Iran was the choice by politicians—Christian, Druze, and Sunni Muslim—to subordinate the national interest to personal and sectorial interests. They sacrificed the country on the altar of their own careers by delegitimizing opponents and looking out for their relatives and associates. Worst of all, they spent 40 years reconciling themselves to Hezbollah’s presence as a military organization, then accepted its entry into the political arena and even formed political coalitions with the Islamist terror group. This is despite the fact that everyone knows with absolute certainty that Hezbollah’s whole purpose is to facilitate Lebanon’s takeover by Iran.

Anyone who has been following Israeli politics in recent years, and particularly over the past few months, cannot escape the dismal impression that the Lebanese experience is repeating itself in Israel. Parties are established and run on a personal basis, and politicians delegitimize each other on a personal level without even minimal concern for the country’s well-being. Worst of all, everyone—from both right and left—is eager to be aided by the Islamic Movement, the ideology of which centers on the elimination of Israel as a Jewish and democratic state. The organization does not even try to conceal this aspiration.

The Islamic Movement in Israel is an Israeli branch of the Muslim Brotherhood, the ideological hothouse that spawned Hamas, al-Qaeda, ISIS, and other Sunni jihadist groups that view Israel as a fundamentally illegitimate country that should be expunged from the map. Even the Southern Branch, which has been represented in the Knesset since 1996, became part of the Israeli legislature so it could influence Israel’s politics and population in the direction it wants. What is happening today—the turning of the Muslim Brotherhood into a legitimate party—is the fulfillment of the Islamic Movement’s dream and a victory for its strategy: to hold sway over the Israeli political system while exploiting its weaknesses, which stem from personal, sectorial, and factional conflicts among its leading actors.

The Israeli right and left are equally to blame for this process. They are taking Israel down a similar path to the one that put an end to Lebanon as a country founded as a haven for the Christian minority amid the Middle East’s Muslim majority. The need for such a haven was a conclusion reached by the Christians after the Armenian genocide during WWI.

The similarity between the Lebanese case and Israel is chilling. The State of Israel was founded to renew the sovereignty of the Jewish people in its ancestral land. Israel’s war of survival against the Islamic world is rooted in the fact that Islam does not regard it as a legitimate state. Islam views Judaism (like Christianity) as a din batal—a false religion—and the Jews as not a people but an array of religious communities belonging to the many peoples of the world among whom they have lived during their 1,900 years of exile. Islam has also viewed the Land of Israel as an integral part of the “House of Islam” since the Muslim conquest.

On the day we hear Arab MK Mansour Abbas renounce these Islamic beliefs and say before the cameras, together with all Knesset members of his party, that he believes Judaism is a din hak (a true religion); that the Jewish people exists and is entitled to a state in its ancestral homeland; and that Jerusalem is the Jewish people’s historical and eternal capital—then and only then will we be able to regard the Islamic Movement as a legitimate group with which one can form a coalition in the Jewish State. But the chances that the Islamic Movement will make such a statement, even disingenuously, are zero.

All the sugar-coated slogans that have been fed to the media over the last few months, such as “a deep internal change has occurred in the Arab sector,” “young Arabs think differently,” “they’re totally Israeli in their way of life,” “they want to integrate into the society and the state,” “they want to stop being spectators and enter the political arena”—every last one of them is meant to cover the nakedness of the politicians and their lack of interest in salvaging the political system from the crisis into which they have plunged it. If they wanted to, they could solve the problem very quickly: by renouncing the personal and sectorial considerations that guide them and acting on behalf of the national interest. But no: they prefer instead to pin their hopes on a movement whose whole aim is to eradicate Israel as a Jewish and democratic state. Hence, all of them—left, center, and right—are culpable for setting Israel on the path paved by the Lebanese, who similarly ignored the danger posed by Hezbollah and claimed (like some Israeli commentators) that it had “left the cycle of terror and assumed its place in the political arena.”

One should not be impressed by the suits and ties of the Islamic Movement’s MKs, their flawless Hebrew, their academic degrees, and the slogans they voice. The Islamic Movement in Israel has not relinquished its ultimate goal—the destruction of Israel as a Jewish state—and everything it has done since entering the Knesset has been geared toward the moment it will be rendered kosher by Zionist Jews whose personal ambitions and political disputes have paralyzed their ability to put the country first.

This is an edited version of an article that appeared in Makor Rishon on March 30, 2021.

Lt. Col. (res.) Dr. Mordechai Kedar is a senior research associate at the Begin-Sadat Center for Strategic Studies. He served for 25 years in IDF military intelligence specializing in Syria, Arab political discourse, Arab mass media, Islamic groups, and Israeli Arabs, and is an expert on the Muslim Brotherhood and other Islamist groups

Naftali Bennett, The Political Gambler About To Deal Netanyahu Out

Haviv Rettig Gur The Times of Israel, June 13, 2021 "His unlikely rise to power, too, is a tale of unexpected twists, turns and contradictions." If all...
Read more
Analysis