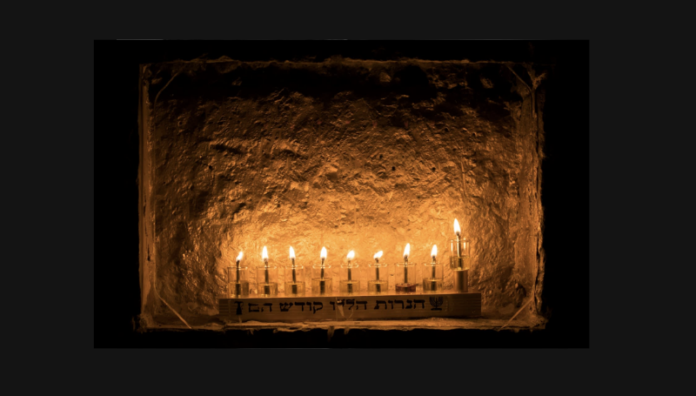 On Friday July 16, I moved across the country and into a Moishe House, one of a network of communal Jewish houses in cities including Boston, New York, Kansas City, and Pittsburgh. On Thursday, July 22, my two roommates asked me to move out. What could possibly have gone that wrong in less than a week?

Before answering that question, let me explain why I wanted to live in a Moishe House. Judaism was the foundation of my childhood. As a child, I attended Jewish day school and Jewish summer camp and regularly celebrated Shabbat and the Jewish holidays. Some of my most enduring childhood memories are at the Shabbat dinner table, where my parents and their friends would discuss world affairs and important societal issues. There were always multiple viewpoints expressed. My mother is a rabbi, and my parents always taught us that such disagreements were the essence of living Jewishly—to argue, as the rabbis taught, for the sake of heaven.

Initially, my roommates and I got along well. In just my first few days, we had brunch at a local restaurant, went out for drinks at a local club, watched NBA games and started the show “New Girl.”

On my sixth day, I attended my first Moishe House event. Toward the end of the evening, a couple of people, including my roommate Michelle (because of the unpleasant story I am about to tell, I am changing the names of all who are involved) and her boyfriend, invited me to a bar. Michelle’s boyfriend drove me to the bar, while Michelle and her friend drove separately. As we were driving, he asked what I did for work. I replied that I work in digital technology for a defense contractor.

As a Jew and a political conservative who grew in Massachusetts, I am very used to being in the minority. But my family’s Shabbat dinner table taught me the value of voicing my opinions respectfully and engaging others in good faith. No one ever made me feel that I didn’t belong because I had a different view.

What I encountered in the Moishe House was not the Jewish vibe I grew up with. At the bar that night, the group spent hours interrogating me. There was no conversation. No discussion. No back and forth. When I explained that I am politically conservative, someone responded, “On purpose?”

The next evening, my roommates sat me down in our living room and demanded that I move out. They explained that when they agreed to accept me as a roommate, they did not know I was politically conservative. Michelle said that she felt “unsafe” around me, and that she would not be able to take her birth control or bring her queer friends around me. My other roommate, Sarah, said that she did not think to ask about my political views because I was the first young conservative she had ever met. They both repeatedly said that my political views made them “uncomfortable.”

In an email later that week, Sarah wrote me: “If you cannot unequivocally say that you are anti-racist and support gay rights and women’s reproductive health and prison reform and defunding the police, among other important platforms, then we have an irreconcilable differences that would not lead to a harmonious living environment.” She continued: “I implore you to look inside yourself [and] consider why your viewpoints make us so uncomfortable.”

While I would have been happy to engage with my roommates on these important issues, I was not willing to subject myself to litmus tests and interrogations. In that spirit, I replied: “Personally, my politics begin and end with being kind to others, never being exclusionary, and welcoming all people and views.” I explained: “I just moved across the country to this house, willing to live with whomever thanks to our shared Jewish faith and the belief that disagreements can be overcome through dialogue and respect for each other.”

This is my apparently scandalous worldview: I strongly believe that free markets, limited government, a strong national defense, the rule of law, and individual freedoms are the best means to ensure that everyone in a society can thrive–including disadvantaged minorities. This is what made me “unsafe.” Throughout the entire ordeal, I dealt with both regional and national Moishe House staff. They behaved throughout as though I had done something wrong, not as if I was the one being bullied. They never acknowledged that my roommates were asking me to leave because they did not agree with my political views. Instead, they portrayed my roommates’ behavior as taking issue with the supposed animus I had towards gay people, Native Americans, and other minorities. (I have none.) This allowed them to label the whole ordeal as a “roommate dispute.” After two long weeks, I left the Moishe House on August 6 and was fully reimbursed for my moving expenses.

Moishe House’s website states, “We embrace and encourage a variety of voices, backgrounds and perspectives. We recognize that clear and open communication are key to cultivating community.” Moishe House’s Resident Handbook explicitly states that “Moishe Houses are intended to be spaces of community and comfort regardless of political affiliation” and that this is “really important to building a strong Moishe House network.”

How could any Moishe House staff read the email I received and fail to acknowledge a clear violation of Moishe House’s values? How can an organization that claims to be about welcoming the whole Jewish community consider a person with my politics to be beyond the pale?

The Jewish community is not immune from the growing censoriousness of American political culture. While Jewish tradition treasures discussion and debate, my ordeal suggests that the Moishe House does not tolerate any deviation from left-wing orthodoxy, or at the very least is not willing to support someone who does. The Jewish community these days purports to prize “inclusion” above all else. But if my experience is any indication, inclusion does not include people who are judged to have the wrong political views.

This is a tragic departure from the most powerful and enduring lessons of Jewish history. As we celebrate Hanukkah this week, I am reminded of the famous disagreement between Hillel and Shammai and their respective academies, Beit Hillel and Beit Shammai, for how to properly light the Hanukkah lights. Although the method of Beit Hillel is now the worldwide practice, we remember and honor both of their approaches 2,000 years later because both rabbis were prepared to debate and discuss with one another—and to allow their students to marry one another. In an era in which so many want to insist that politics supersedes family, relationship and community, Judaism offers another vision.