IRGC Head: Iran Must Embrace Strategy to Defeat US

“Today, a powerful Islamic Iran is a rival to the United States. This battle is going on in all fields, and the mobilization has played a fundamental and decisive role in this competition and the neutralization of Western ideas from society,”

Iran’s Islamic Revolutionary Guard Corps head Hossein Salami gave a speech recently in which he looked back 43 years over the period of Iran’s “Islamic Revolution” and asserted that Iran today has embraced a strategic outlook that is in contrast to US decline. He said that while the US had global power decades ago, it no longer has the domination and influence it once did.

“Today, a powerful Islamic Iran is a rival to the United States. This battle is going on in all fields, and the mobilization has played a fundamental and decisive role in this competition and the neutralization of Western ideas from society,” he said.

He praised the youth of Iran and the revolutionary spirit he thinks guides Iran today. He said that the “revolution,” has borne fruit and that it is growing. “We have been in all the ups and downs of these epic and eventful years, and we have become acquainted with the plans of the Basij [revolutionary guard youth paramilitaries] and we have seen it closely in the field.”

He said that many years ago Iran was in darkness, dominated by foreign colonialists. This created intellectual stagnation, “the freezing of thought in the ice of consciousness, in the darkness of ignorance.” He says that Western models of thought had harmed the country and ruined its Islamic and national identity. “Where there is strategic thinking – in today’s sense of strategic thinking – the nation rules its own destiny,” he said.

He argues that the country previously had only tactical-level thought but that it has now become a strategic player in the world.

The West had confused Iran, which was in some ways caught in the gravity of power and influence that America had in the region, he said. It was not independent but rather part of a pillar of US foreign policy. “It was Iran that, because of its geographical location, size and economic power, could act as a regional carrier to advance US policies.”

But Iran freed itself from the US and now can act strategically. He says that Islam “came to break the shackles of captivity from the hands and feet of this human being [Iran]; Islam came in the atmosphere of the Islamic Revolution.” 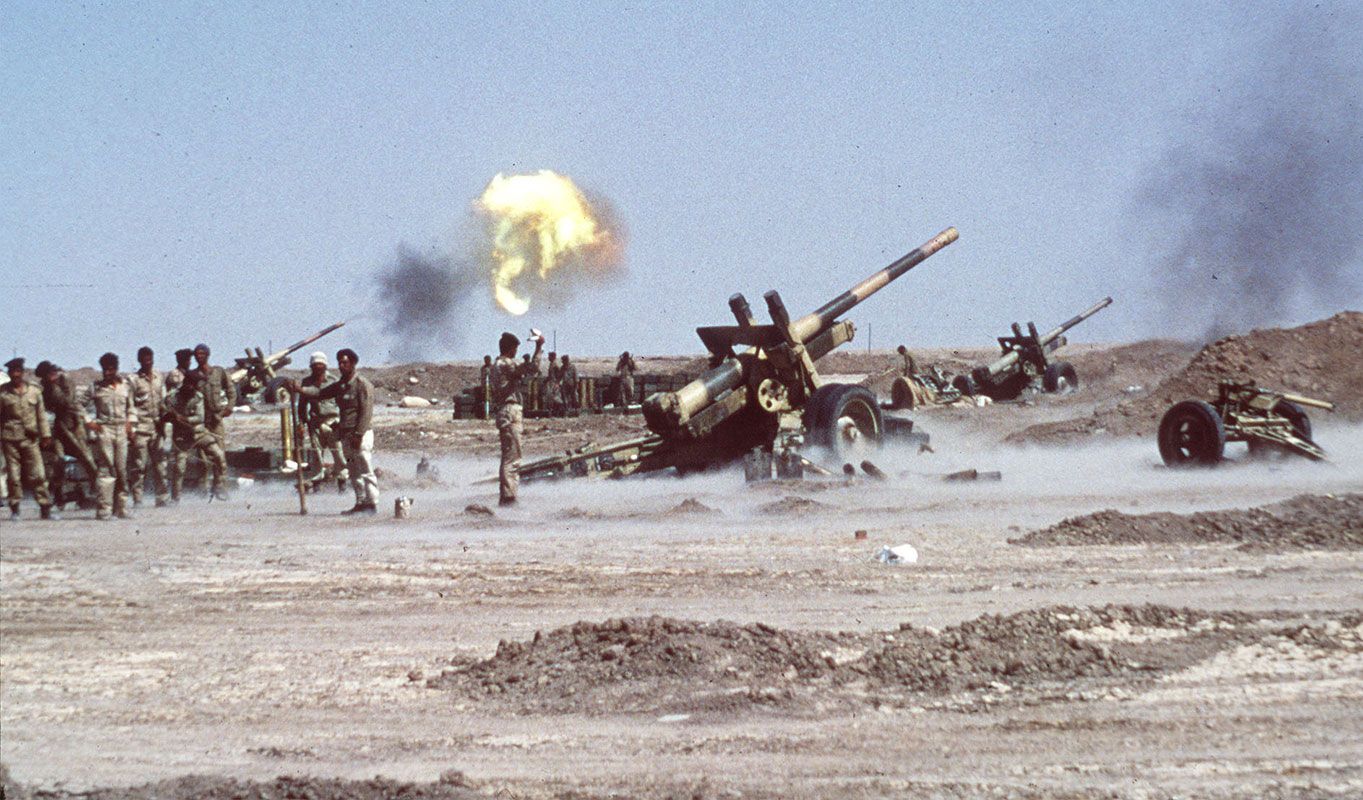 Then came war. Iran fought off Iraq in the 1980s and since then has engaged in other conflicts. “This 43 years has been full of the history of a continuous, uninterrupted world war.” But overall, Iran has worn down the Americans, he claimed.

“The American [America] you see today is far from [the one you saw before],” he said. “At that time, 40% of the world economy and world wealth was in his hands. His nuclear bombs had exploded in Nagasaki and Hiroshima, and all of Western Europe was under his political control. He controlled all the strategic positions of the world and dominated all political institutions.

“This dominance exists today, but to a lesser extent; America today is much weaker than it was 43 years ago, and in the relative position of us and him, this inequality is gradually becoming equal.”

His point is that the region is reaching a denouement where US power will decline just enough for Iran to take control. For US allies and partners, this is a key moment to see how they will challenge this IRGC concept.