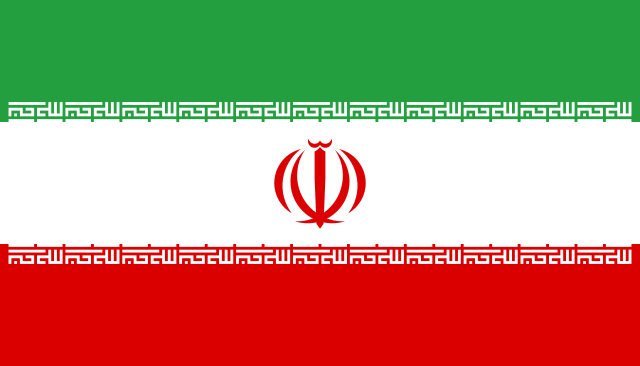 Iran has in recent months repeatedly violated the 2015 nuclear deal with world powers, reducing the time it would need to produce a nuclear weapon. The violations, a response to U.S. sanctions imposed after former President Donald Trump withdrew the U.S. from the pact in 2018, have put at risk the survival of an agreement that helped remove sanctions on Iran and open it to business with the West.

The latest development was revealed on Feb. 10 when the International Atomic Energy Agency told member states in a confidential report that Iran had begun producing uranium metal, a material vital for nuclear weapons. Iran had told the agency in mid-December that it planned to produce uranium metal, but that production would require four to five months to install the equipment to produce the powder from which uranium metal is made. Iran has said it would produce uranium metal for civilian purposes, though the uranium metal produced this month might not be related to this work.

In January, Iran made one of its biggest steps yet to breach the 2015 deal, announcing it had begun enriching uranium at 20% purity. That crossed a red line previously set by European powers that are still party to the accord.

The most recent disclosure of uranium metal production—which has limited civilian utility—has stirred concern among Western officials over whether Iran is preparing to restart work toward a nuclear weapon.

Why does it matter that Iran is producing uranium metal?

Uranium metal is often used in the core of nuclear weapons. Production of the material is a clear breach of Iran’s 2015 nuclear deal with six world powers, in which it agreed to a 15-year moratorium on uranium and plutonium metallurgical production.

The IAEA said on Feb. 10 that Iran had produced a small amount of uranium metal at a facility under IAEA inspection—possibly in a small lab, according to people familiar with Iran’s nuclear program.

Given the use of uranium metal in nuclear weapons and the ban imposed on Iran’s production of the material, even producing small quantities raises questions about Iran’s insistence that it doesn’t seek nuclear weapons. Iran has said it would use uranium metal to produce a more advanced fuel for its research reactor in Tehran. However the disclosure suggests Iran wants to keep its options open.

Production of uranium metal is likely to become a flashpoint between the U.S. and Iran if President Biden resumes talks with Tehran to re-enter the nuclear deal. Iran may seek negotiating leverage by offering to halt the production as a bargaining chip.

Iran is also enriching uranium to 20%. Why does it matter?

Iran said in early January that it had resumed enrichment of uranium at 20% purity, another serious breach of limits set in the 2015 nuclear deal.

Enriched uranium is a key component in civil nuclear power generation, which Iran says is the purpose of its enrichment. It is also a critical component to producing nuclear weapons-grade uranium.

The 2015 nuclear deal limits Iran to uranium enrichment at 3.67%. Iran’s level of enrichment is still far off from weapons-grade uranium, which is 90% enriched. But at 20% enrichment, the time Tehran would need to produce the grade of fuel needed for a nuclear weapon is dramatically reduced.

Iran has taken early steps that could possibly allow it to build a nuclear weapon.  See here

Could Iran produce a nuclear weapon with this stockpile? If so, how long would it take?

Since the Trump administration left the 2015 nuclear agreement in 2018, Iran has accrued a low-enriched uranium stockpile of 2,443 kilograms, more than 12 times the amount permitted under the 2015 accord, according to a November 2020 report from the IAEA, a United Nations watchdog.

The maximum purity of this current stockpile is 4.5%. Still, if the total is enriched to weapons grade—90% enriched—Iran would have enough material for two weapons, some experts say.

Experts differ on how long it would take Iran to produce a nuclear weapon. Some Western officials estimate it would take Iran two to three years to produce a nuclear warhead assuming no outside interference. Others, such as David Albright, former weapons inspector and president of the Institute for Science and International Security in Washington, believe Iran could explode a test device within nine months; build a basic nuclear weapon in a year; and in two years, affix a warhead to a ballistic missile.

The biggest unknown is how close Iran’s past work has brought it to mastering the building and fitting of a nuclear warhead on a missile. An Israeli raid on an Iranian nuclear archive in 2018 showed that Tehran had retained much of its nuclear weapons know-how from its past weapons program.

Has the nuclear deal collapsed?

Since the Trump administration’s withdrawal from the deal and reimposition of sanctions on Iran, the remaining parties to the deal—particularly the U.K., France and Germany—have struggled to keep it alive.

As U.S. sanctions have prevented European nations from providing Iran with the economic benefits it had expected from the deal, Tehran has gradually violated its key terms. Iran has raised its levels of uranium enrichment and breached limits on its allowed stockpile to pressure the European partners in the deal to provide sanctions relief.

The Trump administration says it acted to force Iran to negotiate for a broader security accord that would also roll back Iran’s military activities in the Middle East and its conventional ballistic-missile program.

How is the Iran deal currently enforced?

Under the nuclear agreement, the IAEA is allowed broad access to Iran’s nuclear facilities to verify the civilian use of all nuclear material in Iran. U.N. inspectors were present at Iran’s Fordow facility in January to oversee the removal of the agency’s seal from a cylinder containing uranium at 4.1%. At that point, Iran began enriching the material to 20%. The IAEA also has access under the IAEA’s Additional Protocol to suspect nonnuclear sites.

After Iran’s leading nuclear scientist was killed in a November attack that Tehran blames on Israel, Iranian lawmakers passed a bill allowing the government to stop implementing the Additional Protocol, which would deny U.N. inspectors access to suspect or nuclear-linked sites.

Iran’s new law also obliged the Iranian government to increase nuclear enrichment to 20%, if the remaining parties to the nuclear deal didn’t provide relief from American banking and oil sanctions within a month. When that didn’t happen, Iran in January said it had begun 20% uranium enrichment.

How has the series of attacks on nuclear plants and scientists impacted Iran’s nuclear program?

Last year’s killing of top Iranian nuclear scientist Mohsen Fakhrizadeh, and the blast in July at its main nuclear site, Natanz, haven’t stopped Iran from enriching uranium—or its work on the country’s ballistic missiles program. Iran’s nuclear program has sustained cyberattacks, sabotage and previous assassinations, but the know-how behind its nuclear work is well established among scores of scientists.

However, the incidents have posed new challenges for Tehran.

Mr. Fakhrizadeh was regarded as the father of Iran’s nuclear weapons program in the 1990s and early 2000s. His death removed a manager with unparalleled knowledge of Iran’s past work and current capabilities, and will likely slow any race to a nuclear bomb.

The blast and fire at Natanz took out a centrifuge assembly hall and exposed glaring gaps in its security. The attacks may cause Iran to move more activities underground and implement stricter security measures, which could create logistical complications, slowing the enrichment process.

What is the outlook for the international accord under the Biden administration?

President Biden has said he intends to rejoin the 2015 nuclear deal if Iran comes back into compliance. Iran has demanded the U.S. lifts sanctions, but no talks before then.

If they do resume, the raft of Iranian sanctions and a mounting list of its nuclear deal breaches are expected to complicate negotiations. Many Iranian officials see the Trump administration’s reversal of the nuclear deal as proof that the U.S. can’t be trusted, and has hardened their opposition to engagement even with a new administration.

Some Western officials also think a new nuclear agreement should strengthen certain elements of the accord that were criticized at the time, such as sunset clauses that set an expiration date on certain provisions in the deal. Those demands would make the road back to a nuclear deal even more tortuous.

Does Iran have other options for producing a nuclear weapon?

There are two paths to a nuclear weapon: uranium and plutonium. The bomb dropped by the U.S. in 1945 on Japan’s Nagasaki was a plutonium bomb, while the weapon used on Hiroshima derived its explosive power from enriched uranium. Iran has historically worked on both, but its uranium enrichment has been by far the most advanced.

How has the deal affected Iran’s economy?

The nuclear deal initially opened Iran’s economy to foreign countries and companies, promising to bring fresh capital and new technology to the long-isolated Islamic Republic. Yet the deal had little time to work before Mr. Trump withdrew from it and reimposed sanctions.

U.S. sanctions since 2018 have exacerbated Iran’s economic crisis. Sanctions on oil sales and on Iran’s banking system have slashed the country’s exports, deprived it of foreign exchange, sent Iran’s currency plummeting and accelerated inflation. U.S. threats to punish those who do business with Iran have deterred would-be investors.

The sanctions have hit ordinary Iranians hard, raising prices on products such as meat, now a luxury item for many. Facing difficulty importing products, domestic manufacturers have stepped into the gap. Iranian companies now increasingly produce the sorts of goods that the country had long bought from abroad.

Sune Engel Rasmussen is a correspondent for The Wall Street Journal based in Beirut where he covers Iran and regional conflicts. He previously spent three years in Afghanistan reporting for The Guardian.

isranet org
Previous articleDaily Briefing: News OF THE WEEK IN REVIEW
Next articleThe Case Against the Iran Deal