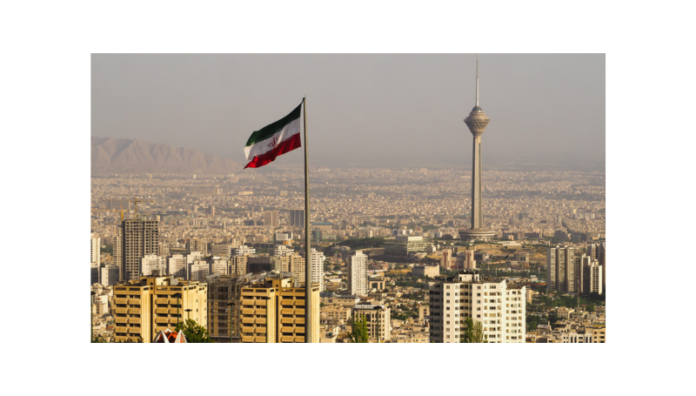 “the assumption that the threats posed by the rogue regime in Teheran is limited to the Persian Gulf and the larger Middle East ignores the ripple effect reality.”

An underlying assumption behind any US agreement with Iran’s Ayatollahs is that the Ayatollahs would utilize the resulting financial and diplomatic bonanza for butter rather than guns.

Moreover, it is assumed that Iran’s Ayatollahs are amenable to good-faith negotiation and peaceful-coexistence.

These assumptions have been quashed by the systematic, rogue, non-compliant and anti-US track record of the Ayatollahs since their violent ascension to power in 1978/79, and especially by their use of the $150bn bonanza showered upon them by the 2015 JCPOA (nuclear accord): intensified regional and global subversion, terrorism, wars, drug trafficking, and the development, manufacturing and proliferation of ballistic technologies. In fact, the Ayatollahs’ Constitution requires “the uninterrupted process of the revolution of Islam.”

Furthermore, the assumption that the threats posed by the rogue regime in Teheran is limited to the Persian Gulf and the larger Middle East ignores the ripple effect reality.

Thus, just as a single pebble thrown into a puddle creates a series of ripples throughout the puddle, the eruption of a single local conflict in the Middle East – especially when driven by a 1,400-year-old fanatic, imperialistic, Islamic vision – triggers a series of violent ripples throughout the global puddle. Moreover, a limited-size wave of violence, driven by a megalomaniacal vision – which is accommodated and negotiated rather than crushed – is bound to spark a series of violent waves, evolving into a mega-size lethal wave, which may sweep many regions of the world.

The Iran-driven ripple effects are well-documented in the Persian Gulf, Middle East, Central Asia, Africa, Europe, Latin and North America. Ignoring the Iranian ripple effects is bound to undermine the US homeland and national security.

The following are a few examples of the Iranian ripple effects, over and beyond the Ayatollahs’ lead-role in subversion, terrorism and fueling civil wars in Yemen, Saudi Arabia’s oil-rich Eastern Province, Bahrain, the United Arab Emirates, Iraq, Syria and Lebanon:

Since the 1980s, South and Central America have attracted Iran’s Ayatollahs and their Hezbollah (“Party of God”) proxies, as a forward operating base, targeting US interests in the region as well as in the US itself.  In fact, the US has become the platform for many sleeper cells.  Iran is leveraging the anti-US sentiments in Venezuela, Cuba and Nicaragua and the anti-US radical, revolutionary movements throughout Latin America, providing them with financial and military (supplies and training) assistance.

Iran and Hezbollah have leveraged the substantial Lebanese migrant population in the two relatively-lawless trilateral-border areas of Argentina-Paraguay-Brazil and Chile-Peru-Bolivia, as an infrastructure for drug trafficking, money laundering, terror proliferation, and laboratory and warehousing facilities for projects of weapons-of-mass-destruction. Iran has accessed the Latin American criminal and terror networks, in addition to the cultural, political and financial systems in the region, including the construction of many mosques, aimed to entrench the message of the Islamic revolution.

According to the June 2021 Pentagon-funded National Defense University’s Strategic Perspectives #34: “Iran’s ability to shape the information environment and spread the narrative of the United States as an imperialist force — perpetrating violence and instability in Latin America — has grown in recent years. These ongoing and multifaceted campaigns of disinformation are coordinated with Russia and Venezuela and thousands of allied Internet and social media accounts.

“It poses a strategic challenge to the U.S. and regional efforts to promote stability, democratic values, and the rule of law…. Iran’s advances in Latin America’s information space is not any less threatening than its more overt activities…. Iran has created a network of expanding echo chambers whose foundations are Iran’s own HispanTV state-owned satellite platform (established in 2010); teleSUR, the Bolivarian radical populist network based in Venezuela; and RT en Español, the Russian state news service. These platforms operate in tandem with social media accounts on platforms such as Twitter, Facebook, Instagram, WhatsApp, and Telegram chat groups….

“[It portrays] Iran as a key ideological ally of the radical populist Bolivarian Revolution…. a call and convergence center for a global alliance against the United States by Iran, Russia, and the revolutionary Bolivarian Joint Criminal Enterprise…. Iran is better positioned to pursue its long-term goals at the end of 2020 than at the beginning of the year…. The announcement made by Venezuela’s Maduro of a new ‘Military, Scientific and Technological Council’ is the first formal public military weapons production link between the Maduro and Iranian regimes…. Maduro regime’s engagement with Iran is often carried out in tandem with the support of Russia….”

Iran and the Horn of Africa ripple effects

Iran’s Ayatollahs have systematically attempted to enhance their presence in the Horn of Africa (150mn people, mostly Moslems), which consists of Ethiopia, Eritrea, Djibouti, Somaliland and Somalia. The Horn of Africa is one of the more militarily volatile, unstable, unpredictable and critical regions in the world, stretching along the southern part of the Red Sea, across from Saudi Arabia and Yemen, controlling the geo-strategically vital strait of Bab al-Mandeb, which facilitates trade between Asia and Europe.  It is a significant platform, militarily and economically, for regional and global powers. The Horn of Africa is an arena of confrontation among regional and global powers such as Turkey, Iran, Saudi Arabia, the United Arab Emirates (UAE), Qatar, Egypt, Russia, China and the US. Since their 1978/79 revolution, Iran’s Ayatollahs have targeted the Horn of Africa as a launching pad to advance their penetration of Africa, and to arm the anti-US, anti-Saudi Shite Houthis of Yemen. Their aim is to extend Iran’s military clout to the Gulf of Aden, the Red Sea and the Horn of Africa, while intensifying attempts to topple the Sunni House of Saud and all other (pro-US) Sunni Arab regimes.

Some of the radical Islamist organizations in the Horn of Africa were inspired by the 1978/79 Islamic revolution in “the Islamic Republic”(Iran).

Iran’s Ayatollahs have been a key destabilizing force in the Horn of Africa and other parts of Africa, as demonstrated by their on-again, off-again military and terroristic intervention in Somalia’s civil war, as well as their cooperation with the highly-unpredictable Eritrea, which currently participates in the horrific civil war in Ethiopia.

According to an October 22, 2021 study by The Hudson Institute: “Iran cooperates militarily with several African countries…. Uranium deals struck with Namibia and Zimbabwe help Iran advance its nuclear program…. Trade with Africa helps Iran circumvent US and UN sanctions…. 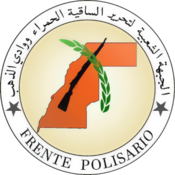 “[Iran supports] the Polisario Front, which is a separatist group based in Algeria, fighting for the independence of Western Sahara from [the pro-US] Morocco. It has links to Hezbollah…. Iran established a proxy in the Central African Republic, which is trained by Iran’s Islamic Revolution Guard Corps (IRGC)…. Shite Iran has also cooperated with the Sunni Al Qaeda… and has backed the Islamic Movement of Nigeria….”

Another US accord with Iran’s Ayatollahs?

The aforementioned documentation of Iran’s anti-US ripple effects – which are aimed to advance its fanatic, imperialistic vision – underscores the self-destructive nature of the 2015 JCPOA and any future agreement with Iran’s Ayatollahs.

The assumption that accommodating the Ayatollahs could entice them to waive their fanatic vision and to embrace peaceful-coexistence sacrifices reality on the altar of wishful-thinking.

The US decision to abandon the military option and exclude the option of regime-change in Teheran, takes lightly the past, documented track record of Iran’s Ayatollahs, while exalting their future, speculative track record.