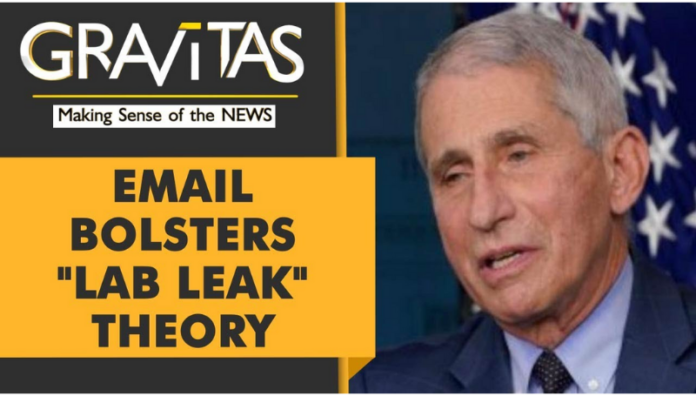 “But one significant email escaped the censor’s black marker.”

They told the world that the Covid-19 virus clearly couldn’t have been manipulated in the laboratory. But what they actually thought at first sight was that it had been.

The letter from five virologists published in Nature Medicine on March 17, 2020, was the single most influential statement in capturing the public narrative about the origin of SARS-CoV-2. Here was an authoritative statement from leading experts assuring the public that in terms of the virus’s origin “we do not believe that any type of laboratory-based scenario is plausible.”

But that’s the exact opposite of what these experts thought after taking their first look at the virus. A large batch of emails exchanged with Anthony Fauci, director of the National Institute of Allergy and Infectious Diseases, was made available this week to BuzzFeed and the Washington Post under the Freedom of Information Act. For the most part the emails concern meeting arrangements or messages from cranks and have been redacted of any meaningful information. But one significant email escaped the censor’s black marker.

On Jan. 31, 2020, shortly after the SARS-CoV-2 genome had been decoded, Kristian Andersen, the five virologists’ leader, emailed Dr. Fauci that there were “unusual features” in the virus. These took up only a small percentage of the genome, so that “one has to look really closely at all the sequences to see that some of the features (potentially) look engineered.”

This remarkable email establishes that the Andersen team’s initial reaction was to suspect that SARS-CoV-2 had been engineered in a lab. Their subsequent letter doesn’t adequately explain how they overcame this impression.

The furin cleavage site, a small element of the virus that they doubtless had in mind when referring to “unusual features,” is an anomalous genetic insertion that could be a sign of laboratory manipulation. The distinguished virologist David Baltimore has called it a smoking gun and “a powerful challenge to the idea of a natural origin for SARS2.”

The Andersen team in its letter discusses how the virus could have acquired the furin cleavage site naturally. Their best suggestion is that SARS-CoV-2 picked up the necessary genetic information from people after it had made its jump from bats. But no evidence for this idea has emerged. And it’s hard to see why the Andersen team decided that this conjecture should outweigh the appearance of laboratory manipulation.

As virologists, all had a professional interest in not provoking a storm of public condemnation over gain-of-function experiments, the bland name for genetically enhancing the pathogenic power of viruses. After taking one look at the horrific possibility that a lab leak origin for SARS-CoV-2 might cause virology labs all over the world to be closed down, it would seem, the Andersen team decided to disregard their first impressions of possible manipulation. Recall what they said in their letter: “We do not believe that any type of laboratory-based scenario is plausible.”

Dr. Fauci has long suggested that the virus emerged naturally—until the past few weeks, when he started to allow that lab escape is possible and should be investigated. The Jan. 31, 2020, email from Mr. Andersen shows that Dr. Fauci knew from the beginning that experts had serious suspicions about the virus’s origins. There were many other matters on his agenda at the time, but it’s too bad he didn’t ask for an independent panel, one not dominated by virologists, to look into the possibility that Chinese researchers genetically manipulating coronaviruses in low-level safety conditions had sparked a global pandemic.

Mr. Wade is a science writer who has worked for Nature, Science and the New York Times.