Faced With A Tsunami Of Anti-Semitism, Diaspora Jews Still Cling To Their Bubble 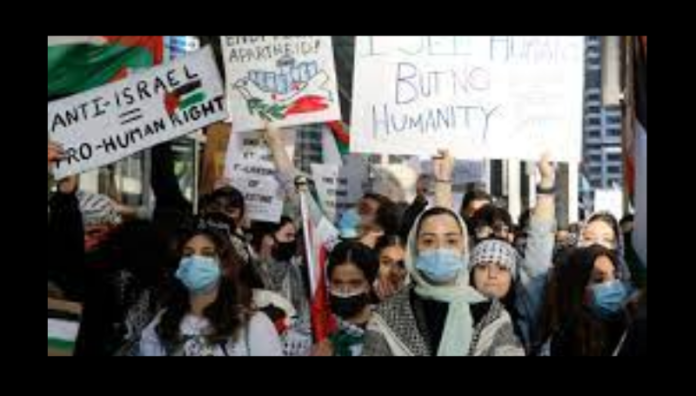 “Despite Hamas’s war crimes against both Israeli and Gazan civilians the Western media added to this incitement by recycling Hamas propaganda and falsely depicting the Israelis as wanton killers of Palestinian children.”

The tsunami of anti-Semitism over the past few weeks is the work of an axis of anti-Jewish evil that spans continents and has the whole Jewish world in its cross-hairs in both Israel and the Diaspora.

It’s the product of an alliance between the Islamic world and the Western left, making common cause against the Jewish people ostensibly over the Palestinian Arab issue. 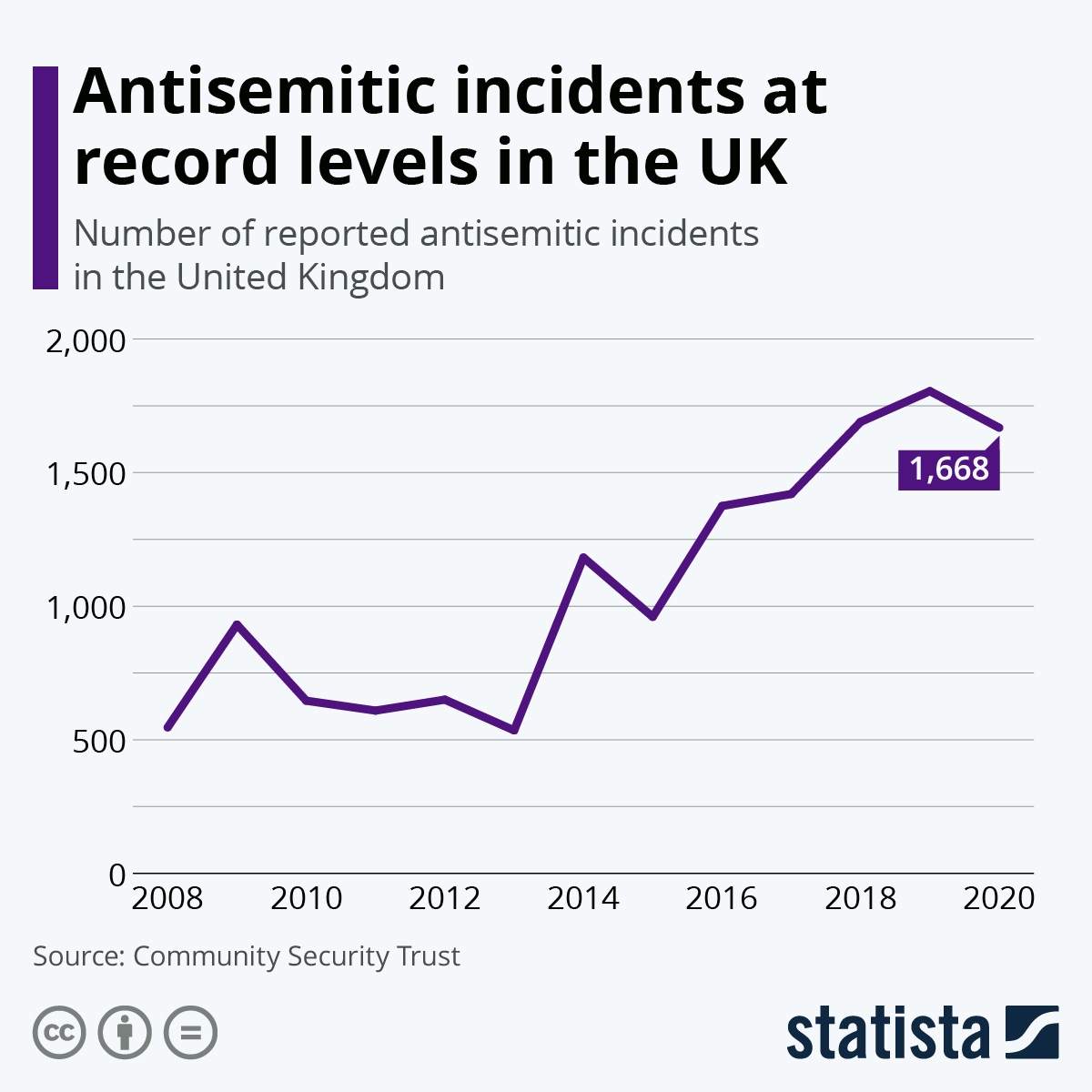 In both Britain and America, anti-Semitic attacks have been going through the roof. Jews have been singled out for assault in the street and in restaurants, baited on social media or from passing cars, their synagogues attacked and their children harassed in school.

These attacks were triggered by the 11-day Israeli bombardment of Hamas in Gaza aimed at stopping the thousands of rocket attacks against Israeli towns.

Despite Hamas’s war crimes against both Israeli and Gazan civilians—and despite the incitement to mass murder of Jews by the Palestinian Authority and the consequent terrorist attacks on Israelis in Jerusalem that preceded the hostilities in Gaza—the Western media added to this incitement by recycling Hamas propaganda and falsely depicting the Israelis as wanton killers of Palestinian children.

This transnational neo-pogrom is thus being facilitated by Western elites who, if they aren’t actually taking part in this war against the Jewish people either on the streets or in the media, are piously wringing their hands but not taking the action necessary to put a stop to it.

The flimsy veil has therefore been torn off the hypocritical West to reveal a culture that is predominantly either hostile to the Jewish people or indifferent to their fate.

It treats no other people in this way. The killing of George Floyd produced breast-beating denunciations of “white privilege”; mass movements of illegal immigrants across the English Channel or the Mexican border with America elicit savage condemnation not of the migrants, but of anyone who wants to stop this traffic; but when it comes to anti-Semitism (with some honorable exceptions), people look the other way.

Yet the reaction to all this by Diaspora Jews has been woefully weak—a combination of outraged protest at the attacks with a refusal to acknowledge the shattering implications of what’s happening.

A video podcast made by a British Jew illustrates this skewed reaction. He was responding in particular to the recent shocking anti-Semitic episode in London where a masked youth was filmed telling a Muslim crowd: “We’ll find some Jews here … We want the Zionists, we want their blood!”

Minutes earlier, another Muslim had whipped up the mob against the “terrorist apartheid state of Israel” by declaring: “We love death.”

The police are now said to be hunting the masked youth. But the point was that officers had been within earshot of this incitement to murder Jews, and yet they had stood by and done absolutely nothing.

So the podcast Jew was right to be angry. But the nub of his complaint was his outrage that British Jews were being picked on over Israel, even though Israel had nothing to do with them. His family had been in Britain for five generations and contributed mightily to British society. And yet, he was having to explain to his children that there were people who hated them for their ethnicity and saw them as less than human, all on the flimsy pretext of anti-Zionism.

To which one is tempted to riposte: Welcome to the Jewish people, friend. For this is how Jews have been seen since time immemorial, and always will be.

This is what anti-Semitism actually is. Didn’t he know?

This individual, however, is far from alone. Many Jews in Britain and America are displaying the same astoundingly blinkered reaction. They are shocked—shocked!—at the onslaught of anti-Semitic attacks.

While its scale and ferocity are indeed shocking, how can these Jews possibly be surprised? The libelous demonization of Israel and the consequent rise in attacks on Diaspora Jews have been going on for decades. 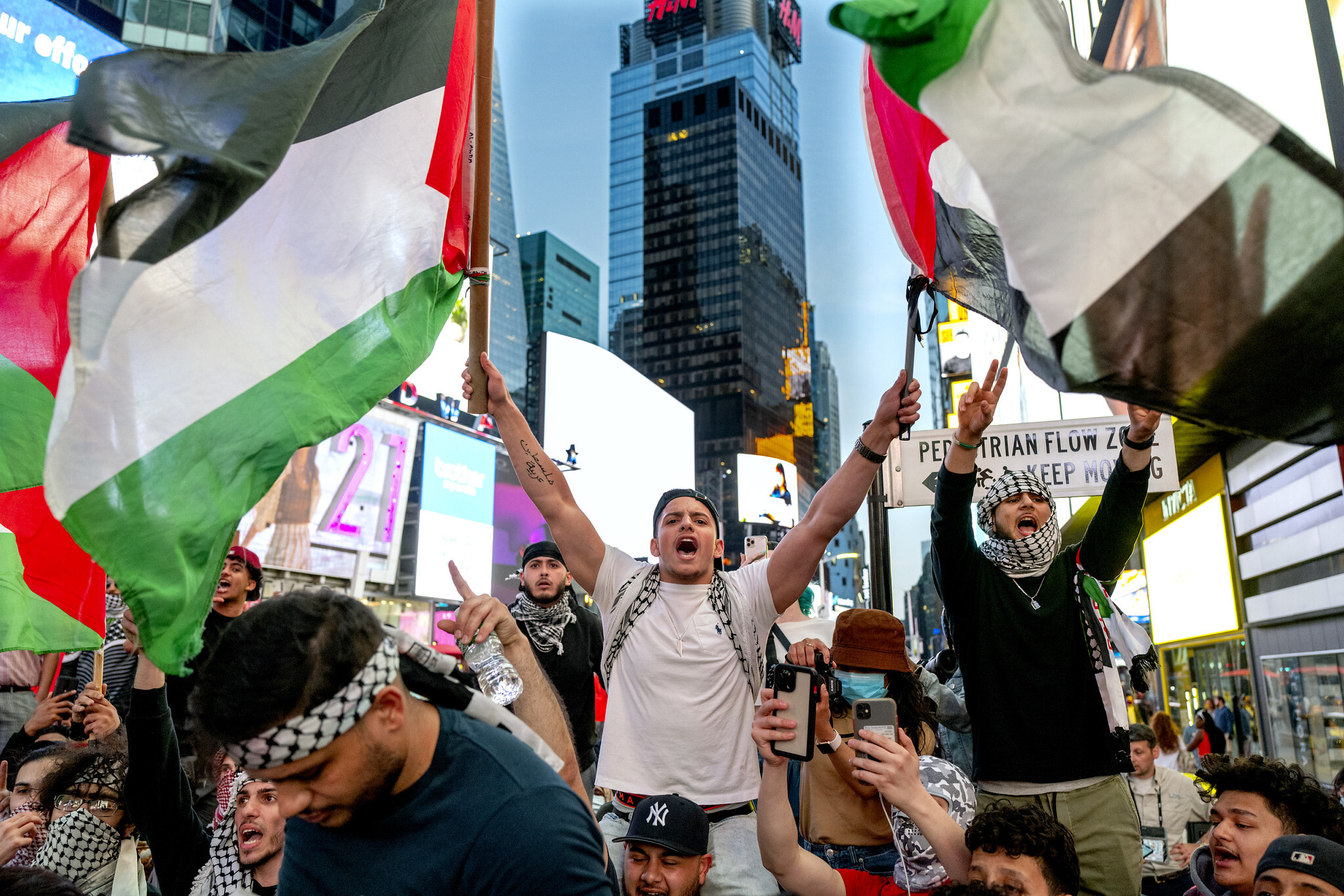 The stomach-turning Jew-baiting that erupted in Britain between 2000 and 2005, when Israelis were being blown to kingdom come in buses and pizza parlors during the Second Intifada did open some community eyes.

At that point, a number of British Jews realized they’d allowed themselves to inhabit a fool’s paradise by believing that epidemic anti-Semitism was a thing of the past. They suddenly grasped that, after Auschwitz, there had been merely a half-century respite. Now it was back to Jew-hating normal.

Yet many in the community still allowed themselves to believe that there wasn’t anything that need worry them. Inside their comfortable bubble and believing that Israel had nothing to do with them, they had too much to lose if they acknowledged that there was.

Now they are reeling in bewilderment. Where has this eruption come from, they ask each other. Surely, it’s just a few Muslim extremists? And isn’t it actually Israel’s fault for refusing to compromise, or because Benjamin Netanyahu is so right-wing, or because Israel is an apartheid state?

All these head-in-the-sand idiocies and parroted propaganda libels and more have been heard from Jews in Britain and America over the past few weeks.

Whether through ignorance or ideology, an increasing number, particularly among the young, have frighteningly absorbed the lies about Israel’s behavior. Even among those who have not done so, many, if not most, have shut their eyes for years to what the institutionalized cultural hostility towards Israel has meant for themselves as Diaspora Jews. Anxious as ever to kowtow to those in cultural or political power, they have even evacuated anti-Semitism of its true meaning by loudly equating it with Islamophobia.

In Britain, missing the point that the country’s entire establishment is running scared from Islamist extremism, they are now shocked to find the police standing by when Muslims publicly scream for the murder of Jews.

In America, terror of being thought Islamophobic, anti-Black Lives Matter or anti-Palestinian—thus alienating the Democratic Party and the all-powerful liberal cultural elite—has similarly paralyzed most of the Jewish community in their response to the attacks. They, too, are behaving like rabbits caught in the headlights.

The correct response by Jewish community leaders to the anti-Semitism onslaught would be to call out the factors driving it. Jewish leaders should be pointing out the lie that Israeli residence in Judea and Samaria is illegal. They should be producing the copious evidence that exists of Palestinian Nazi-style anti-Semitism. They should be accusing anyone who supports the Palestinian Arab cause of supporting genocidal, racist fanaticism.

Yet from Diaspora Jewish community leaders, there has been on these crucial matters only silence.

The problem isn’t just the appalling number of Jews who believe the lies about Israel. The deeper issue is the desperate desire of Diaspora Jews to “fit in” with the surrounding society.

They refuse to acknowledge the full enormity of what’s happening because it would force them to confront what they have constructed an entire social framework to deny—that they will always be regarded as “the Jew” in society, as the ultimate outsider. And the toleration of them will always be conditional.

This was recently spelled out with brutal clarity when Aaron Keyak, the Biden administration’s “Jewish engagement director,” told American Jews: “It pains me to say this, but if you fear for your life or physical safety, take off your kippah and hide your Star of David.”

The majority of American Jews have bought into liberal universalism and rejected Jewish nationhood. For British Jews, minhag anglia (“English custom”) means never rocking the cultural boat. These trembling Diaspora Israelites don’t even realize that they are feeding the beast that intends to devour them. Their Jewish identity will not survive the experience.

Melanie Phillips, a British journalist, broadcaster and author, writes a weekly column for JNS. Currently a columnist for “The Times of London,” her personal and political memoir, “Guardian Angel,” has been published by Bombardier, which also published her first novel, “The Legacy.” Go to melaniephillips.substack.com to access her work.

Dan Friedman Forward, May 25, 2021 "I was shocked my private Instagram could be added into a group of such hateful behavior. What made it even...
Read more