Diane Francis: Canada Must Be Transparent About Wuhan Lab Ties 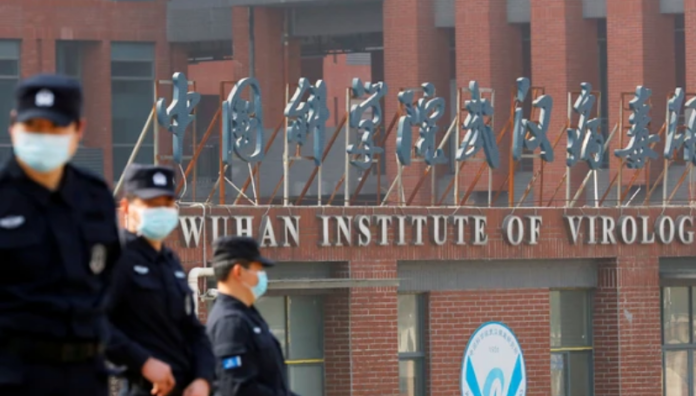 “The article quoted Andy Ellis, formerly with CSIS, who said it was “madness” for the Public Health Agency of Canada (PHAC) to co-operate with the People’s Liberation Army. “It is ill-advised. It is the top lab in Canada,” said Ellis. “It is just incredible naivete on their part.””

With evidence mounting that SARS-CoV-2 may have escaped from China’s Wuhan Institute of Virology, Prime Minister Justin Trudeau’s Liberal government could find itself in a very awkward position if the American intelligence report ordered by U.S. President Joe Biden into the origins of the virus ends up uncovering previously undisclosed information about the connections between Canada’s National Microbiology Laboratory and the Wuhan lab.

As has been widely reported, a previously undisclosed U.S. intelligence report revealed that three researchers working at the Chinese laboratory were hospitalized in November 2019 “with symptoms consistent with both COVID-19 and common seasonal illness,” which has lent credibility to the lab leak theory.

We also know that the high-security National Microbiology Laboratory in Winnipeg was conducting research into deadly pathogens, in partnership with the now-notorious Wuhan lab. And although the public doesn’t have all the information, a series of firings and police investigations relating to the Canadian lab point to troubling developments that have taken place behind the scenes.

In July 2019, the head of the Winnipeg lab’s Vaccine Development and Antiviral Therapies section in the Special Pathogens Program was Chinese virologist Xiangguo Qiu. That month, she and her husband, Keding Cheng, along with a number of her Chinese students, were marched out of the lab by the RCMP.

At the time, officials made no comment and said it was a procedural investigation. But some experts raised concerns about the possibility of unauthorized shipments of deadly viruses or stolen intellectual property being sent to China.

The two of them were later fired after the Canadian Security Intelligence Service (CSIS) called for their security clearances to be revoked on national security grounds.

There are also concerns over the involvement of Feihu Yan, who was involved in the Winnipeg lab but also a researcher with the Chinese military’s Academy of Military Medical Sciences, according to an intelligence leak recently published in the Globe and Mail.

The article quoted Andy Ellis, formerly with CSIS, who said it was “madness” for the Public Health Agency of Canada (PHAC) to co-operate with the People’s Liberation Army. “It is ill-advised. It is the top lab in Canada,” said Ellis. “It is just incredible naivete on their part.”

Equally naive was a deal that Trudeau and the National Research Council (NRC) made in March 2020 with a Chinese vaccine company, CanSino Biologics, which saw Canadian intellectual property needed to create vaccines for Ebola and SARS-CoV-2 transferred to the Chinese.

This led to Canada’s current vaccine dose-delay and rollout mess. The Chinese vaccine was to be tested at Dalhousie University and, if commercialized, the NRC was supposed to get a share of the proceeds. Trudeau was counting on that, which caused him to delay signing deals with other pharmaceutical companies.

In the summer of 2020, Chinese officials blocked test vaccines from being delivered to Canada. CanSino blamed Chinese customs, but China has permitted other vaccine candidates to be shipped to other countries for testing. The move was more likely in retaliation for Ottawa refusing to free Huawei CFO Meng Wanzhou, who’s currently being held in Vancouver while she fights an extradition request from the United States.

PHAC is in charge of the National Microbiology Laboratory and refuses to disclose information about the firings, lab research or the institute’s relationship with both the Wuhan lab and the Chinese military. Clearly, this is a matter of national security, as well as total incompetence.

Also at stake is Canada’s reputation, especially as it pertains to its involvement in NATO and the Five Eyes intelligence-sharing alliance, which is already on thin ice since the 2019 arrest and incarceration of Cameron Ortis, a high-level intelligence official with the RCMP.

If Trudeau hopes to retain any credibility, he should follow Biden’s example by commissioning a full report from Canadian intelligence officials into Ottawa’s questionable relationship with China’s scientific and military communities.