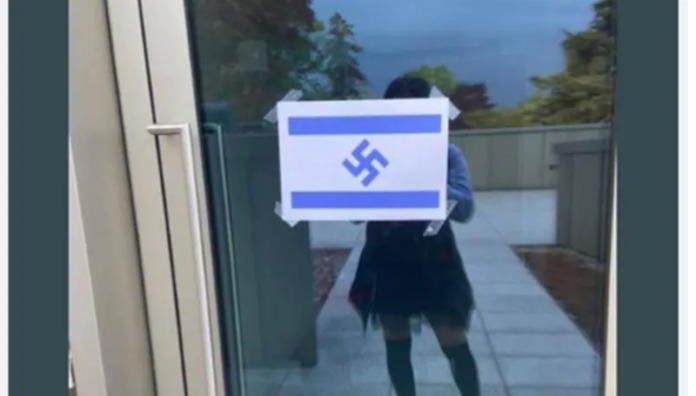 “I was shocked my private Instagram could be added into a group of such hateful behavior. What made it even worse was that when I shared it, not one of my non-Jewish friends reached out for support.”

Statistics can’t fully convey the massive surge in anti-Jewish behavior in Britain over the past two weeks. The Community Security Trust, an organization that monitors and fights antisemitism in the U.K., officially noted a growth of 500% in antisemitic incidents comparing May 8-18 to the similar period before.

That is an extremely conservative estimate — Attorney General Michael Ellis, the British government’s top legal advisor, cited a media report of a 600% growth. It’s likely that, due to delays and underreporting, the growth is higher.

Those statistics, however, don’t tell you what it feels like to be caught in a bubble of hostility.

There are less than 400,000 Jews in Britain, and more than half of those live among the 9 million people of London. Beyond London, there are no other sizable Jewish communities by American terms. And this tiny minority community is looking for its neighbors to stand up for them as they face racist abuse.

Over the course of the recent Gaza conflict, cars — or convoys of cars — with Palestinian flags on them have driven around Jewish areas in a clear attempt to intimidate local Jews. These incidents took place in all cities with significant Jewish communities, one almost every day, quite independent of pro-Palestinian or pro-Israel protests.

Many of these drive-bys included men shouting out anti-Israel slogans on loudspeakers. Most infamously, on May 16 on London’s Finchley Road, men yelled out antisemitic abuse including, “F—k their mothers, rape their daughters.”

To be sitting in your house while people yell violent racist abuse outside is frightening. The atmosphere is doubly hostile online.

As well as the racist posts like ones that equate Jews with Nazis (racist in any context), ones that rehash anti semitic tropes (they lie and manipulate the media) and ones that simply promote the genocide of the Jews (“from the river to the sea,” “Hitler was right”) there have been direct, overt attacks on British students. For example, some young Jewish women at British universities were added to antisemitic group chats on Instagram and, according to the CST, antisemitic content was sent to “Jewish students and schoolchildren via direct messages.”

Working with the team at the Center for Countering Digital Hate, I have seen them demonstrate how social media platforms foster hate even without geopolitical causes. This month has shown new ways platforms enable users to share their hate. The Tab, a British site where young journalists cover youth and student culture, quotes a student from the University of Leeds talking about being thrown from the callous, widespread antisemitism of social media, into specific, personal racism and misogyny:

“It was really shocking after days of seeing friends share antisemitic rhetoric on Instagram to then be directly targeted. I was shocked my private Instagram could be added into a group of such hateful behavior. What made it even worse was that when I shared it, not one of my non-Jewish friends reached out for support. I felt so intimidated and threatened.”

This is the microcosm of the Jewish community’s experience. Britain’s Jews, and the middle-class communities in which they live, believe in the rights of Palestinians. 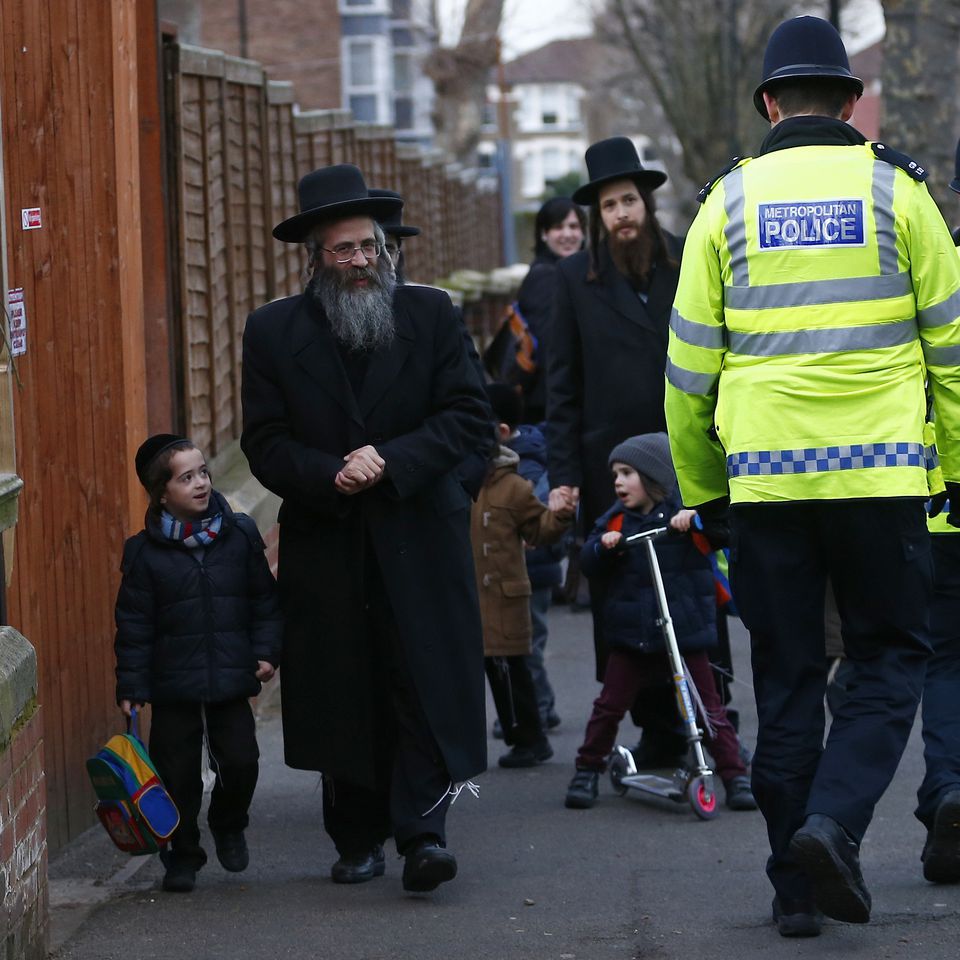 While facing disgusting antisemitism by bad actors online or in person, British Jews feel let down by their non-Jewish friends and neighbors who are neither standing up against those who physically cultivate an atmosphere of hostility to Jews nor offering support against the torrent of abuse online. Indeed, many friends and neighbors’ own protests against the Israeli government often imply that all Jews are to blame.

Across the country, there have been a number of demonstrations against Israel’s actions that have included offensive anti-Jewish banners. Though these are a minority, they are well-represented and happily included by the leaders of the demonstration.

David Baddiel — a British Jewish celebrity and author of the recent “Jews Don’t Count” about the abandonment of Jews as an ethnic minority by the progressive left in Britain — tweeted a photograph of a pro-Palestinian demonstration where a marcher carries a banner accusing Jews of being Christ-killers. As he points out, “The way to spot if anti-Zionism is blurring into anti-Semitism is to keep your eye out for the age-old tropes: the ones that existed a long, long time before 1948. And they don’t come much more age-old and recognizable than this one.”

Baddiel was not surprised that this millennia-old slur appeared, but what hurts British Jews is that the racism was not questioned and removed by others in this progressive march.

This hurtful wave comes at a time when, despite the clear and independently-verified antisemitism of Jeremy Corbyn’s Labour Party, Jews are being accused by significant numbers of the left of having sabotaged a so-called progressive agenda by pointing out its deep-seated bigotry.

It also comes in a country where there are nearly 3 million Muslims who, it feels, often believe lies about the Jewish community rather than join Jews and other BAME (Black, Asian and minority ethnic, a UK demographic term of choice) to fight entrenched British racism.

Despite British Muslims being of predominantly South Asian descent, they are more likely to protest against perceived Palestinian injustices than massacres of Syrians or anti-Muslim laws and riots in India. Again, there are ways of holding these passions with integrity, but there are too many who hold them with public prejudice, worsening the feeling of isolation and embattlement of the Jewish community.

Britain’s Jewish communities are not despairing — politicians are mostly being supportive and police did arrest and charge with racially aggravated public order offenses, the four men who shouted those horrible antisemitic obscenities. But the extent and vitriol of anti-Jewish sentiment online is deeply worrying and the general British population, known for its decency and fairness, needs to stand by its Jews.

The views and opinions expressed in this article are the author’s own and do not necessarily reflect those of the Forward.

Dan Friedman is the former executive editor and whisky correspondent of the Forward, and is the author of an illuminating (and excellent value) book about Tears for Fears, the 80s emo rock band.

isranet org
Previous articleThe Left’s Shameful Silence On Anti-Semitism
Next articleDaily Briefing: POLITICIANS AND JEWS “SHOCKED” BY THE DEPTH OF ANTISEMITISM IN THE UK: WHY? (June 11, 2021)

Danielle Sheridan Vancouver Sun, July 30, 2021 “A future conflict may not start in space, but I'm in no doubt that it will come very quickly...
Read more
Analysis

David Price Jones National Review, May 27, 2021 “Signed at the end of August 1939, the Hitler–Stalin pact of nonaggression has claims to be the most...
Read more
Analysis

James Holmes 19Forty-Five, July 31, 2021 “the ultimate determinant in war is the man on the scene with the gun. This man is the final power...
Read more