“The most important BDS development in April was the alignment of left-wing Jewish faculty, students and groups with opponents of the International Holocaust Remembrance Alliance (IHRA) definition of antisemitism.”

The debates over the International Holocaust Remembrance Alliance definition of antisemitism have reached new heights, with faculty and students claiming the clauses mentioning Israel restrict free speech and the Palestinian right to attack Israel. Alternative definitions have been proposed which effectively remove Israel from the concept of antisemitism and force Jews to accept demonization, delegitimization and double standards. These new definitions – proposed and supported by left-wing Jews including BDS supporters -are already gaining traction in Democratic political circles.

The most important BDS development in April was the alignment of left-wing Jewish faculty, students and groups with opponents of the International Holocaust Remembrance Alliance (IHRA) definition of antisemitism. The most dramatic incident in student government took place at the City University of New York. A proposal to adopt the IHRA definition was met by another co-sponsored by the CUNY Law School Students for Justice in Palestine and CUNY Law Jewish Students Association vilifying IHRA and proposing a stripped down condemnation of antisemitism based on ‘white supremacism.’

Whereas the pro-Israel supporters were open to compromise, the anti-Israel faction claimed that outside harassment poisoned the environment and made cooperation impossible. Both resolutions were voted down, which was effectively a positive outcome for anti-Israel students. 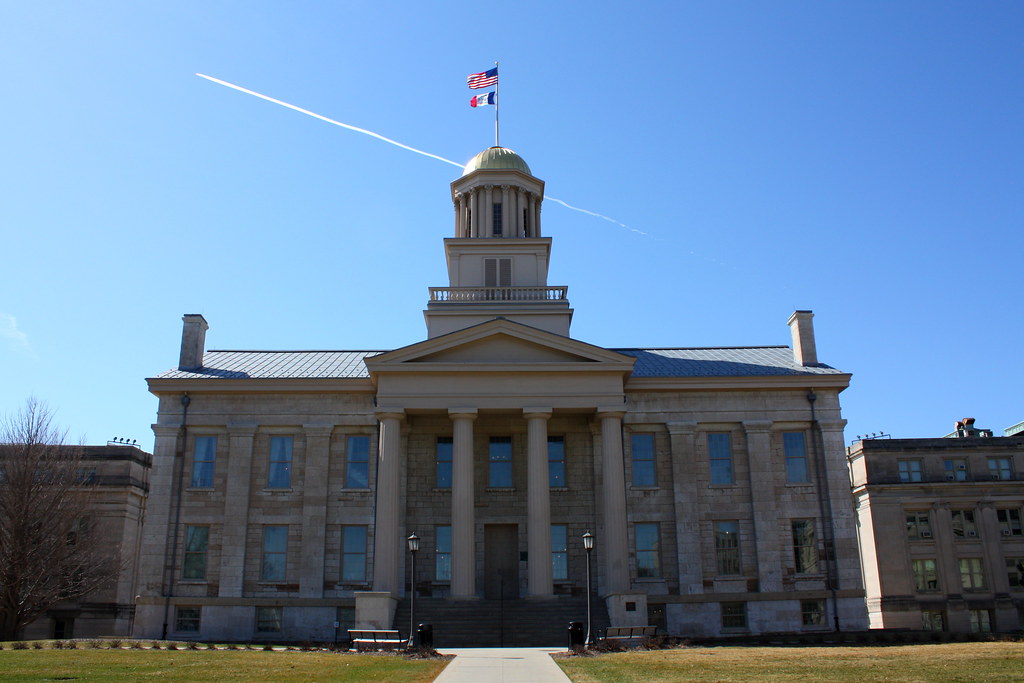 Elsewhere, the University of Iowa the student government passed a resolution opposing antisemitism but after lengthy debate removed ‘controversial’ clauses related to Israel. The bill also established a “Jewish constituency senator” in the student government, although press reports noted “some students were arguing that Jews should not be entitled to the same kind of representation as LGBTQ students or Black students because Judaism is a religion.”

At Michigan State University an antisemitism resolution was proposed and approved. But supporters were later told that student representatives had not read the resolution and that without amendments it would be vetoed. During two Zoom sessions, commentators (who demanded to remain anonymous for fear of ‘harassment’) excoriated the bill and its supporters. The resolution was then withdrawn.

At the University of Toronto the Scarborough Campus Student Union rejected a motion from a Jewish group to revoke a previously adopted BDS resolution and to submit future resolutions to the equity committee for review. An unnamed student objected stated, “the solution is attempting yet again to silence Palestinian suffrage through imposing a blatant Zionist agenda.”

The Pomona College student government passed a BDS resolution unanimously. Co-sponsored by the local SJP and ‘Jewish Voice for Peace” chapters, the resolution calls on the student government to deny funding to student groups that “invest in or purchase goods or services from companies that contribute to the settlement and occupation of Palestinian occupied territories by the UN-designated companies or the Israeli state.”

Predictably, Jewish students were not informed in advance of the resolution and no comment period was permitted, in contravention of student government regulations. The terms of the resolution would deny students the right to express support for Israel or purchase some Israeli products. Organizations such as Hillel and Chabad risk being defunded completely.  The university administration condemned the resolution.

The alignment between left wing Jewish students and BDS supporters is an example of intersectional politics where Jews willingly abandon support for Israel in exchange for nominal support against antisemitism. Denuding antisemitism definitions of Israel-centered issues (in effect legitimizing demonization, delegitimization, and double standards) also designed to portray antisemitism as solely a function of the ‘far white’ and ‘white supremacy.’ The effort to rewrite antisemitism as a ‘right wing’ phenomenon, to exclude Israel as an element of Jewish identity while implicating it in the creation of antisemitism, and claiming that hatred directed at Israel is both free speech and an inherent Palestinian right, will characterize debate over IHRA going forward.

Doing so also casts critics of this approach – including Jewish and Christian supporters of Israel and Israelis – as de facto supporters of ‘whiteness’ or even as ‘white supremacists.’ This equation was reflected in graffiti at the University of Massachusetts that saw “Free Palestine” and Ahmad Erekat, a Palestinian killed as he attempted to run down Israeli pedestrians, written alongside the names of George Floyd and Breonna Taylor. More direct impacts were seen in the antisemitic vandalizing of Jewish and college facilities at the University of Kentucky,

the University of Connecticut, and Rutgers University, as well as stone throwing attacks against synagogues in New York City.

Elsewhere in academia, San Francisco State University’s Arab and Muslim Ethnicities and Diasporas (AMED) program has again scheduled a talk by terrorist Leila Khaled. After protests the Zoom platform took down the event, as did Eventbrite and Facebook. In the meantime, however, another livestream from the AMED program featured a talk from Yacoub Odeh, another PFLP operative. 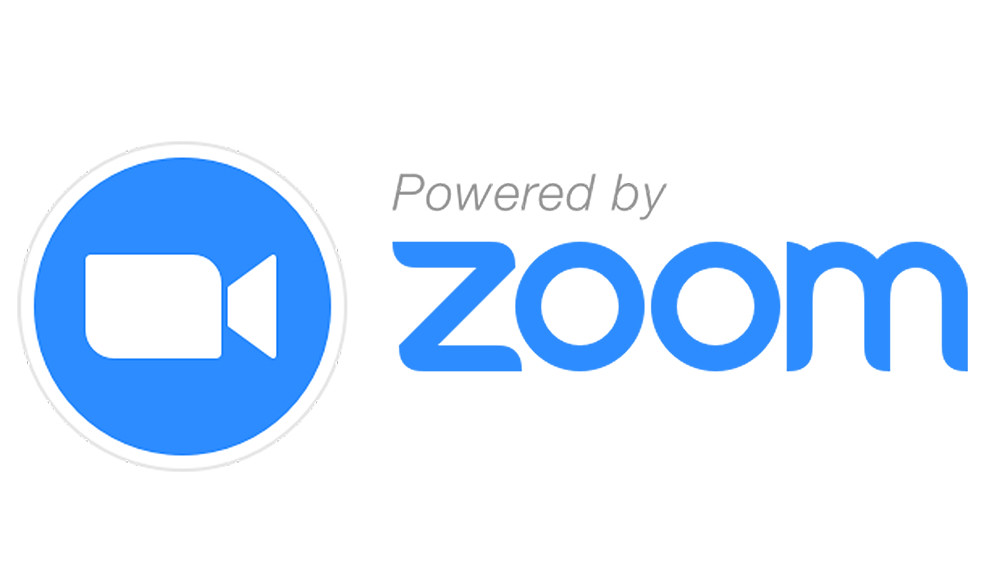 The reappearance of terror-linked public events has prompted Zoom to revise its terms of service, placing more responsibility onto meeting organizers. Should external complaints arise regarding a speaker or event, the company would then assess potential legal and regulatory risks. The policy is designed to protect the company and, secondarily, to protect academic freedom.

The process of Jews legitimizing antisemitism focused against Israel is being replicated nationally. The two recent antisemitism definitions designed to compete with IHRA, the ‘Nexus Document’ and ‘Jerusalem Declaration’ both equivocate on antisemitic statements that focus on Israel. Despite claims to the contrary, these are clearly intended to undermine consensus that has surrounded IHRA precisely by being documents authored and supported by a number of left-wing Jewish and Israel academics, including a number who directly support BDS.

A number of educational and Jewish institutions hosted events dedicated to undermining IHRA. At the Feinstein Center for American Jewish History at Temple University a discussion was held on how “definitions, such as that of the International Holocaust Remembrance Alliance (IHRA), become weaponized to shutter criticism of Israeli military occupation and increased state violence against Palestinians?” The discussion featured Kenneth Stern of Bard College and Joyce Ajlouny, general secretary of the American Friends Service Committee (AFSC), one of the most prominent BDS organizations in North America. The event was co-sponsored by Congregation Rodeph Shalom and the “Master of Arts in Holocaust and Genocide Studies program” at Stockton University.

A report from the event indicated that Ajlouny characterized IHRA as a “plot” by the Israel advocacy “machine” to “silence Palestinians” and to defend ‘settler colonialism.’ For his part, Stern indicated that if he were younger he would join a BDS group such as ‘IfNotNow.’ That the opposition to IHRA and promoting alternative definitions sans Israel is a well-organized effort was also demonstrated by a conference sponsored by the Harvard Divinity School that featured several of the ‘Jerusalem Declaration’ authors.

The reach of this effort into the political sphere was seen in a letter from a number of Democratic House members to Secretary of State Antony Blinken urging the State Department to use these two new definitions along side IHRA. The mendacious claim that these have been “have been formulated and embraced by the Jewish community” is designed to undermine the widespread acceptance of IHRA, thereby removing Israel from the antisemitism equation. At the state level, an antisemitism and Holocaust education bill in the Arizona Senate stalled over the inclusion of the IHRA definition.

Beyond IHRA, ostensibly Jewish organizations such as J Street and Americans for Peace Now have now openly aligned with BDS supporters such as ‘IfNotNow’ and ‘Jewish Voice for Peace’ to oppose US support for Israel. Their support for legislation proposed by a prominent BDS supporter, Rep. Betty McCollum, the “U.S. Commitment to the Universal Human Rights of Palestinians Living Under Israeli Military Occupation Act,” conditions US aid to Israel. Supported by the BDS caucus in the House, the bill repeats allegations regarding ‘human rights violations’ made by the BDS movement and an NGO associated with the Popular Front for the Liberation of Palestine.

The realignment towards BDS inspired restrictions on aid to Israel was also on display at the annual J Street conference. In her speech Senator Elizabeth Warren called for “restricting military aid from being used in the occupied territories,” a demand that President Joe Biden had called in 2019 “outrageous” and a “gigantic mistake.” In his speech Senator Bernie Sanders agreed with the idea of restrictions, adding “it’s about acting in an even-handed way in the region and making sure that American aid works to advance American values, not undermine them.”

The mainstreaming of BDS organizations into American Jewish communal life is also reflected by their growing prominence in left wing Jewish media, for example as critics of Birthright, and in institutional settings, such as the Boston Jewish Community Relations Council (JCRC). There J Street and other groups are called for the expulsion of the Zionist Organization of America over criticism by that organization’s president, Morton Klein, of Black Lives Matters (BLM). Klein had criticized BLM’s antisemitism and hatred of Israel, as well as that of Representatives Ilhan Omar and Rashida Tlaib, statements that critics called “xenophobic and racist” and which “elevated white supremacist voices.” The measure failed by a narrow margin.

In the political sphere BDS continues to be a contentious issue in the New York City mayoral race. When questioned in an institutional Jewish setting on the ‘Democratic Socialist of America’ demand that they not visit Israel, most mayoral candidates responded that they would be willing to do so but none expressed outright opposition to BDS.

At a private gathering mayoral candidate Dianne Morales was revealed to have called Israel an “apartheid state” and added “I cannot advocate for equity and justice in New York City and turn a blind eye to the challenges around those issues in Israel and with the folks living in Gaza and in Palestine.” Morales also expressed dissatisfaction with a trip to Israel organized by the New York JCRC, calling it a “propaganda trip.”

Morales’ characterization of the putative moral necessity of speaking out for “equity and Justice” in New York and in “Gaza” reflects the conjoining of the two issues as a progressive catechism. The question of New York City pension funds invested in Israeli entities also arose in the context of the New York City comptroller race, while a candidate for Manhattan District Attorney, endorsed by left wing Jewish organizations and by Linda Sarsour, is the sister of a noted BDS supporter.

Alexander H. Joffe is an archaeologist and historian specializing in the Middle East and contemporary international affairs. He received a B.A. in History from Cornell University in 1981 and Ph.D. in Near Eastern Studies from the University of Arizona in 1991. From 1980 to 2003 he participated in and directed archaeological research in Israel, Jordan, Greece and the United States. Joffe taught at the Pennsylvania State University and Purchase College, and has been Director of Research for Global Policy Exchange, Ltd., and The David Project, Center for Jewish Leadership.

isranet org
Previous articleI Left Apartheid South Africa. Applying The Term To Israel Is Disingenous.
Next articleDaily Briefing: JEWS AND ISRAEL ARE SINGLED OUT ON MULTIPLE PLATFORMS (May 3, 2021)

Yemima Hovav Segula Magazine, Sept. 15, 2013 "Chagall has been described as the greatest Jewish painter of all time. His artwork shifts constantly from reality to...
Read more
Analysis

Whatever Happened to Marc Chagall?

Michael Lewis Commentary Magazine, October 2008 "it was no secret that Chagall’s most vital work had been made on the eve of World War I, when...
Read more
Analysis

Wilson Tarbox Hyperallergic, July 11, 2018 "The Communist leaders didn’t seem so happy. Why was the cow green? Why was the horse flying in the sky?...
Read more

isranet org - April 15, 2021 0
By Joel Goldenberg The Suburban May 17, 2017 On one hand, Canadians and North Americans as a whole are frequently told that there's a greater...