“It may be a calculated risk, but it’s one worth taking in the interest of allowing a weary population to continue leading something approaching a normal life.”

Five weeks after the omicron variant of COVID-19 was first identified in South Africa, the Israeli government seems to have come up with a strategy for dealing with it. For want of a better term, and because the government hasn’t articulated what this plan actually is, let’s call Israel’s strategy “choose your battles.”

In other words, since the new variant is too contagious to contain with the lockdowns, restrictions on movement and travel bans of the past, there’s really no point in having them anymore. The economy may as well remain open and, from the end of this week, Israelis will be able to travel abroad and continue gathering in shopping malls, sports stadiums and concert halls, hopefully with masks. Either way, omicron will continue to spread at unprecedented rates.

Another thing the government will be doing less of in the coming weeks is testing – the infrastructure simply can’t keep up with demand, which is expected to reach a million tests a day at the current rate. So tests will soon be available only to people with clear symptoms, medical personnel and at-risk groups. Also, quarantine requirements are being cut.

Meanwhile, the government will concentrate on what it can do – delivering vaccines to anyone over the age of 5, including a fourth dose for over-60s and stocking up on the new antiviral medications for those with a particularly serious case. A smaller proportion of patients with omicron are hospitalized, and the majority of Israelis who are vaccinated are very unlikely to develop serious symptoms if infected. It may be a calculated risk, but it’s one worth taking in the interest of allowing a weary population to continue leading something approaching a normal life. 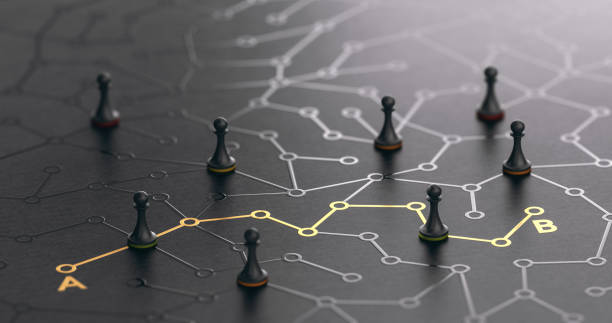 This is a reasonable strategy, backed by many of the public health experts advising the government – but not all of them. Some experts are arguing that even though omicron is almost certainly much less deadly than the previous variants and will cause far fewer hospitalizations, the current approach isn’t enough.

Omicron may be the predominant variant now, but the delta strain is still spreading, not to mention a nasty bout of seasonal flu. All this together could overwhelm the hospitals and de facto close the economy in the worst-case scenario of a quarter of the population catching omicron. Therefore, critics argue, the government should at least impose some restrictions to try to curb infections.

These are sound arguments as well, but it’s the government’s prerogative and indeed duty to take both medical and economic factors into account. With one faction of health experts against restrictions, it makes sense for the government to side with them rather than the faction calling for a mini-lockdown.

On Sunday night, Prime Minister Naftali Bennett held a prime-time press conference to explain the new strategy. Only he didn’t explain anything. He opened by saying that Israel had bought valuable time by closing its borders when omicron was first discovered, which is perfectly true. He said a fourth dose would be available, and those who hadn’t had their first three doses should get them immediately.

Which is also true, but hardly useful, as anyone who still hasn’t been vaccinated is either comatose or not about to listen to the prime minister’s admonitions. And though there have been exhortations to the public to shield the elderly and be responsible in general, there hasn’t been an overall vision of where Israel is and what the government is doing.

Instead of getting a clear idea from their prime minister, Israelis’ overall impression from the last few days is one of chaos as kilometer-long lines form outside testing centers and Israelis lose track of the changing guidelines. The general feeling isn’t one of being led by a government with a coherent strategy. It feels like a big mess.

This isn’t doing justice to Bennett and his government. In the nearly seven months since it took office, the daily management of the pandemic has improved. There are daily briefings each morning with all the government agencies supplying their data and assessments, and the process no longer revolves around one all-powerful prime minister and his tiny circle of aides. There is more input from a wider range of experts, and the cabinet ministers can all have their say if they choose to.

Sometimes arguments ensue, but as a whole, there’s a better exchange of ideas and informed decision-making. As a result, the Bennett government handled the delta wave much better, focusing on booster shots and the Green Pass, not another damaging lockdown.

So why isn’t the message getting through now?

It’s partly because Bennett has made the mistake of appointing himself the national presenter of COVID strategy. True, he doesn’t do this to the extent that Benjamin Netanyahu did, monopolizing airtime nearly every night, but when tries to explain his government’s decisions, he often ends up leaving Israelis more confused than they were before.

Bennett has many positive qualities, but he’s not a presenter, unlike Netanyahu, who early in his public career as a diplomat based in Washington took extensive training on how to appear on television. Netanyahu has spent the last four decades studiously polishing his act; it made sense for him to explain his COVID policies, such as they were.

Bennett on the other hand still hasn’t worked out his public persona. Sometimes he’s still the exuberant counselor in the Bnei Akiva youth movement, as he was as a teenager. Too often he’s the special-forces officer delivering staccato commands. Or the high-tech entrepreneur making a jargon-laden pitch to investors. None of this quite amounts to what this moment calls for – a storyteller adept at spinning a compelling narrative. Which is a pity because Bennett has a decent story to tell.

It’s not really his fault. He has fallen into the trap of trying to do better than his predecessor in an area that Netanyahu is the master of. This government needs a much better system of explaining its COVID policies to the public, and the prime minister shouldn’t be the main face of the effort. Ironically, in his partner due to become prime minister in the rotation government, Yair Lapid, Bennett has just the person with the perfect media skills.

But since the government’s inauguration, Lapid has been trying to distance himself from the COVID brief. On a personal and political level, it makes sense for him to focus on his job of foreign minister and leave the pandemic to others, but as the true architect of the governing coalition and the future prime minister, he should be taking more responsibility, especially in fields where Bennett is weaker. 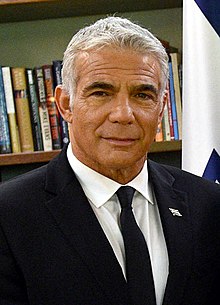 Lapid’s absence highlights the new government’s other main shortcoming in dealing with COVID. While Bennett’s collegial approach leads to more-informed decision-making, the coalition’s structure makes it harder for him to demand that each minister toe the line on implementation. He has no real power over the ministers from the other parties in the coalition, and this has led to clashes with Health Minister Nitzan Horowitz. Though Bennett and Horowitz usually overcome those quickly, the short flashes of anger are leaked to the media, creating an image of discord.

This is bad enough, but Bennett’s other problematic relationship with a key cabinet member is with Education Minister Yifat Shasha-Biton, who has continuously dragged her feet when it comes to implementing government policy in schools. Many Israelis experience the worst of the pandemic through their children being sent home to quarantine, which hasn’t improved their view of the government’s handling of the situation.

One lesson that world leaders learned during the past two years is that in their battles with the pandemic, the public will judge them not just based on their actions but also on their messaging. Bennett is learning this painful lesson now, and Israelis aren’t willing to pay his tuition.