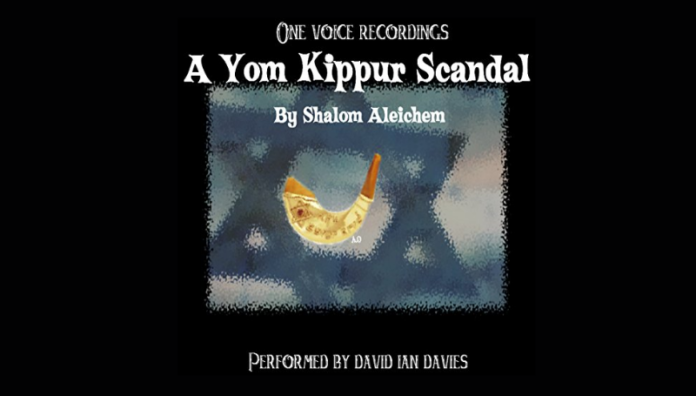 THE YOM KIPPUR CANTOR — SOMEONE TO ENVY

Translated from the Yiddish by Curt Leviant

IN ALL of Kasrilevke’s history, there was no finer funeral than Reb Melekh the Cantor’s. Reb Melekeh was a pauper, the poorest of the poor, just like the rest of the people in the shtetl of Kasrilevke. He was given that splendid funeral only because he died during ne’ilah, the closing service of Yom Kippur. Only the saintly die in this manner.

The sun was about to set. It was bidding goodbye to Kasrilevke, shining straight through the old synagogue and lighting up the men’s worn, dead tired faces, their yellow prayer shawls, and their white prayer robes, which made them look like living corpses.

These live corpses had long ceased to feel hunger. They just felt their life strength ebbing. They sat over their prayer books, swaying, refreshing themselves with spirits of ammonia and snuff, and singing along with the cantor.

Reb Melekh the Cantor, a handsome, long-bearded man with a thick neck, had been standing on his feet since early that morning. With outstretched arms he stood before the Creator and prayed devotedly, crying and pleading for mercy for the people who had chosen him to beg for forgiveness for their great sins and request that they be inscribed for a year of health and peace.

The people in the old synagogue could well depend on Reb Melekh as intercessor. First of all –- his voice. The old townspeople said that in his youth Reb Melekh had a voice as clear and sharp as the roar of a lion. When he opened his mouth, the walls trembled and the windows shook. But as of late, he had become a weeper. He cried as he sang, like a weeping willow and, looking at him, the entire congregation would burst into tears too.

As he grew older his voice became rusty and only the weeping remained -– but it was the sort of weeping that could move a wall, or wake the dead.

Hearing this, each person regretted his sins and prayed to God to erase, blot out, forget and forgive all their transgressions and grant them and their naked, barefoot and hungry children a good year. Having reminded themselves of their poor, innocent children, their hearts melted like wax, and they were ready to fast three more days and nights so long as the Eternal One would grant them a year of health.

Meanwhile, Reb Melekh rested and caught his breath. Now he cleared his throat and sang for a while in his old tremolo, and then resumed his plaintive cry: “Oy, Father in Heaven! Oy and vey!”

Suddenly, there was silence -– and the sound of a thump and a fall was heard.

Chaim the Shamesh ran over, then lifted the cantor. But Reb Melekh’s head hung down, his eyes half open, his face white as chalk, his lips ashen. A bitter smile played on his lips.

The whole congregation pressed forward. They put spirits of ammonia under his nose. They sprinkled water on his face. They pressed his temples. But it was to no avail. Reb Melekh the Cantor was dead.

WHEN A WOLF attacks the flock and devours a lamb, the rest of the lambs panic for a moment. Then they huddle together and tremble all over.

That’s what happened in the synagogue when Reb Melekh expired. First a tumult broke out. An eerie scream was heard from the women’s section. Tzviya, the cantor’s wife, had fainted. Looking at her, other women fainted too.

Reb Yozifl, the rabbi of Kasrilevke, signaled to the trustees and they banged on the prayer stands for silence. Chaim the Shamesh, who had led the morning service, went up to the pulpit and continued the ne’ilah service.

The entire congregation prayed until Reb Nissel blew the shofar, which officially brought Yom Kippur to a close. Then they immediately began the weekday evening service. After that they went out into the courtyard to recite the benediction for the New Moon. And then they went home to break the fast. Some did so by eating a quarter of a chicken, a remnant of the previous day’s sacrificial fowl. Some did so by having only bread, herring and water.

An hour after supper, the entire synagogue courtyard was packed with people. There was no room to breathe. Men and women, boys and girls, even babies, had gathered for the funeral.

The townspeople themselves took care of the details, not allowing the sextons the privilege. It was no small matter -– the cantor was an important person.

The night was bright and warm. The moon shone down on Kasrilevke, delighted with the poor people who had come to pay their last respects to Reb Melekh the Cantor before he took his long last journey. When the funeral procession stopped in front of the synagogue, Rabbi Yozifl began his funeral oration. And all the people wept.

“Cry, then, fellow Jews, mourn this saintly man whom we have lost. Beg him to intercede for us before the Seat of Glory. Perhaps he will pray that we all have a year of peace and health. For it is high time that God had mercy on Kasrilevke and its Jews.”

Everyone wept. Tears streamed from their eyes and they felt they had sent a fine emissary to God on their behalf.

At that moment, each person wished he were in Reb Melekh’s shoes.

It seemed that Rabbi Yozifl forgot that he was addressing a corpse, for he finished his eulogy with these words: “Well, then, go in peace, stay healthy and may you have lots of mazel.”

For a long time thereafter, the folks in Kasrilevke talked about Reb Melekh the Cantor’s death and about the fine funeral he had had. Mentioning it, they sighed: “Ah, yes! There was someone to envy.”

Curt Leviant’s most recent books are his ninth and tenth novels, the widely praised King of Yiddish and Kafka’s Son

isranet org
Previous articleSo You’ve Been Canceled: A Yom Kippur Atonement Guide
Next article“We Were All Born in Jerusalem”: A Never-Before-Translated Speech by Menachem Begin