A Prayer for the Days of Awe 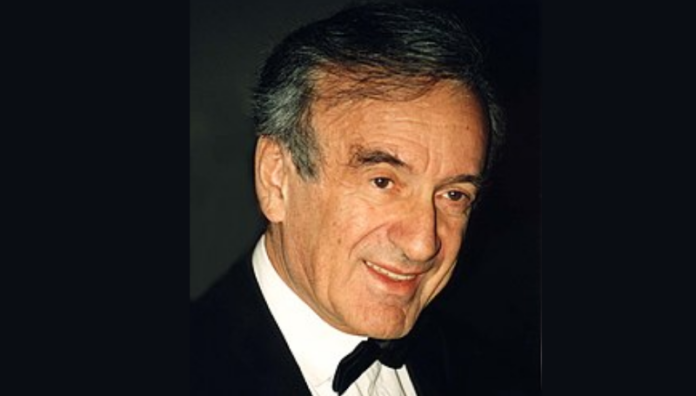 Master of the Universe, let us make up. It is time. How long can we go on being angry?

More than 50 years have passed since the nightmare was lifted. Many things, good and less good, have since happened to those who survived it. They learned to build on ruins. Family life was re-created. Children were born, friendships struck. They learned to have faith in their surroundings, even in their fellow men and women. Gratitude has replaced bitterness in their hearts. No one is as capable of thankfulness as they are. Thankful to anyone willing to hear their tales and become their ally in the battle against apathy and forgetfulness. For them every moment is grace.

Oh, they do not forgive the killers and their accomplices, nor should they. Nor should you, Master of the Universe. But they no longer look at every passer-by with suspicion. Nor do they see a dagger in every hand.

Does this mean that the wounds in their soul have healed? They will never heal. As long as a spark of the flames of Auschwitz and Treblinka glows in their memory, so long will my joy be incomplete.

What about my faith in you, Master of the Universe?

I now realize I never lost it, not even over there, during the darkest hours of my life. I don’t know why I kept on whispering my daily prayers, and those one reserves for the Sabbath, and for the holidays, but I did recite them, often with my father and, on Rosh ha-Shanah eve, with hundreds of inmates at Auschwitz. Was it because the prayers remained a link to the vanished world of my childhood?

But my faith was no longer pure. How could it be? It was filled with anguish rather than fervor, with perplexity more than piety. In the kingdom of eternal night, on the Days of Awe, which are the Days of Judgment, my traditional prayers were directed to you as well as against you, Master of the Universe. What hurt me more: your absence or your silence?

In my testimony I have written harsh words, burning words about your role in our tragedy. I would not repeat them today. But I felt them then. I felt them in every cell of my being. Why did you allow if not enable the killer day after day, night after night to torment, kill and annihilate tens of thousands of Jewish children? Why were they abandoned by your Creation? These thoughts were in no way destined to diminish the guilt of the guilty. Their established culpability is irrelevant to my ”problem” with you, Master of the Universe. In my childhood I did not expect much from human beings. But I expected everything from you.

Where were you, God of kindness, in Auschwitz? What was going on in heaven, at the celestial tribunal, while your children were marked for humiliation, isolation and death only because they were Jewish?

These questions have been haunting me for more than five decades. You have vocal defenders, you know. Many theological answers were given me, such as: ”God is God. He alone knows what He is doing. One has no right to question Him or His ways.” Or: ”Auschwitz was a punishment for European Jewry’s sins of assimilation and/or Zionism.” And: ”Isn’t Israel the solution? Without Auschwitz, there would have been no Israel.”

I reject all these answers. Auschwitz must and will forever remain a question mark only: it can be conceived neither with God nor without God. At one point, I began wondering whether I was not unfair with you. After all, Auschwitz was not something that came down ready-made from heaven. It was conceived by men, implemented by men, staffed by men. And their aim was to destroy not only us but you as well. Ought we not to think of your pain, too? Watching your children suffer at the hands of your other children, haven’t you also suffered?

As we Jews now enter the High Holidays again, preparing ourselves to pray for a year of peace and happiness for our people and all people, let us make up, Master of the Universe. In spite of everything that happened? Yes, in spite. Let us make up: for the child in me, it is unbearable to be divorced from you so long.