A Party of Extremists 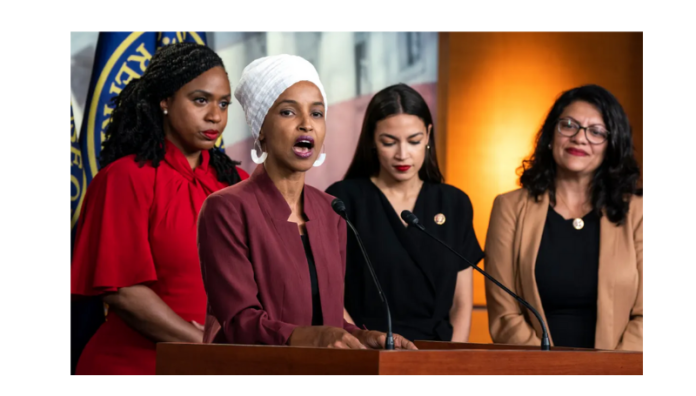 THE Democratic Party’s so called “moderates” have had it with Reps. Alexandria Ocasio Cortez of New York, Ilhan Omar of Minnesota, Rashida Tlaib of Michigan and other members of the Squad. These “centrists” are laboring to separate themselves semantically from these neo-Marxists, although their differences end there.

These “middle-of-the road” Democrats call themselves “normal.” If they keep parroting that word, their feathers will turn green.

● “If you want a Senator who runs as a Socialist, feeds the GOP attack ads, & didn’t help with infrastructure, I’M NOT YOUR GUY,” Rep. Conor Lamb of Pennsylvania recently pleaded via Twitter. “I’m a normal Democrat who supports jobs & wins elections.”

● Rep. Donald McEachin of Virginia said voters want to “return to normal as quickly as possible.”

● “People are fatigued and confused, and they want to get back to their normal lives,” observed state Sen. Loretta Weinberg of New Jersey.

When these allegedly moderate Democrats call themselves “normal,” this suggests that those further Left are abnormal. How insulting! The Squad should demand an immediate apology. Indeed, they are the Democrats’ new normal.

The American Conservative Union’s recently modernized Web site makes it a snap to review senators’ and House members’ votes clear back to 1972. Running from 0 for most liberal to most conservative at 100, the ideological spectrum cleaves into thirds: left (0 to 33), middle (34 to 66) and right (67 to 100). Moderate Democrats should inhabit this center slice. Good luck finding them there. “Normal” Democrats who loudly claim to be in the middle are on the left — often deeply so.

McEachin clocks in at 5.68. Spanberger?

● Vice chairman for policy Scott Peters of California is NDC’s most right-wing leader, with a whopping 8.2.

All eight non-freshmen NDC leaders are within ACU’s farthestleft decile. Those who represent moderate House Democrats vote conservatively less than 10 percent of the time. In what world does this put them at the center of anything?

For 2020, three GOP senators and 34 Republican House members rated in the middle third versus zero Democrat senators and only one House Democrat: New Jersey’s Jefferson Van Drew with a 46. He since has defected to the GOP.

“The data speak for themselves,” ACU Chairman Matt Schlapp told me. “The most radical elements of the Left have hijacked the Democrat party.”

Moderate Democrats are now mythical creatures, like dragons and unicorns. Nothing remains but Leftists and far Leftists. Your father’s normal Democrat Party is far, far away.