A Nightmare for the Right

“Who needs a Palestinian state in Judea and Samaria when one is being established in the Negev?”

The so-called “pro-change” government is shaping up to be blatantly left-wing, yet there are those who continue to claim it won’t be such a bitter pill to swallow. After all, Yamina party head Naftali Bennett, New Hope leader Gideon Sa’ar, and even Yisrael Beytenu chief Avigdor Lieberman were once on the Right. Let us recall the balance of power in this coalition: nineteen lawmakers from “right-wing” parties and 42 from the Left. If we start with the nation-state law, we will recall that Lieberman has already switched to the other side. In other words, a majority of coalition members will support an amendment to the law.

What about Labor party leader Meirav Michaeli’s appointment as transportation minister? What will become of current Minister Miri Regev’s plan for Judea and Samaria? The expectation that plan, which David Elhayani, the head of the Yesha Council, the umbrella organization of Jewish localities in Judea and Samaria, said “connects the settlements to the remaining parts of the country and creates sovereignty in practice,” will go forward is unrealistic, to say the least.

What about the significance of the head of the Islamist Ra’am party heading the Knesset’s Internal Affairs and Environment Committee, which deals not only with local authorities and their budgets but issues pertaining to the entry to and exit from Israel?

One can already see a “tormented” Yamina’s Ayelet Shaked trying to prevent the entrance of an anti-Israel activist as Ra’am argues the counterpoint at a committee meeting. What about the status of Jerusalem? The capital, just like the issue of settlement affairs, no longer needs a special minister. Why would we provoke the sovereignty demons in the capital or on the Temple Mount? No construction, no worries, right?

Let us not forget the announcement by Meretz’s Esawi Frej, who is set to serve as regional cooperation minister. He has promised to promote the establishment of a Palestinian state in his world travels. In perfect corporation with some painful concessions in the south – the cancellation of the Kaminitz Law [believed by some to target illegal Arab construction], the regulation of illegally established communities, and a multi-year budget of 52 billion shekels – this amounts to the reconquering of land alongside legal and budgetary institutionalization. Who needs a Palestinian state in Judea and Samaria when one is being established in the Negev?

Yet all hope is not lost. Yesh Atid head Yair Lapid, Blue and White chief Benny Gantz, Michaeli, and Meretz party chief Nitzan Horowitz will all be members of the Diplomatic-Security Cabinet, and we can count on them to take on the legal attack on Israel at The Hague.

This will happen at the same time as Michaeli stops the transfer of funds to Hamas and starts negotiations to restore the Palestinian Authority to power in the Gaza Strip. As for the Iran nuclear deal, there are no words. Is there any chance those who supported the terrible deal will oppose the “amended” new deal?

Nevertheless, there must be some “right-wing” achievement? After all, both Shaked and Sa’ar will be in the government. Shaked’s “achievement” of securing half a term in the Knesset’s Judicial Selection Committee will likely conclude with the appointment of Attorney General Avichai Mendelblit and former State Prosecutor Shai Nitzan to the Supreme Court. 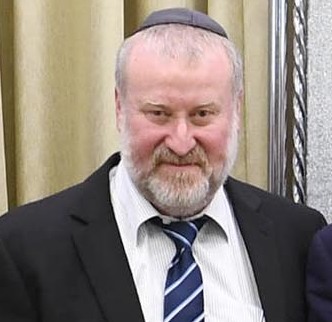 This within the framework of the ongoing surrender to the High Court of Justice on the conversion law, the continued cancellation of Basic Laws, and ultimately, the cancellation of the Law of Return.

And yet, there’s still hope. If only they find a genuine right-winger somewhere among the plethora of “right-wing” parties in Sodom.

Dan Friedman Forward, May 25, 2021 "I was shocked my private Instagram could be added into a group of such hateful behavior. What made it even...
Read more
Analysis

Brendan O’Neill Spiked, May 16, 2021 "This is the perverse position the woke left now finds itself in. It sees prejudice everywhere except where it actually...
Read more
Analysis

Daniel Johnson The Article, May 17, 2021 "None of these Left-wing anti-Zionists acknowledged the legitimacy of the Jewish State, because they do not accept its existence....
Read more