A New Weapon Against Israel: “Veganwashing” 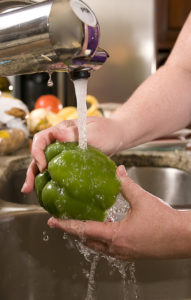 For half a century, Israel was accused of just about every atrocity under the sun. This particular accusation, though, takes the cake. In case you missed it, a new term has joined the entourage of anti-Israel jargon making the scene in today’s universities – veganwashing.

What is veganwashing, you ask? It’s supposedly a Jewish and Israeli conspiracy to use veganism as a way of life (something to be commended) in order to distract the world from Israel’s human rights “crimes” against the Palestinians. It’s similar to “pinkwashing– the accusation that Israel whitewashes its crimes against the Palestinians by supporting the LGBTQ community. Israel’s actual respect for all human beings regardless of sexual orientation is, of course, nothing but abut a political ploy.

On August 8, 2018, a conference was held at the University of Toronto’s OISE (Ontario Institute for Studies in Education) to denounce Israel for its audacity to encourage veganism. “No Veganwashing Israeli Crimes,” the conference’s title brazenly shouted, adding yet another hyperbolic verb into BDS’s developing vocabulary.

As expected, also included on the agenda was the propagation and promotion of BDS. The organizing sponsors were: Animal Liberation Currents and Vegans for BDS; Canadian BDS Coalition, Socialist Project, Toronto BDS Action and the Centre for Social Justice.

Kerri Morrison, a vegan for seven years, was horrified when she first got wind of the conference in May. She recalled, “Several of us who were concerned about the anti-Semitic nature of this event, and contacted Friends House, where the conference was scheduled to take place, to ask them to rescind their agreement with this group. They never answered.”

A week before the event was to take place; they discovered that organizers had changed the venue to OISE. “I believe they withheld this information as long as possible because they feared protests,” Kerri said.

Kerri and her group sent protest letters to the Dean of OISE, Dr. Glen Jones, asking him to bar the conference because of its racist and anti-Semitic nature. The Dean refused based on the principle of “free speech.”

Outraged, she answered: “Free speech is one thing. Hate speech is another. If you wouldn’t permit other racist organizations to hold events at your school, why would you allow this racist group?” Kerri never heard back.

The conference was held in a large classroom. Refusing to take this lying down, protesters bought tickets and arrived with signs, as well as printed material with facts about Israel to counter the lies. Despite the group’s claims that the event was sold out, there were many empty seats, reports Kerri. They weren’t allowed to speak, and were brusquely escorted out of the room. So much for OISE and the principle of free speech.

Factual truth is at serious risk today, especially in our universities. Our educational institutions must ensure that the scourge of anti-Semitism never becomes normalized within these academic institutions. Anti-semitic conferences such as these must be opposed by the organized Jewish community and allied groups and stopped quickly by whatever legal means are necessary.